The 2nd Dam Removal on the Hiitolanjoki River Has Begun

The Second Dam Removal on the Hiitolanjoki River Has Begun 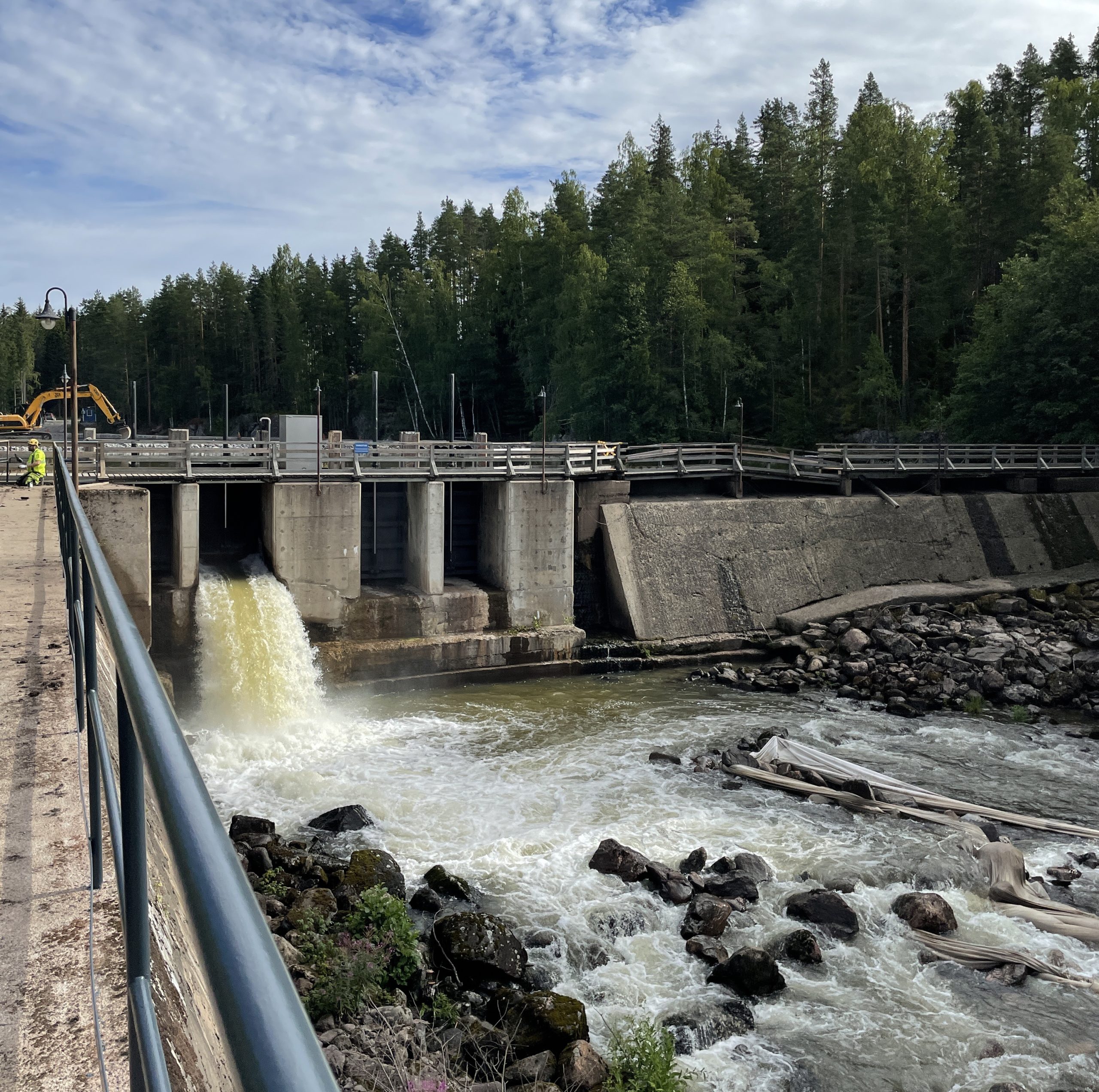 On July 31st, 2022, the removal of the Lahnasenkoski Dam in Finland began! This removal is part of a series of 3 dam removals on the Hiitolanjoki River, and has become the largest dam removal project in Finland’s history.

The dams built on the Hiitolanjoki have blocked the access of Ladoga landlocked salmon and brown trout to their breeding grounds since the 20th century. The extremely endangered landlocked Salmon stalrted multiplying in the area shortly after the first dam was dismantled! The removal of the second dam will bring even more benefits to these species and the overall ecosystem health. 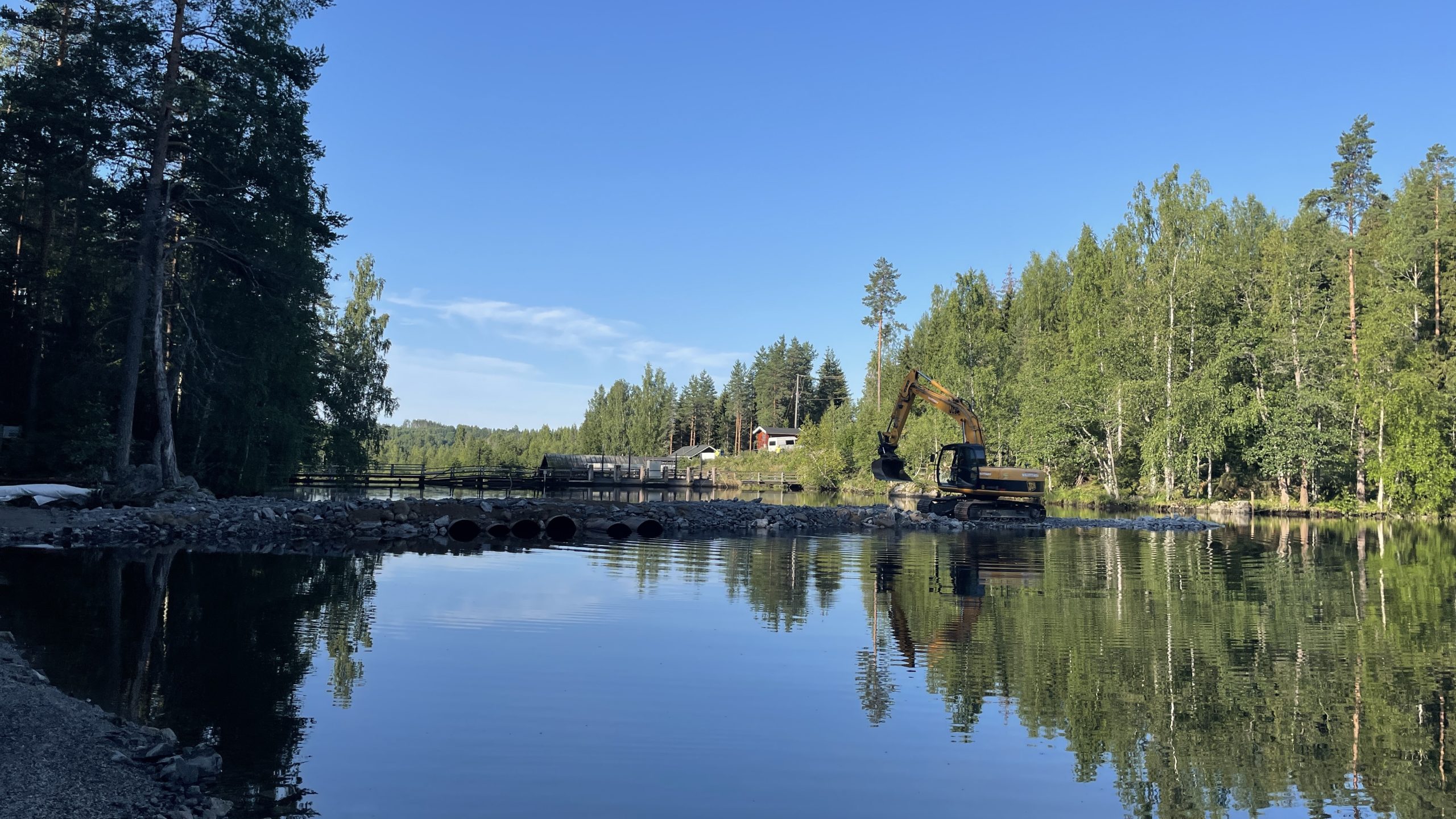 Lahnasenkoski likely got its name because of the favorable shelter for fish located below the rapid. This full-flowing riverbed is sometimes referred to as Lahnalampi (a bream pond), and significant fish catches can be made here. The construction height is 8 m, the capacity is 0.8 MW, and the average annual electricity generation is 4,500 MWh.

The South Karelia Recreation Area Foundation purchased the Lahnasenkoski power plant property in 2017 from Vantaan Energia Oy. The rapid restoration plan was submitted to the permit processing of the Regional Authority of Southern Finland. 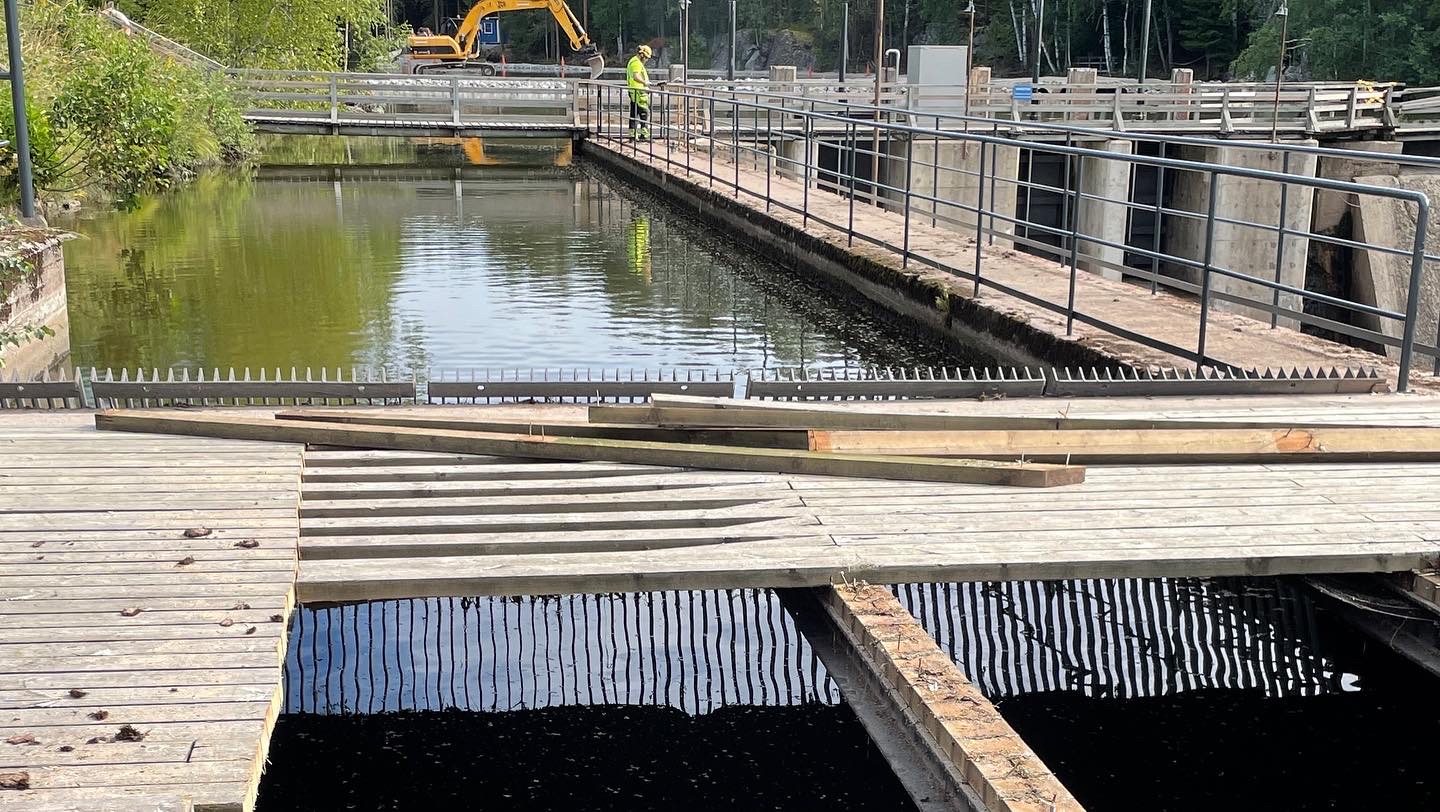 The removal of the dam is underway as of July 31st, 2022, and the dam will be completely removed in a couple of weeks. On August 15th, the turbines will be taken out, and the water will be turned to run again through the power canal. This will allow the power dam to be removed, and permit the restoration of the rapids without water. 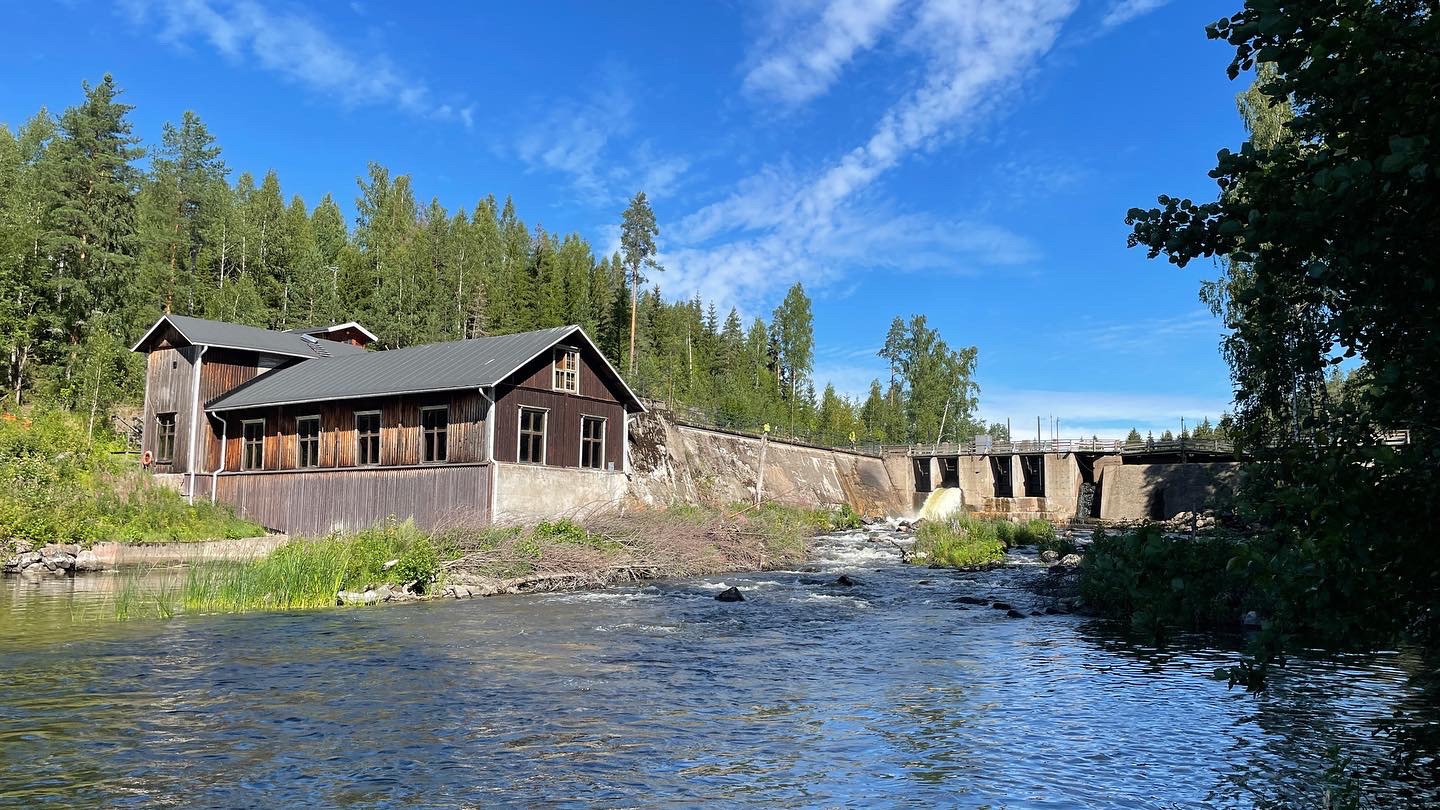 The Oldest Wooden Power Station in Finland, and Tourism Potential

Simpele Oy, a producer of fine-grained brown paper, needed more power at the beginning of the 20th century for its mill. The hydroelectric power station on the highest rapids of Hiitolanjoki, Juvankoski, was already operating and provided electricity to the sawmill and then to the mill. Therefore, it was decided to continue the construction on the lower rapids. The Lahnasenkoski Power Plant, designed by engineer Axel Söderlund, was built in 1911 and became the first power station to generate electricity on the Hiitolanjoki River.

The power plant functioned with almost all the original equipment until the 21st century. In 2001, Vantaan Energy Oy acquired the Lahnasenkoski power plant, which, like Ritakoski, installed four compact Waterpumps Oy turbines. In the old power station there is a museum exposition, access to which can be obtained in the municipality of Rautjärvi.

While visitors do not yet have access to the construction site, the South Karelian Foundation is working to develop wheelchair-accessible routes, and construct a new picnic area and a bird watching tower. The recreation facilities will be finished next Spring, and a grand opening event will likely take place.