Removal of Salantai Dam has Begun

Removal of Salantai dam has begun! 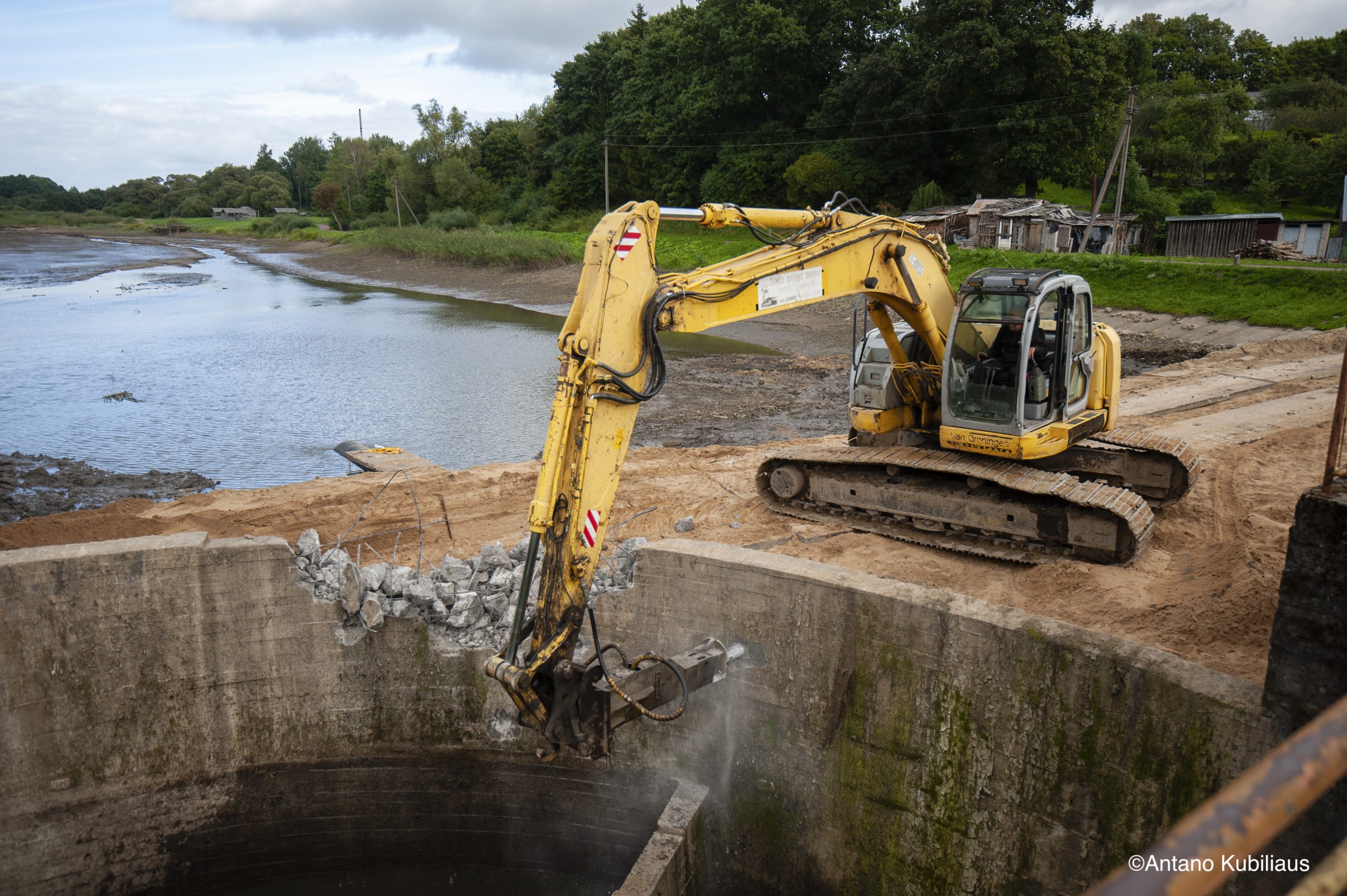 One year ago Lithuania celebrated its first dam removal. This week, the process of the second dam removal began. This second dam removal marks a new beginning for restoring rivers in Lithuania, as this project was initiated by the Ministry of Environment of the Republic of Lithuania, and is managed and executed by Salantai regional park administration. This project has a symbolic meaning as it shows that even large dam removals are possible.

From the beginning of 2021, the news about the planned removal of the Salantai dam caused a strong backlash from a part of the local community. On one hand the dam and the reservoir are situated in the middle of a small town (up to 2000 people) and has a strong a socio-economical value, but on the other hand the river runs through NATURA 2000 sites and is important for sea trout and lamprey populations and thick shelled river mussel survival.

The municipality, local community representatives, fishermen, scientists and the representatives of the ministry of Environment and Environmental protection agency were presented with 4 possible plans to restore the connectivity of River Salantas. Due to a combination of reasons, the option to remove the dam was chosen. One of the primary reasons was economic, as the municipality lacks the financial resources to renovate the dam and clean the reservoir regularly. The other was ecological, as the removal will restore connectivity for 46 kilometres of the Salantas River and its tributaries.

In addition to the dam removal, there are plans to construct 3 artificial trout spawning grounds and a 460m2 wetland area within the restored river stretch. The recreational needs of the local community were also considered in the project—there will be a 0,54 hectare dug out pond incorporated in the river’s system.

This project is a part of the Action plan and implementation of the Water Sector Development for 2017-2023 Programme in Lithuania. After 4 years of discussions and preparations the process to remove the dam by emptying the reservoir has started and will continue throughout September. 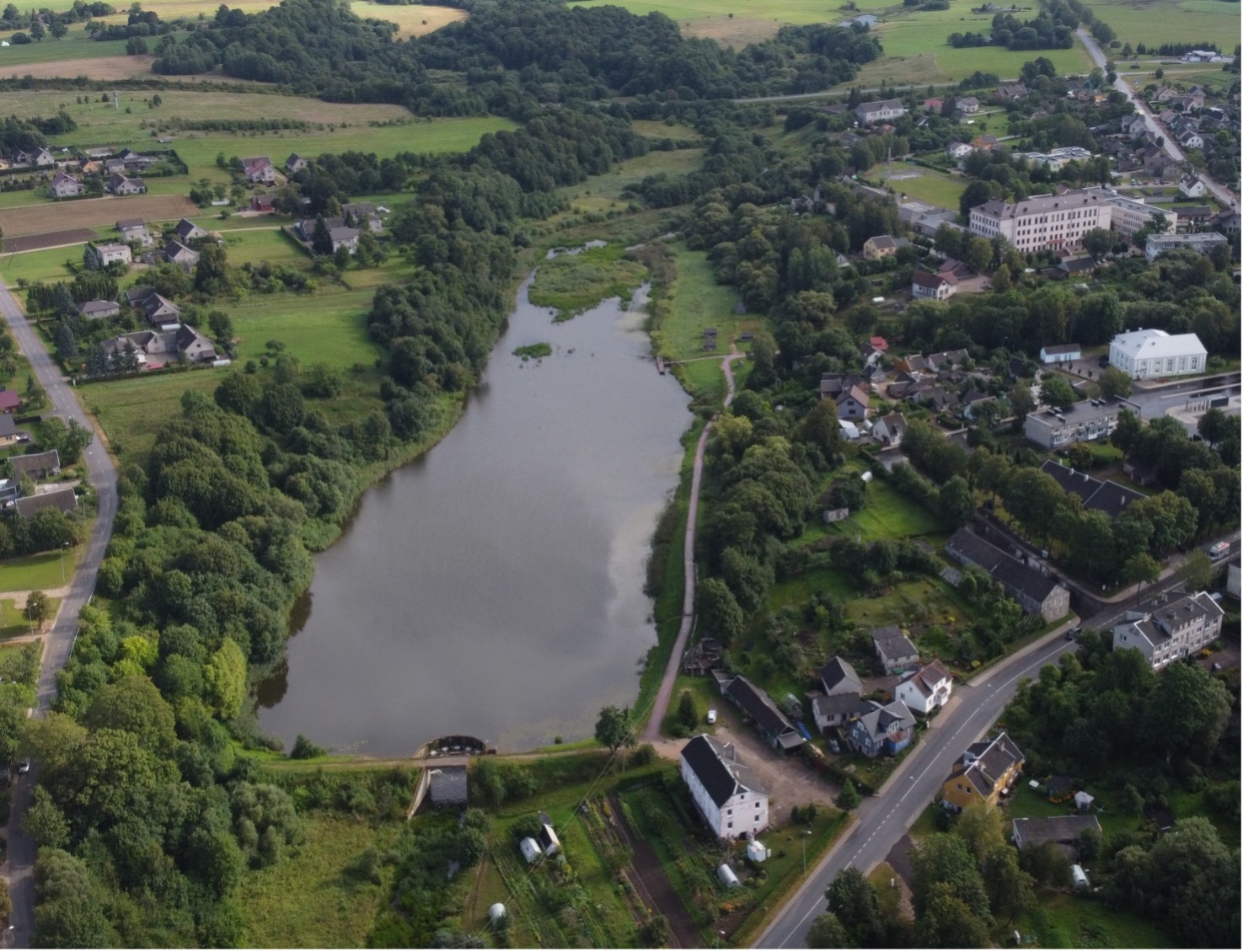 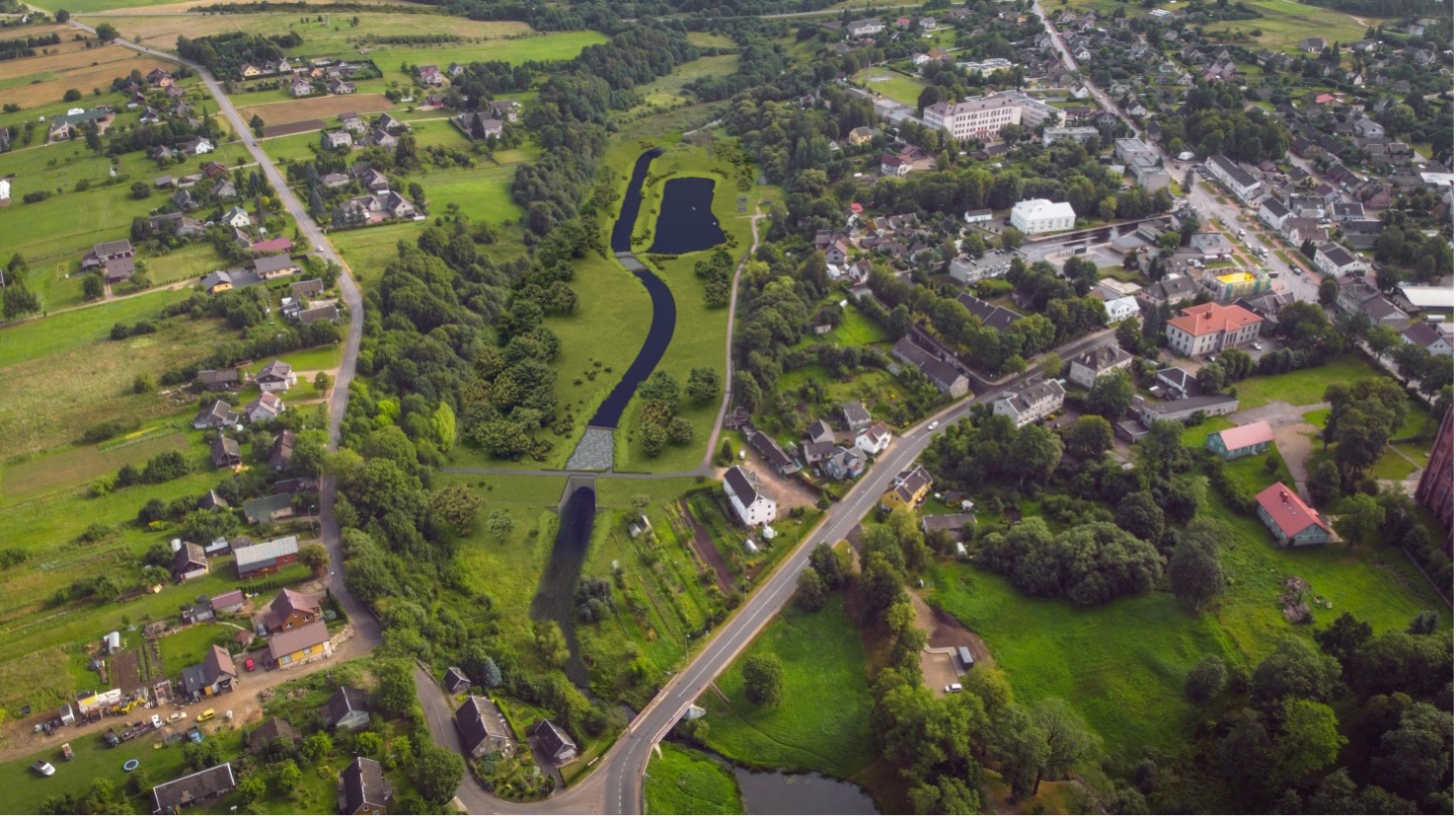 River Salantas after the project 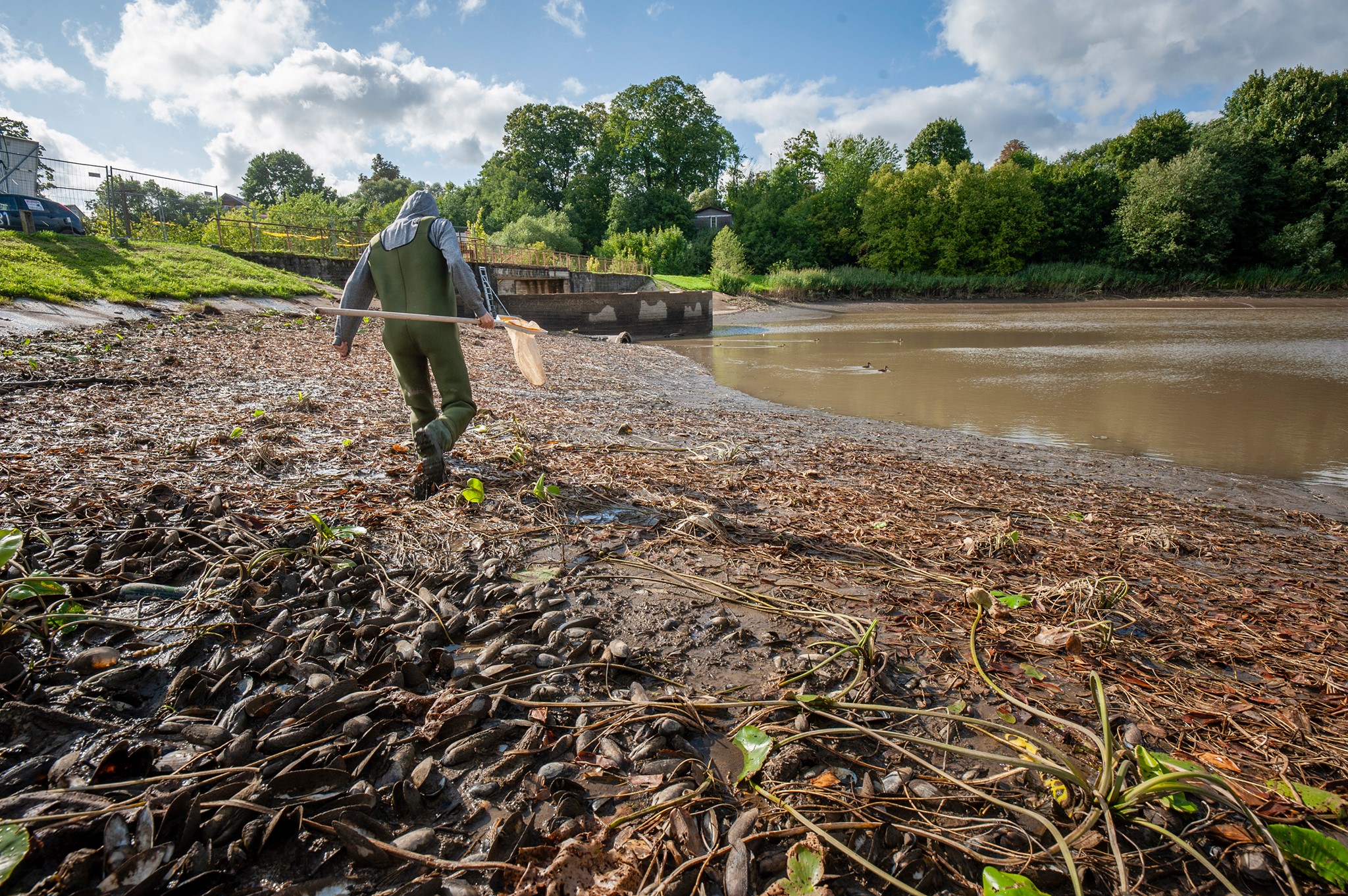 Salantai dam and empty reservoir at the start of removal process 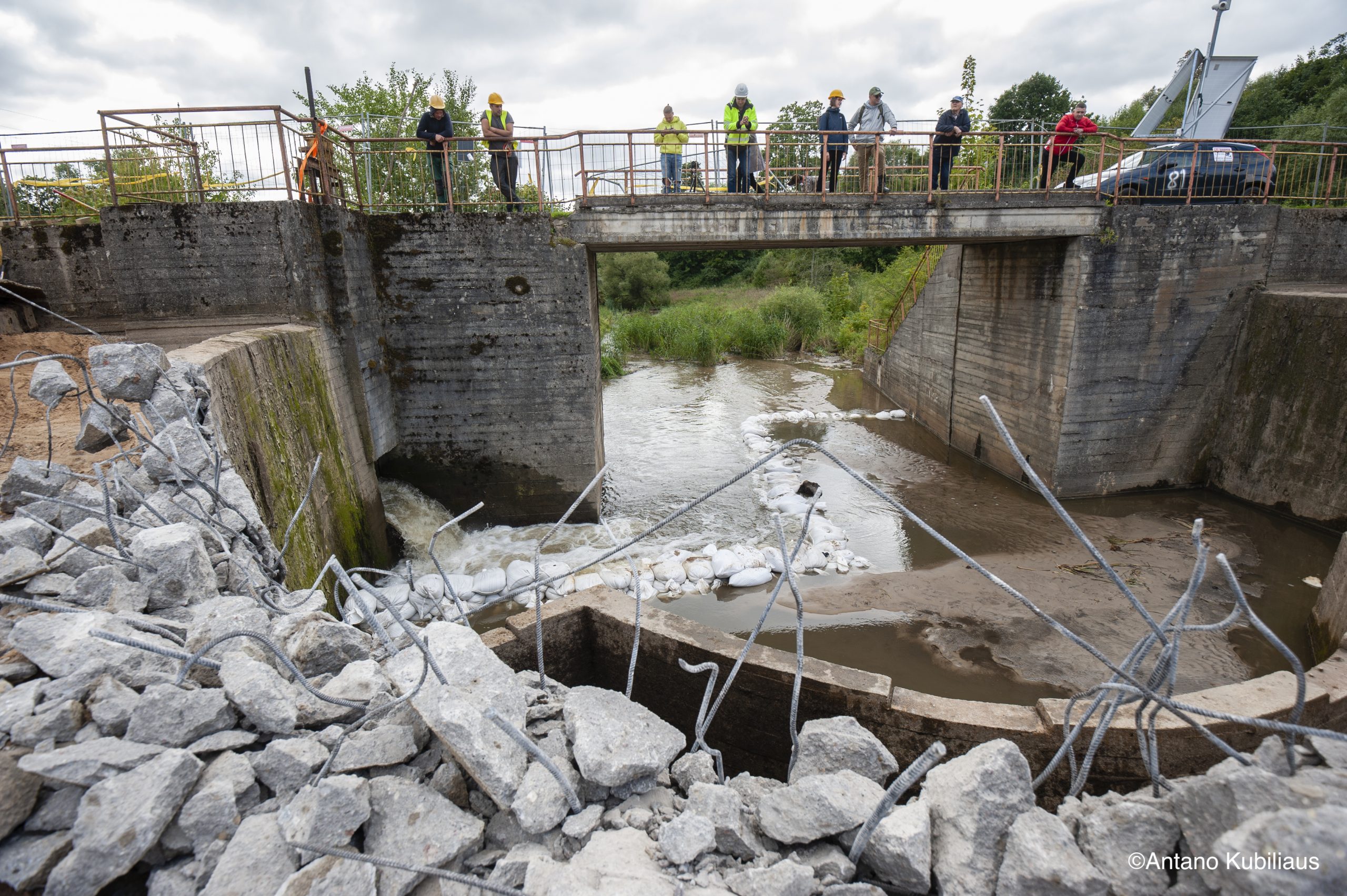 The dam removal team at the project site. 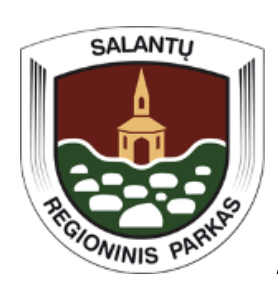