A 106-year-old hydro dam was dynamited in Norway

River Tromsa is located in south-central Norway, about 250 km north of Oslo (Fig. 1). It is a tributary of River Lågen (or Gudbrandsdalslågen), a 204-km long river that runs through a large valley before emptying into Lake Mjøsa, Norway’s biggest lake. Since 1916, the corridor of River Tromsa had been fragmented by a 9 m high dam located 950 m upstream its conjunction with River Lågen, near Fåvang town, in Innlandet (latitude: 61.45770, longitude: 10.19871). The dam was initially built to power a mill and later it was used to power a hydroelectric power plant. In 1950, the dam became inactive due to a flood, and remained so due to the high cost needed to fix the damage. 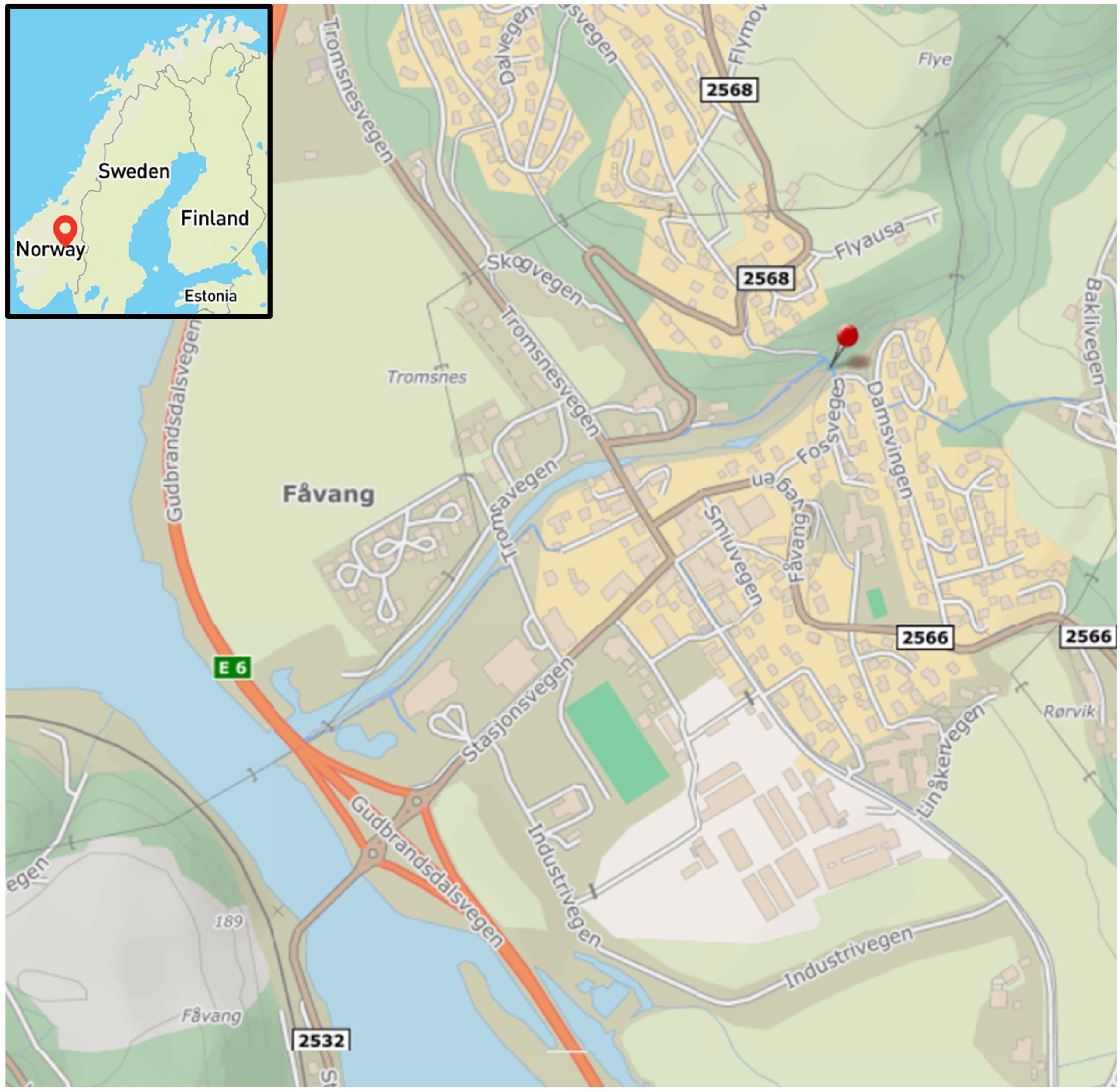 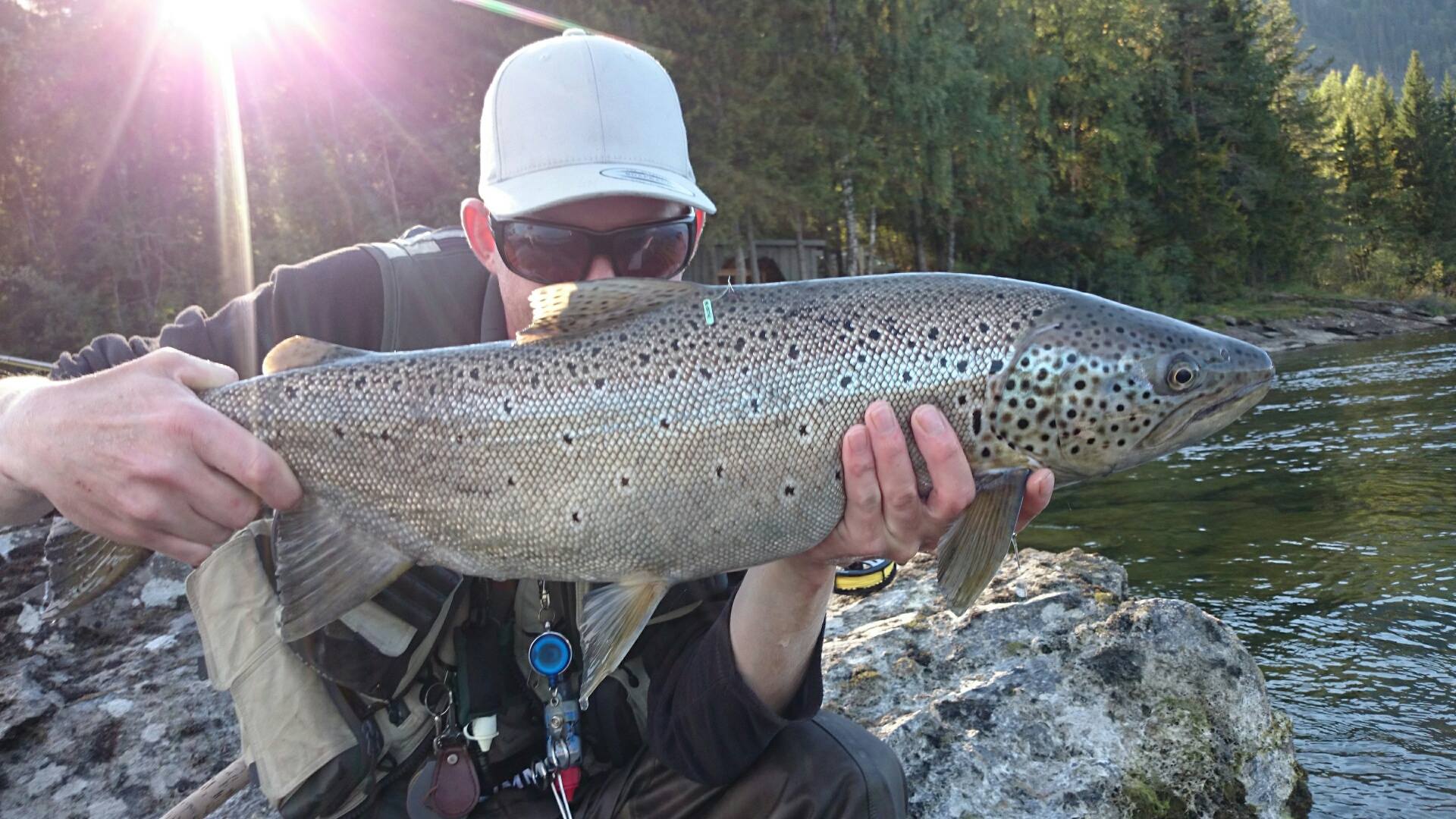 The campaign for the demolition of the dam that littered River Tromsa for over a century lasted for 5 years. It was led by Tore Solbakken who heads up the Norwegian sports fishing club Gudbrandsdal Sportsfiskeforening (Fig. 3). Since this dam was privately-owned, initially, Tore had to approach the owner and secure his consent. A dam removal expert was hired to estimate the feasibility of the demolition and the total cost of the project. Approximately 3.200.000 NOK (~337.000 Euro) were needed to execute this removal, amount that was covered by the Norwegian government, since Norway reserves fundings to finance barrier removals and river restoration projects at a national level. 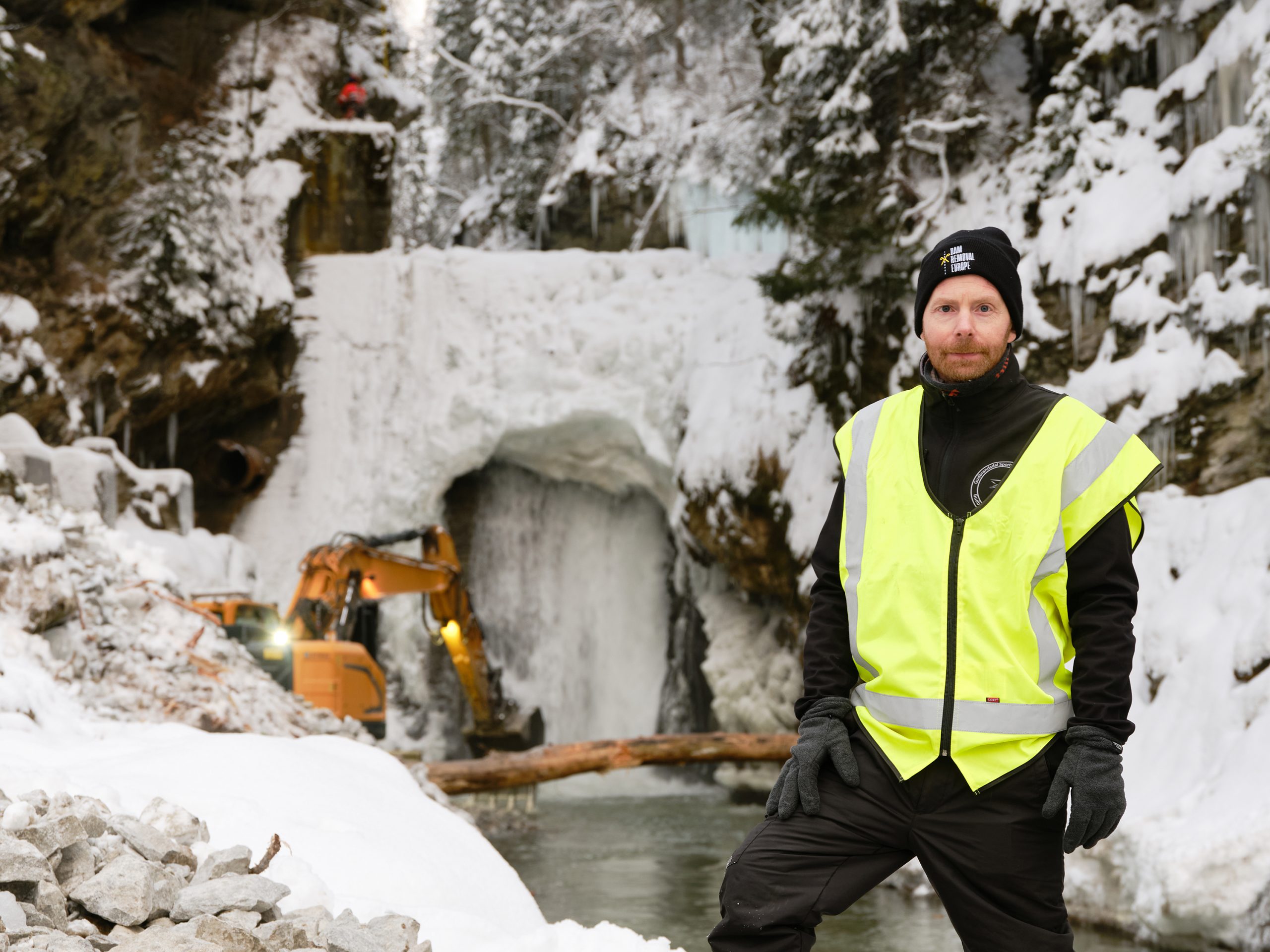 Figure 3. Tore Solbakken in front of the dam at River Tromsa during the demolition operations in January 2022 (photo by Rob Kleinjans)

“Norway is a major hydropower country. Removing dams here isn’t normal. But it’s not controversial if you’re removing old dams that are not in use.“  said Tore Solbakken to The Guardian.

Before the dam removal, a road was constructed to get access to the structure (Fig. 4). Since the project was executed in mid-January, the dam was covered by a thick layer of ice (Fig. 5), which was removed by an excavator (Fig. 6). 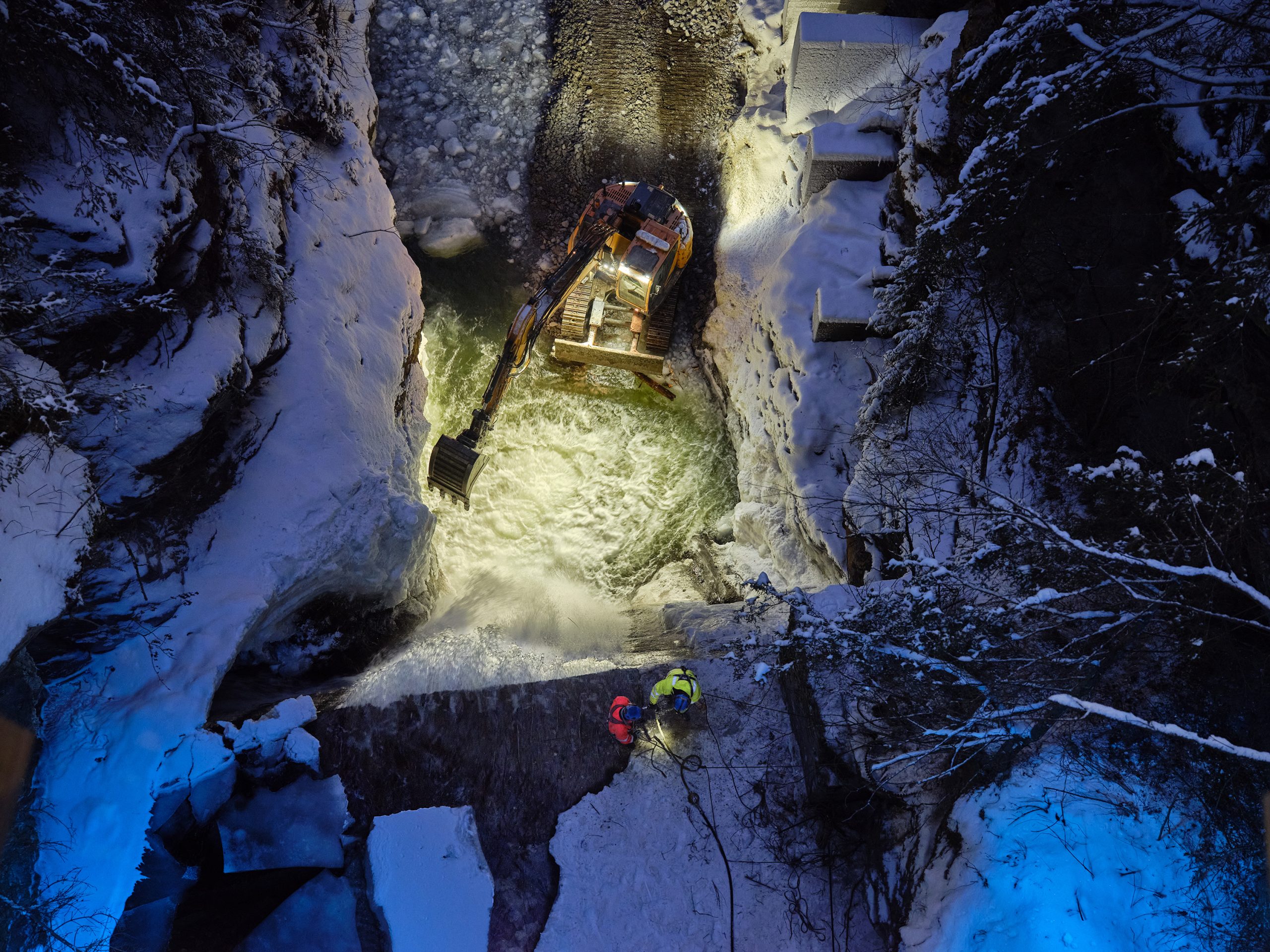 Figure 4. Construction of road to get access to the dam at River Tromsa in January 2022 (photo by Rob Kleinjans)

Video of operations prior to removal

“The elderly owner of the dam thought I was crazy because it was very expensive. He said to me that if you get the money, and it’s not going to cost me money to remove it, then yeah, of course.“ said Tore Solbakken to CBC Radio and “As It Happens” show regarding the owner’s reply to his request to remove the dam.” 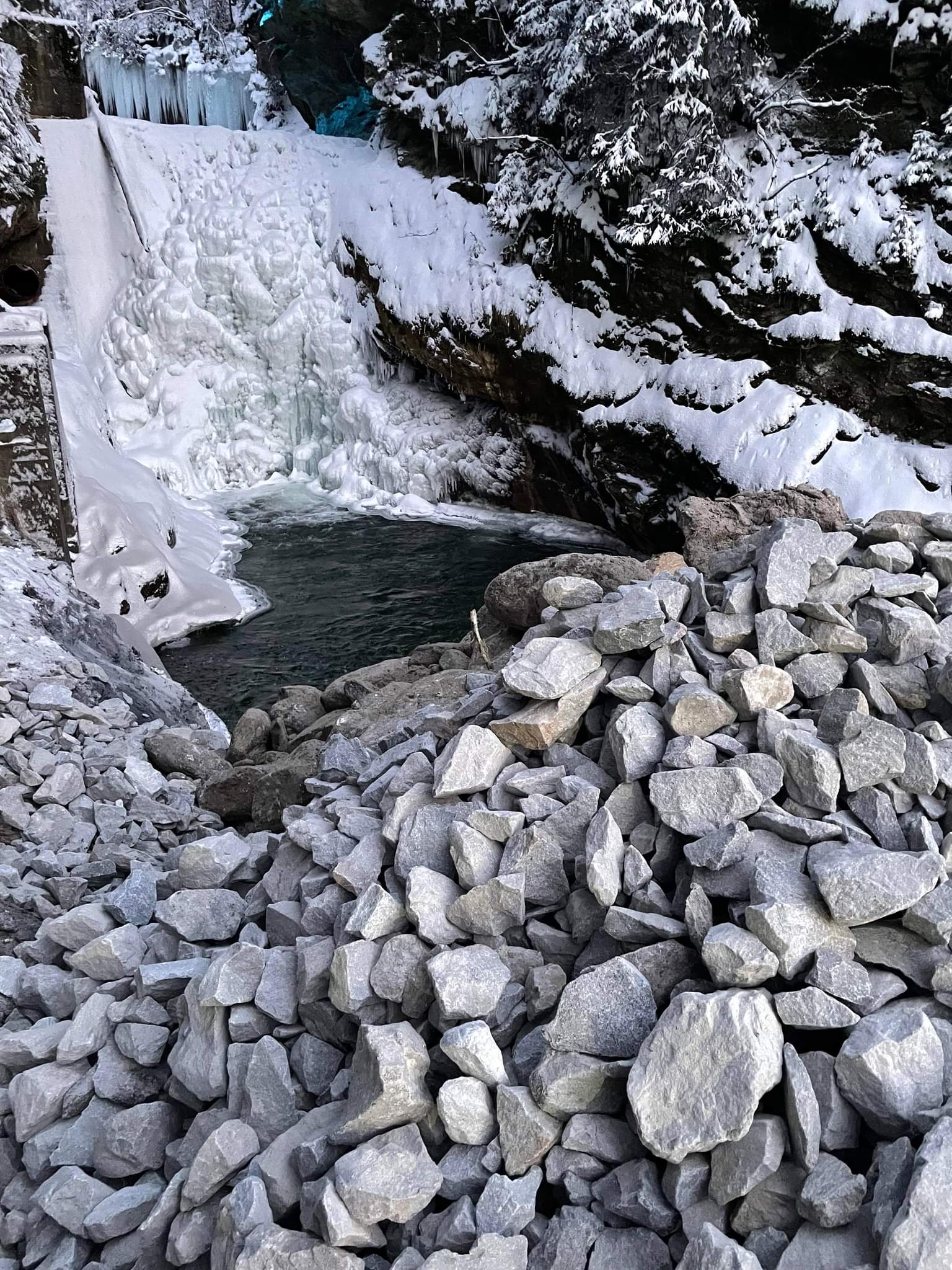 Figure 5. The dam at River Tromsa covered in ice in January 2022 (photo by Tore Solbakken) 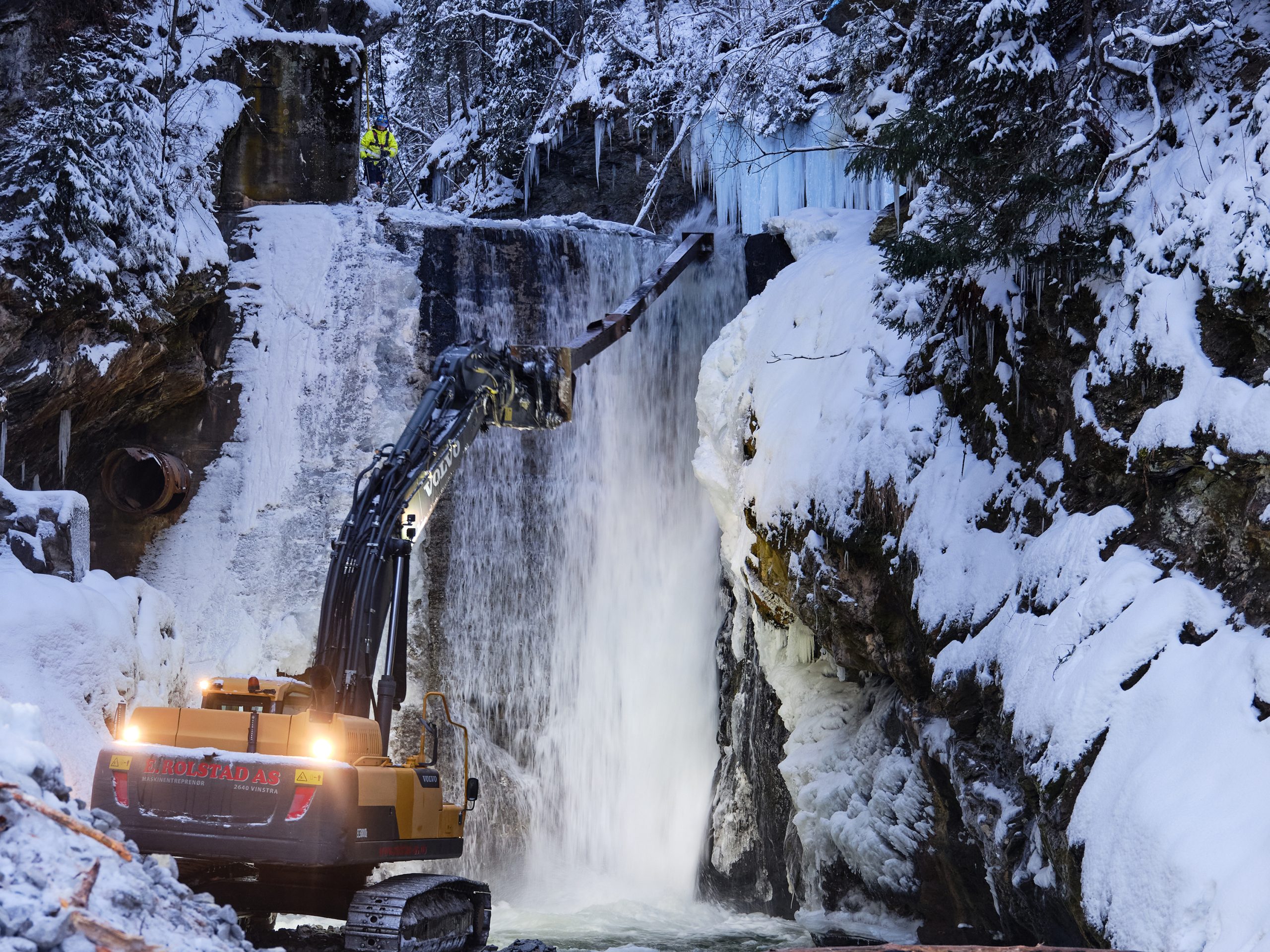 Figure 6. Removal of ice covering the dam at River Tromsa in January 2022 (photo by Rob Kleinjans)

Subsequently, five holes were drilled along the head of the dam and 20 kg of dynamite were placed into each one of them (Fig. 7). The detonation caused the dam to crack, and the debris was removed afterwards by an excavator (Fig. 8). 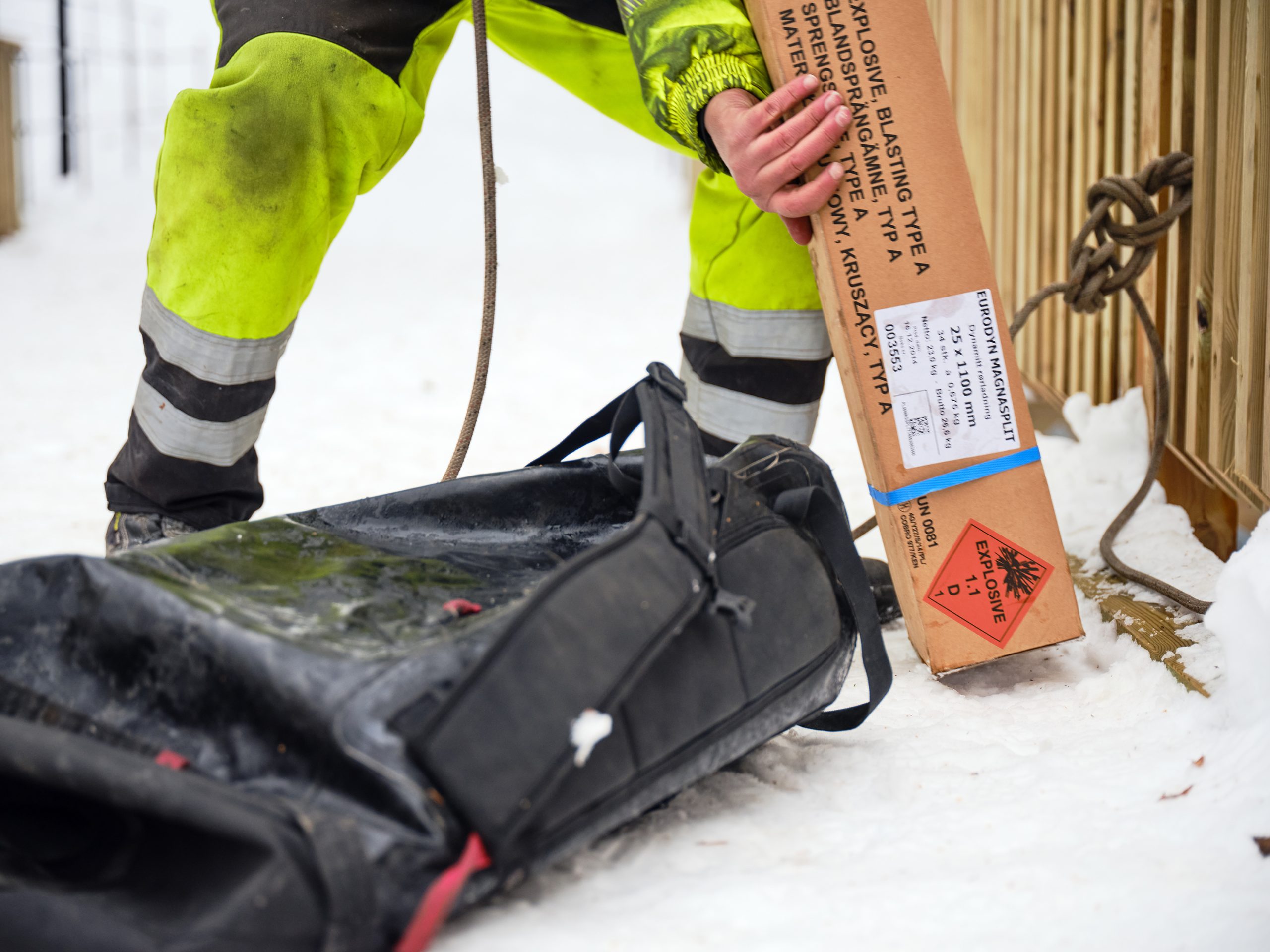 Figure 7. (top) Drilling holes on the head of the dam at River Tromsa in January 2022, (bottom) explosives used to blow up the dam (photos by Rob Kleinjans) 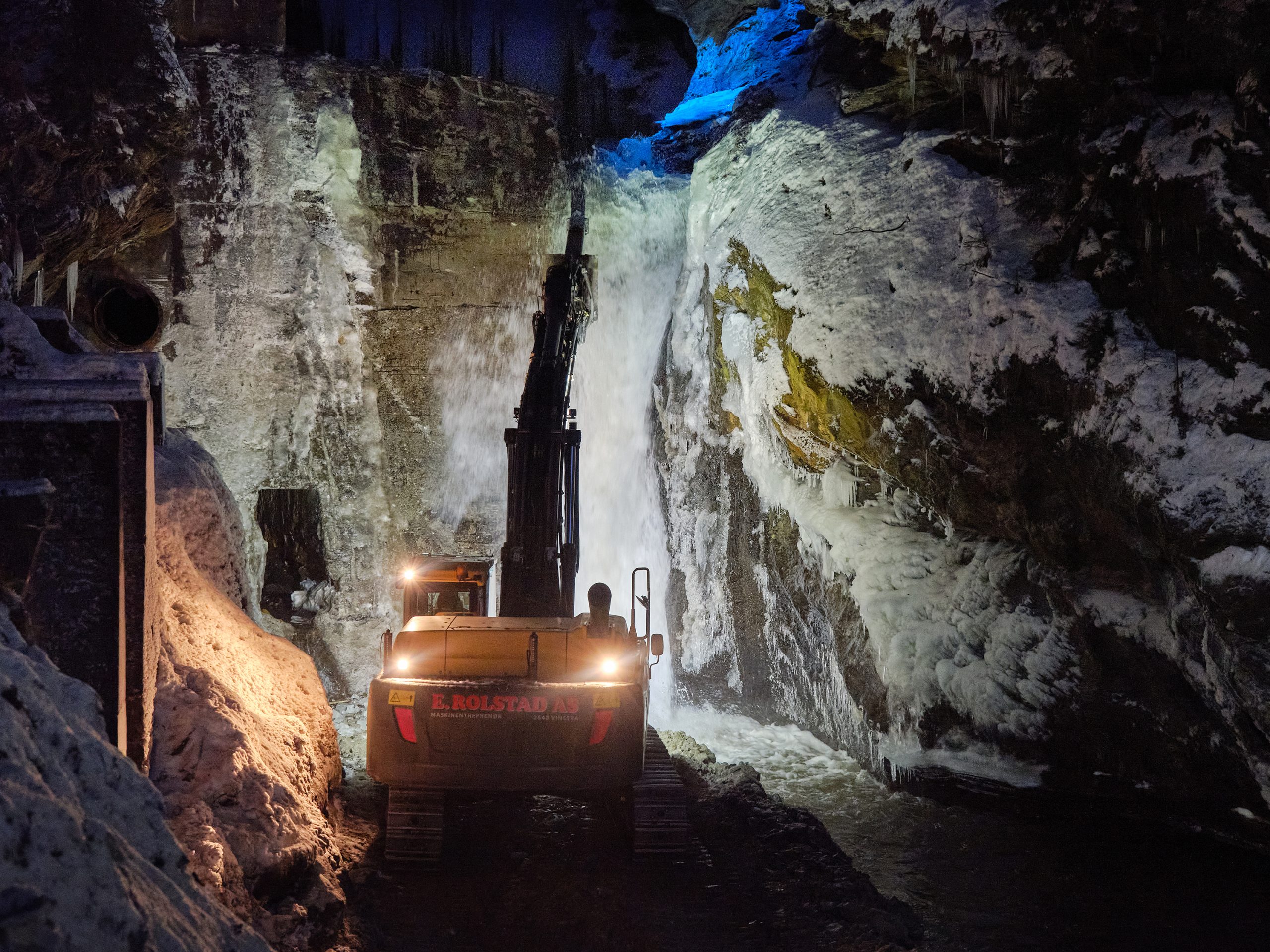 Figure 8. Removal of debris after the dam at River Tromsa was dynamited in January 2022 (photo by Rob Kleinjans)

The dam demolition was just the first step to restore river connectivity and enable upstream fish migration. Behind the dam site there was a steep canyon, a natural barrier to fish migration. To enable fish passage and colonization of the upstream habitats, a nature-like step-pool cascade, consisting of nine 1-meter steps, was built on the site (Fig. 9). This structure is expected to be passable, at least by big lake-dwelling trout, even under rough hydraulic conditions. 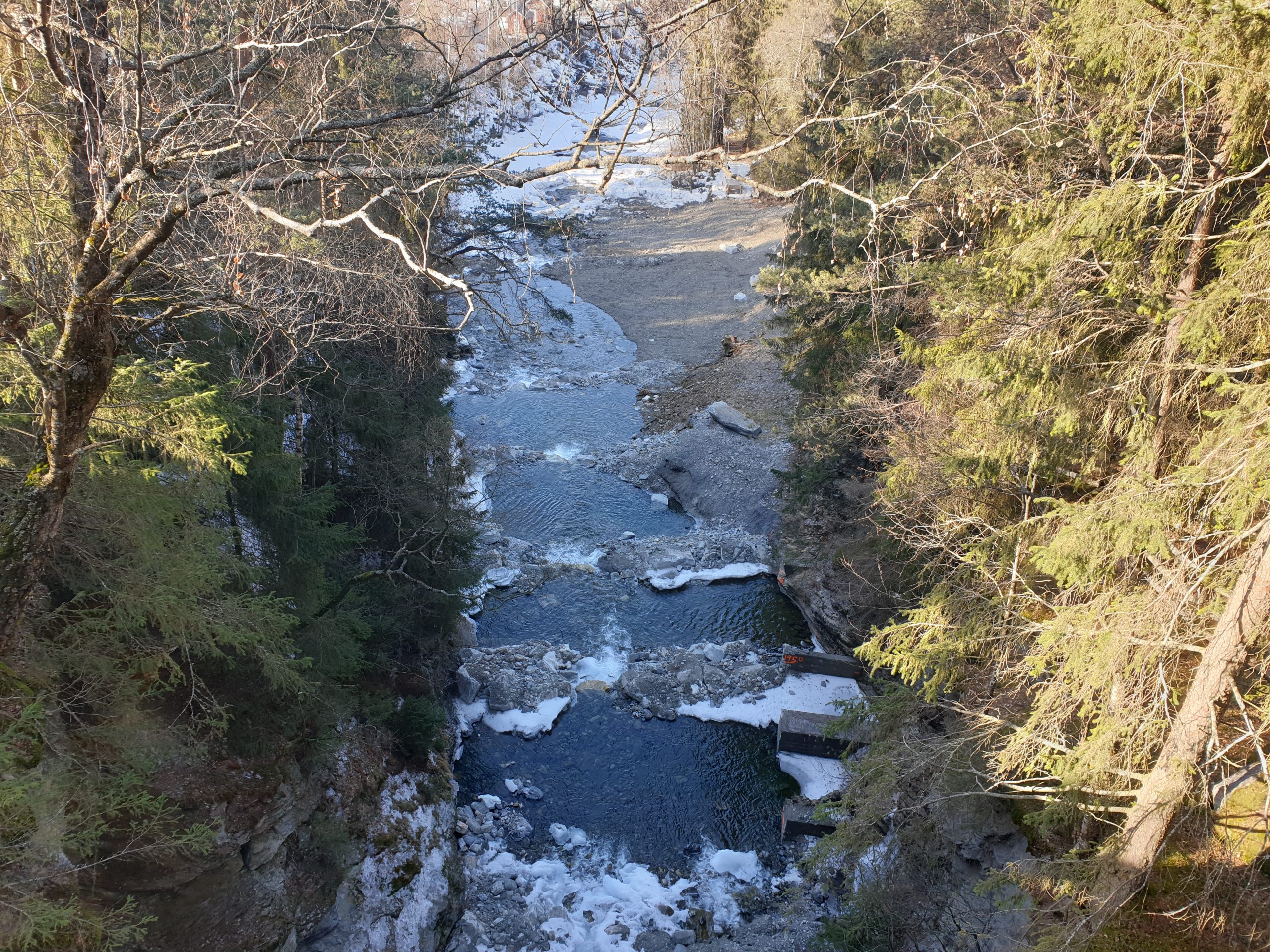 “The Tromsa dam is in a steep canyon, so our challenge is to build up a nature-like step-pool cascade to enable the fish to swim upstream in the strong current.” said Ulrich Pulg, a fish biologist and river restorations expert, to The Guardian.

All fish species inhabiting Tromsa River are expected to be benefited from the dam removal. However, the main beneficiary is expected and hopped to be the lake-dwelling trout, a fish species that is highly desirable from local anglers.

“It is important to take care of all the small rivers. If we do that, we can have a positive future for our area.” said Tore Solbakken to The Guardian. 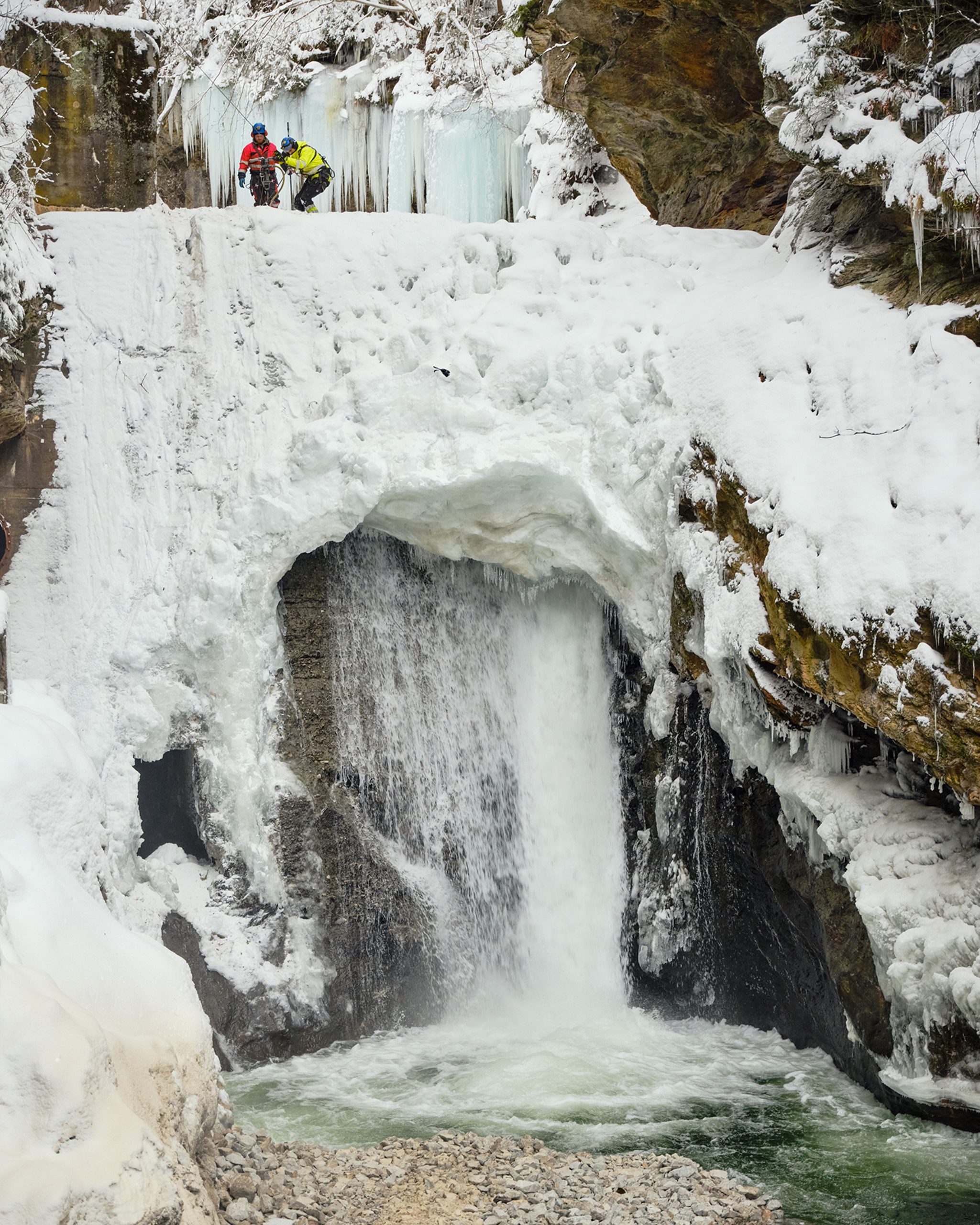 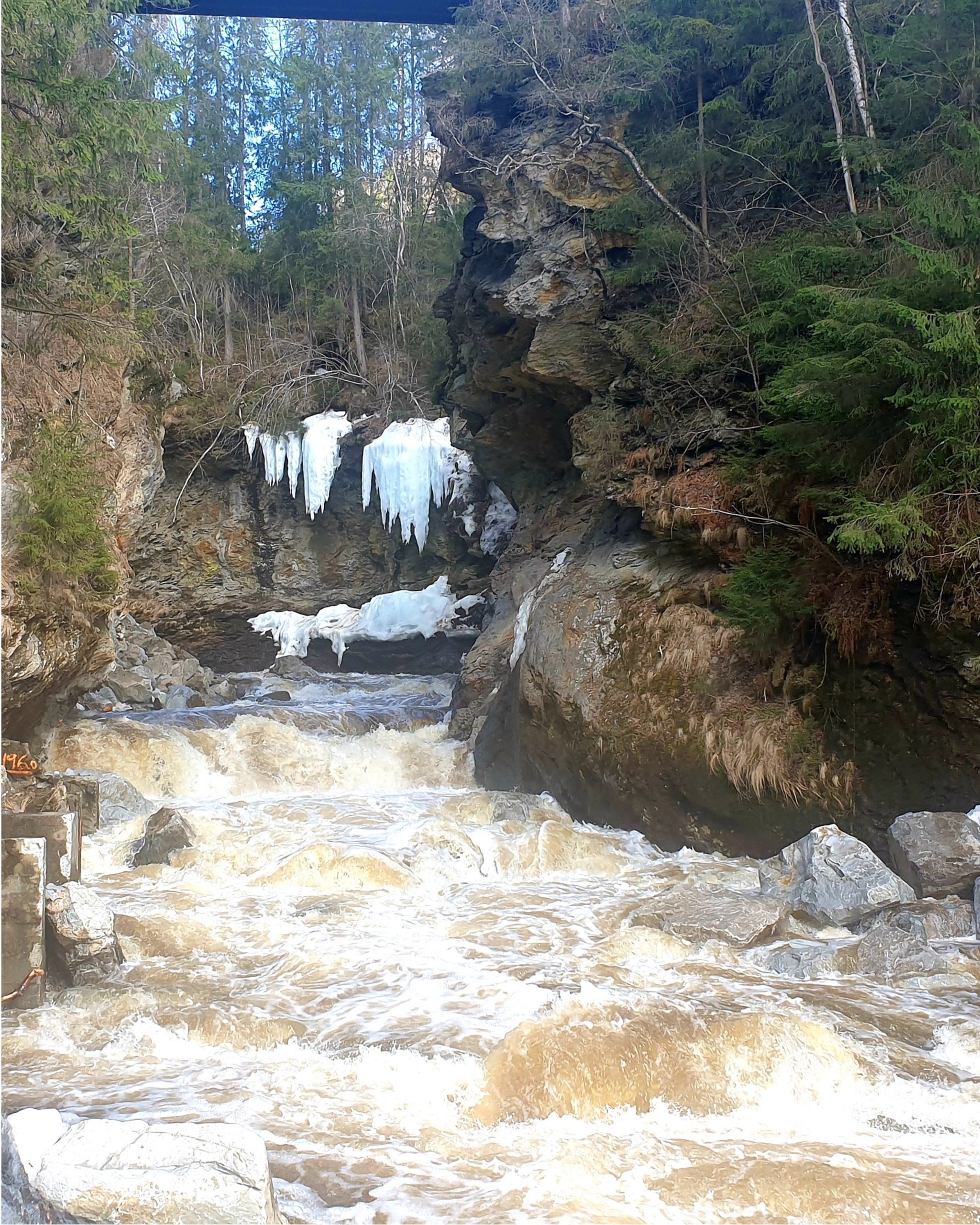 The removal site at River Tromsa: (left) in January 2022 and (right) in April 2022, before and after the removal operations, respectively (“before” photo by Rob Kleinjans and “after” photo by Tore Solbakken)