River Ter is 208 km long, its drainage area is 30010 km2 and its basin is one of the largest in the Water District of Catalonia (Figure 1). Its headwaters are in Ulldeter, 2400 m above sea level, in the Pyrenees, in North-eastern Catalonia, Spain. It initially runs in a North-south direction, then turns towards a West-east direction close to Manlleu city (41.994453, 2.248599) to finally flow into the Mediterranean Sea near the Estartit village (42.023187, 3.193893). Although River Ter springs from the Pyrenees, it is strongly influenced by the tributaries located in the middle and lower parts of its basin, causing seasonal floods during spring and autumn. 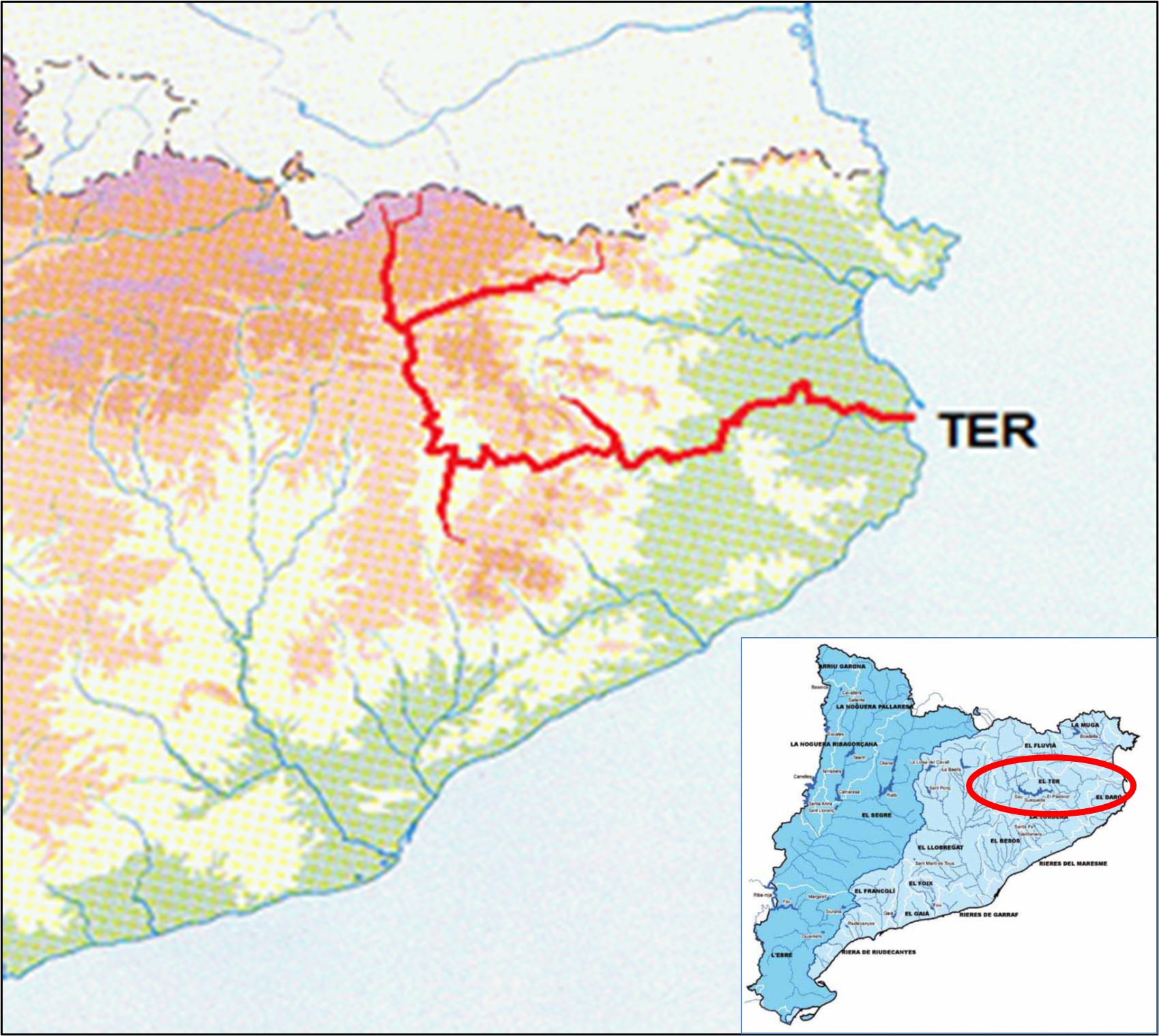 From the middle of the 19th century the running water of River Ter has been used to power industrial machinery of factories along the riverbanks. The exploitation of the river was intensified from the last third of the 20th century, and the purpose was the generation of hydroelectric power. The latter practise rendered River Ter one of the most fragmented rivers of the Water District of Catalonia. Currently, ~300 barriers, including reservoirs, low-head dams, and other obstacles altering the hydrological and sedimentary dynamics of the river and preventing passage to fish species, like Barbus meridionalis and Salmo trutta, have been inventoried (Figure 2). 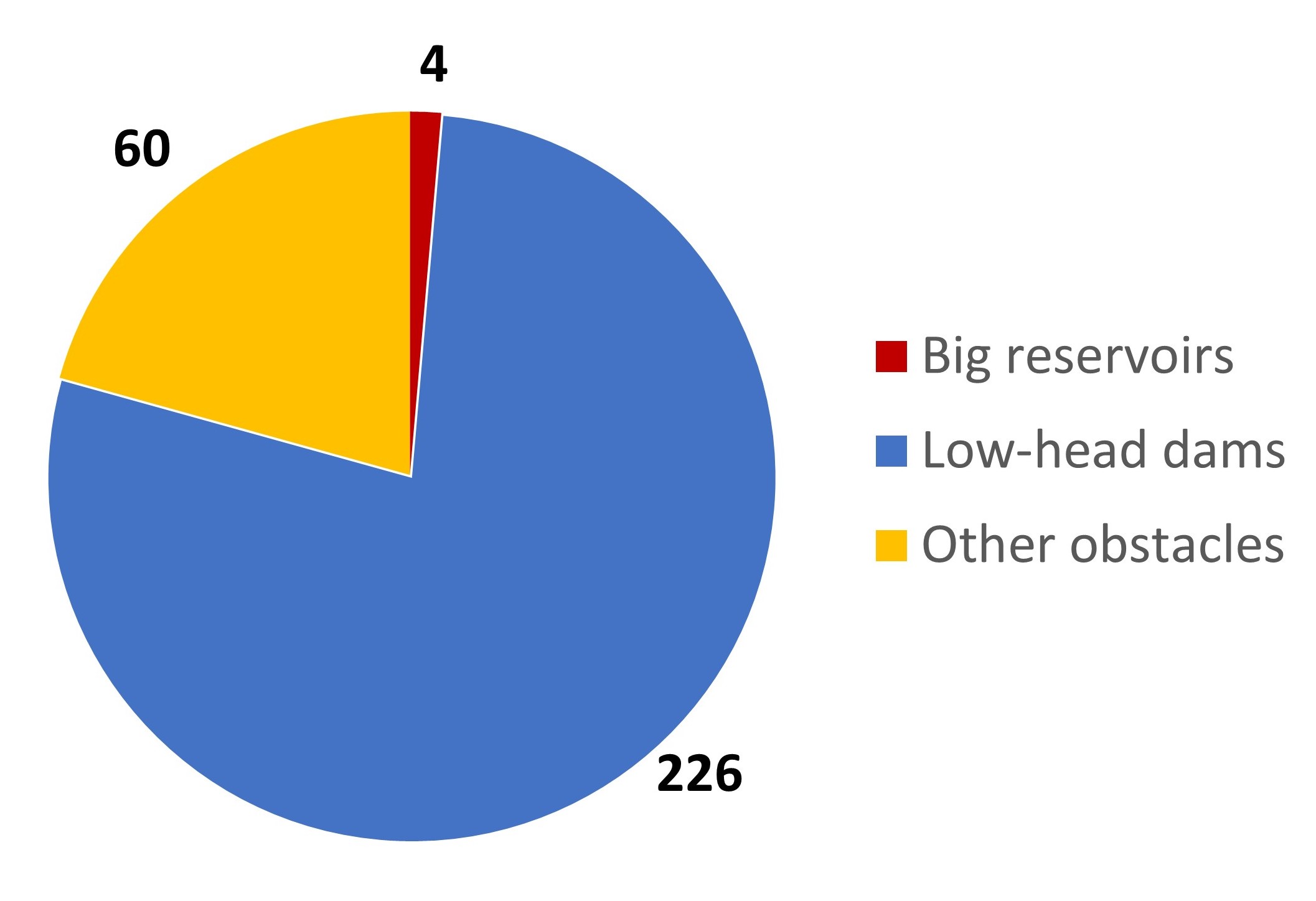 Figure 2. Number of barriers per type in River Ter

The Matabosch Weir was a low-head barrier built in the 1940s to generate hydropower. It was located between the Ymbern factory and the Conanglell bridge (latitude: 42.05215, longitude: 2.242491), in Torelló (Figures 3 & 4) and was one of the 12 consecutive barriers in a river stretch of 11.5 km causing detrimental effects on fish migration and sediment transportation (Figure 4). 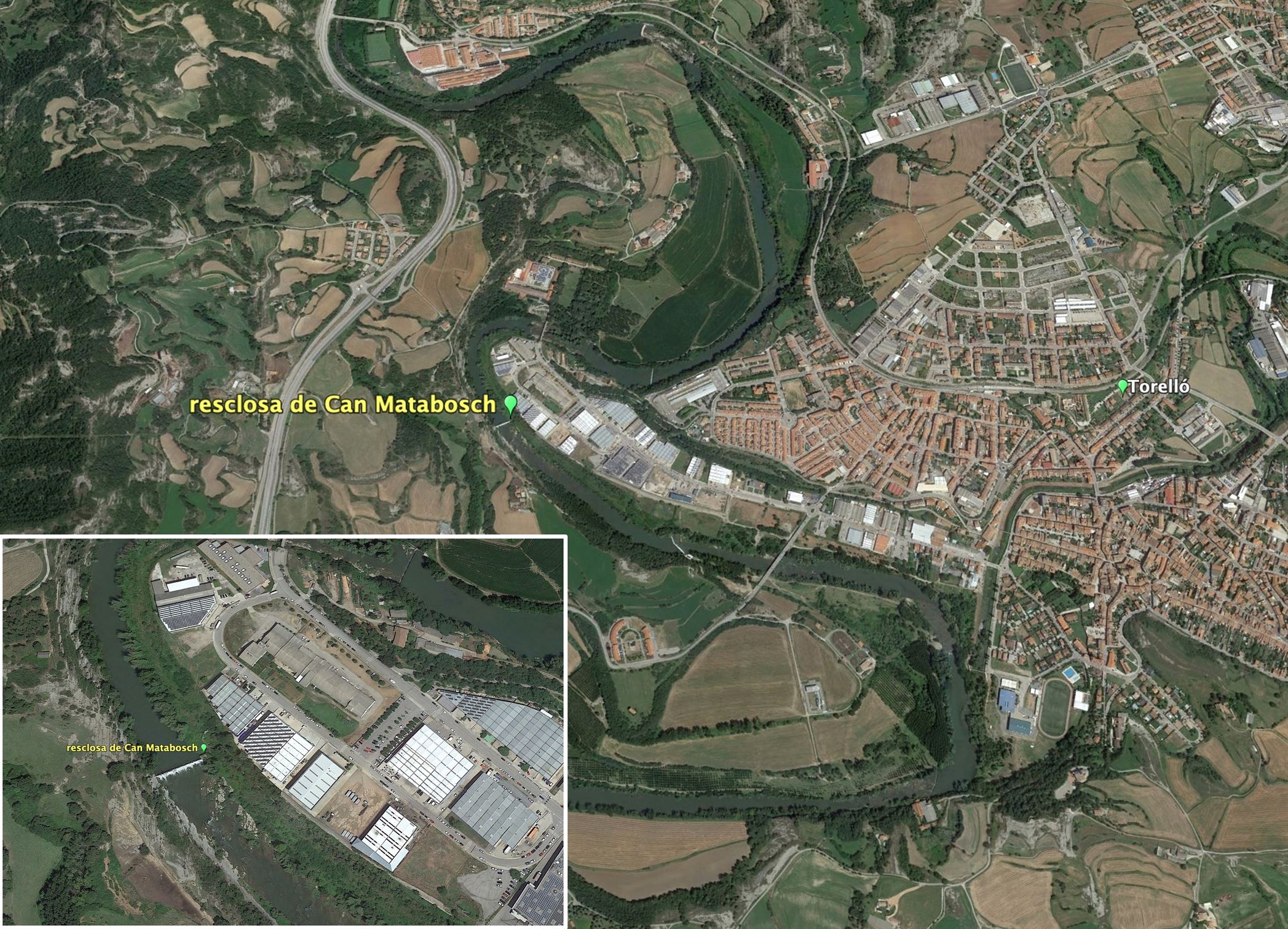 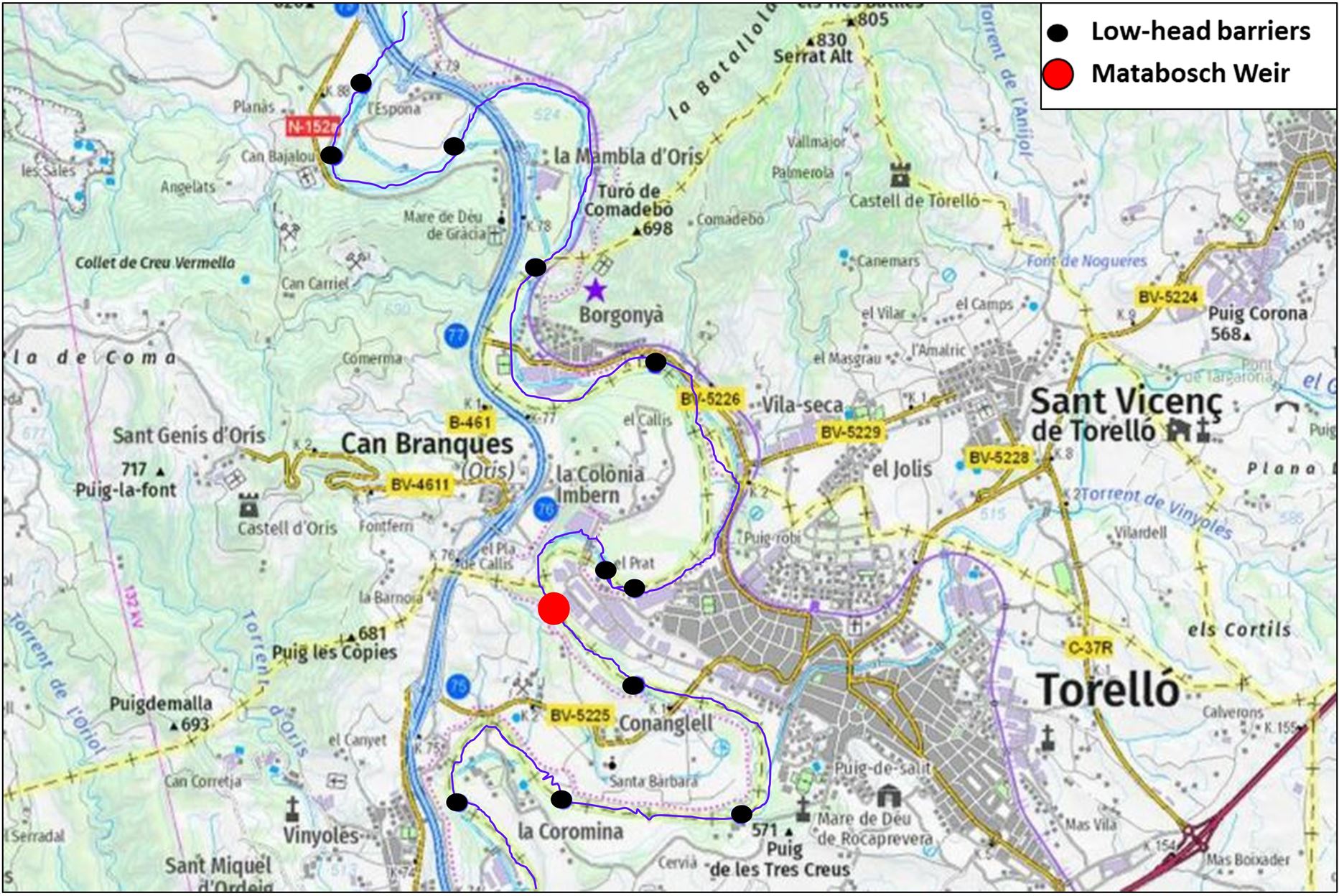 Figure 4. Location of Matabosch Weir and of other barriers upstream and downstream in River Ter

Matabosch Weir was 52 m long and 1.85 m high (Figure 5). In case of floods, this barrier was causing increase in water level and in the potential flooding zone in the surrounding area. The latter effect was particularly important since the area adjacent to the weir was considered as of high flooding risk.
A few years ago, the City Council of Torelló promoted a river route along the banks of the river Ter in the municipality. Before the removal of the Matabosch dam, the fluvial itinerary ended near the barrier, downstream. The idea was to extend this river route and connect it with a green area located upstream of the project area. 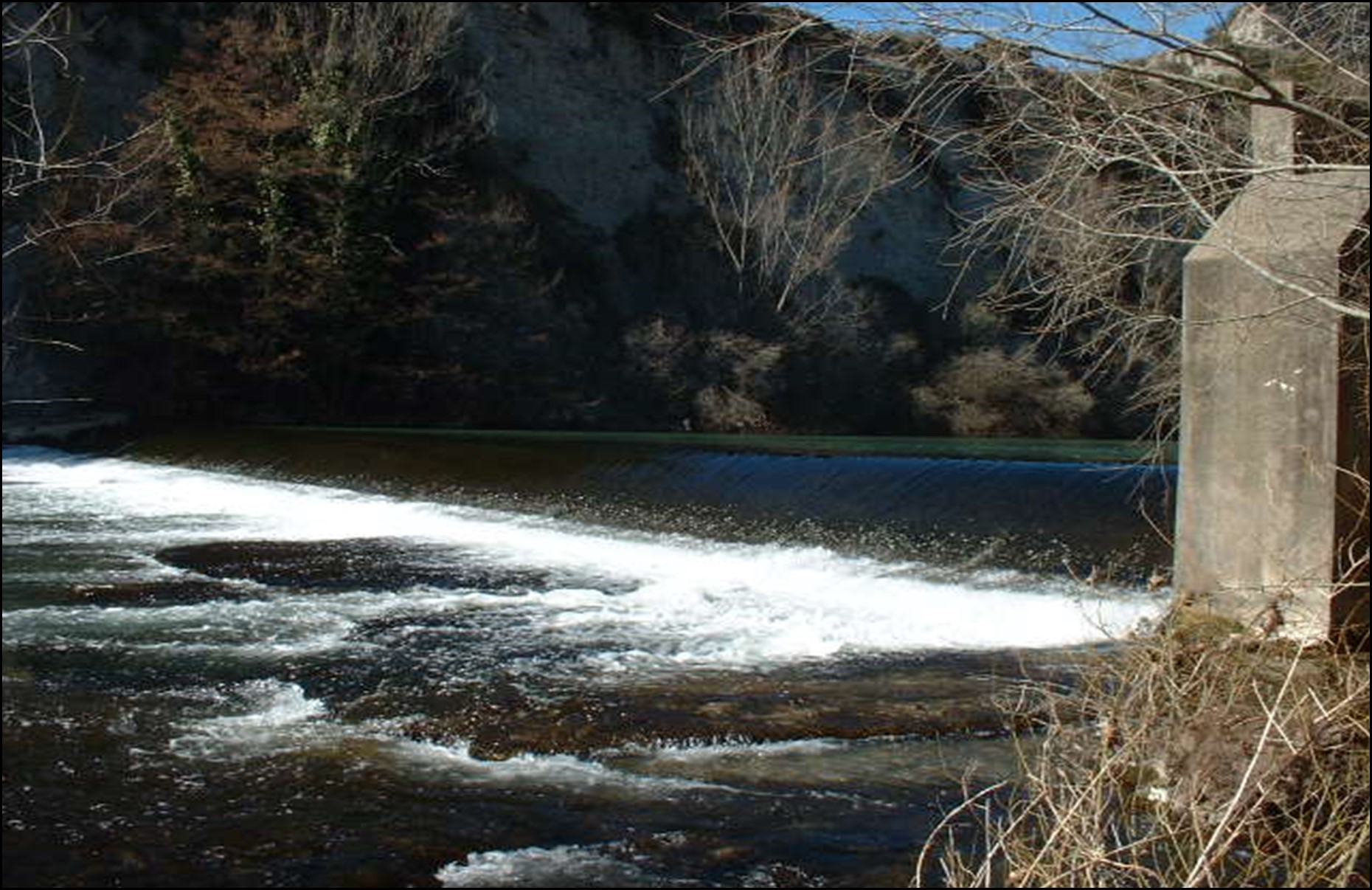 Matabosch hydropower station remained non-operational for 30 years and in ruins, and its license expired in 2017. In 2019, the Catalan Water Agency (ACA) prepared a technical report proposing the removal of the Matabosch Weir. The rationale behind this decision was to reduce the flooding risk intensified by the presence of the weir and to prolong the fluvial itinerary of the City Council. The demolition works began in June 2021 (Figure 6) and completed by November of the same year. The weir and the associated infrastructures (i.e., operating gates) were removed and the old derivation canal of the Matabosch Weir was filled with material from the demolition site (Figure 7) and used to construct the river route (Figure 8). In addition, any exotic riparian species in the area were removed and replaced by native species (Figure 9). The final total cost of the project was 206070 € and was financed by the Catalan Water Agency. The Matabosch Weir removal reconnected 700 m, eliminated the potential safety hazard issues that could arise from the obsolete infrastructure, reduced the flooding risk of the adjacent area and improved the landscape. 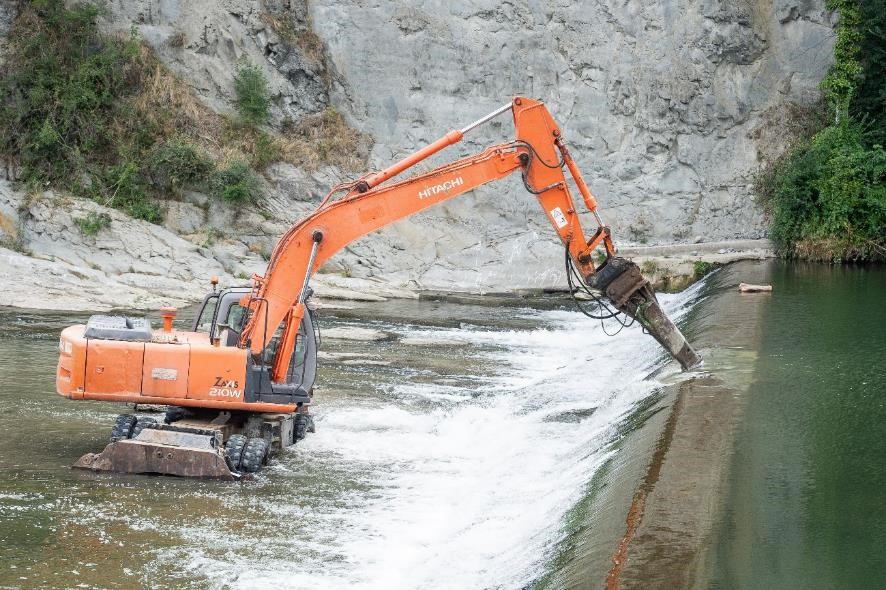 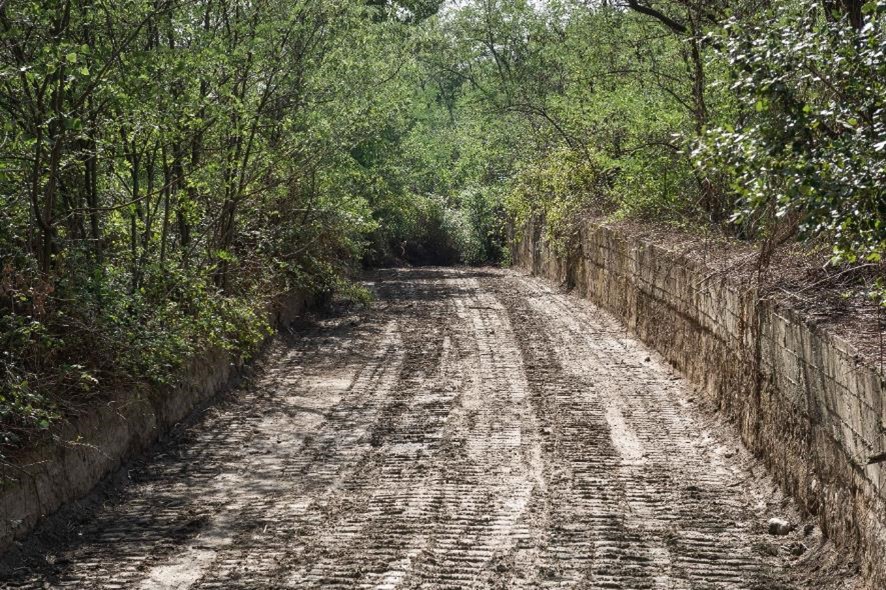 Figure 7. Fill of the old derivation canal of the Matabosch Weir with material from the demolition site (photo by Catalan Water Agency) 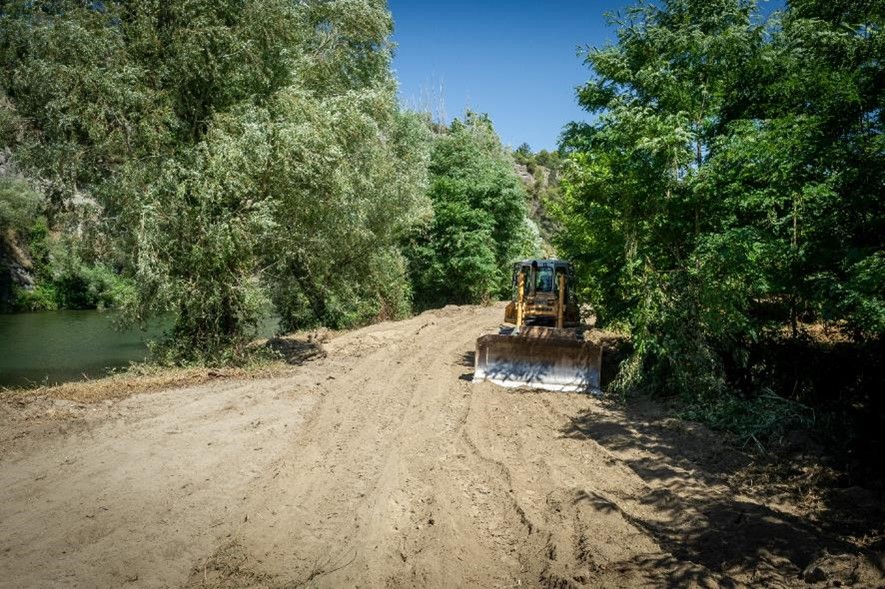 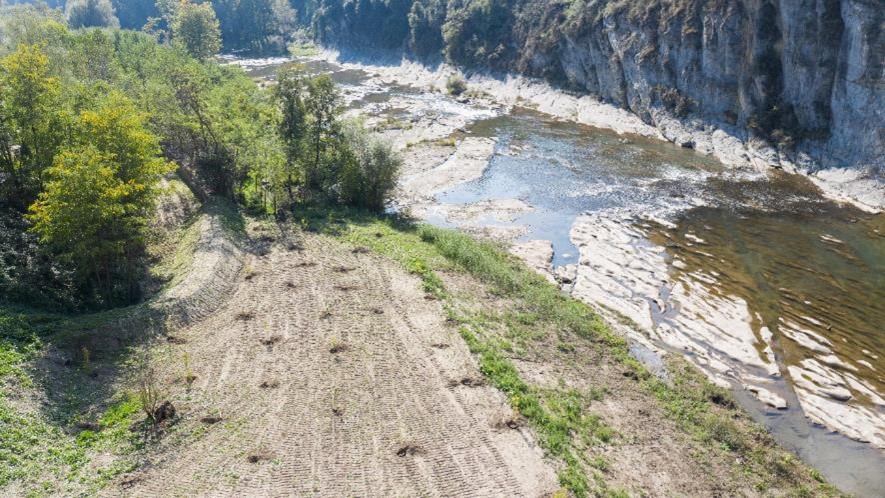 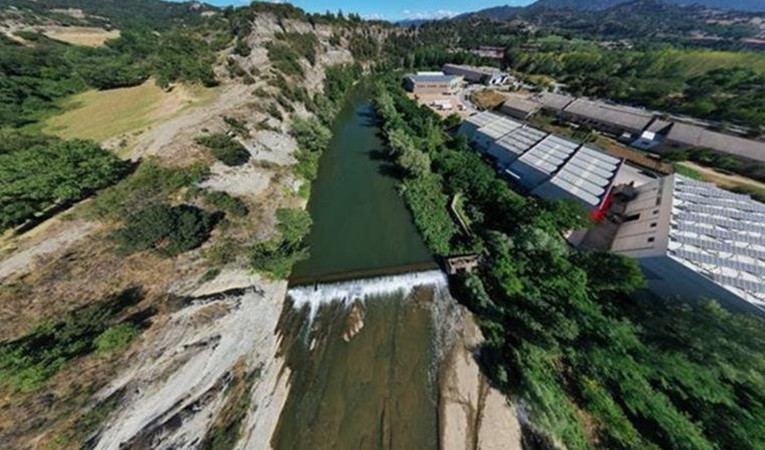 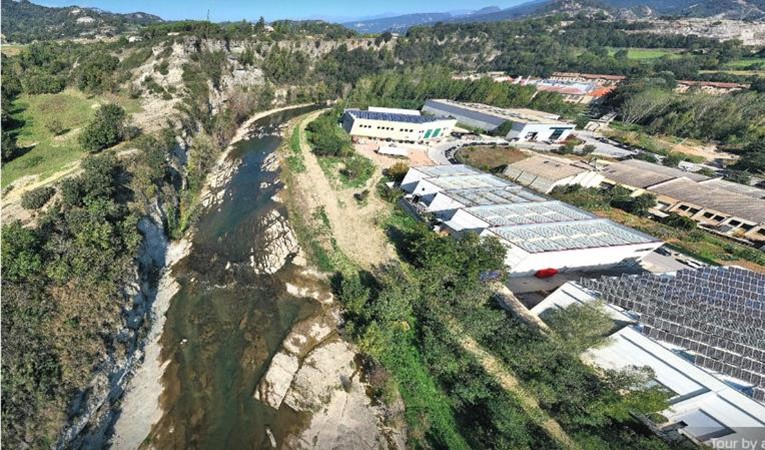 The removal site at River Ter: (left) before (in June 2021) and (right) after (in November 2021) the removal operations of Matabosch Weir (photos by Catalan Water Agency)

With many thanks to Mònica Bardina Martin and Albert Rovira from Catalan Water Agency for providing the information and photographs presented herein.