The Lostunets Dam was one of 3 dams removed in Ukraine in 2020.

WWF-Ukraine, supported by WWF-Netherlands, launched the Splash Dam Removal Project during the summer 2020 to remove splash dams along the creeks and rivers of the Cheremosh River Basin (Verkhovynskyi National Park and beyond) located in the Ivano-Frankivsk Region, next to the Ukrainian-Romanian state border. 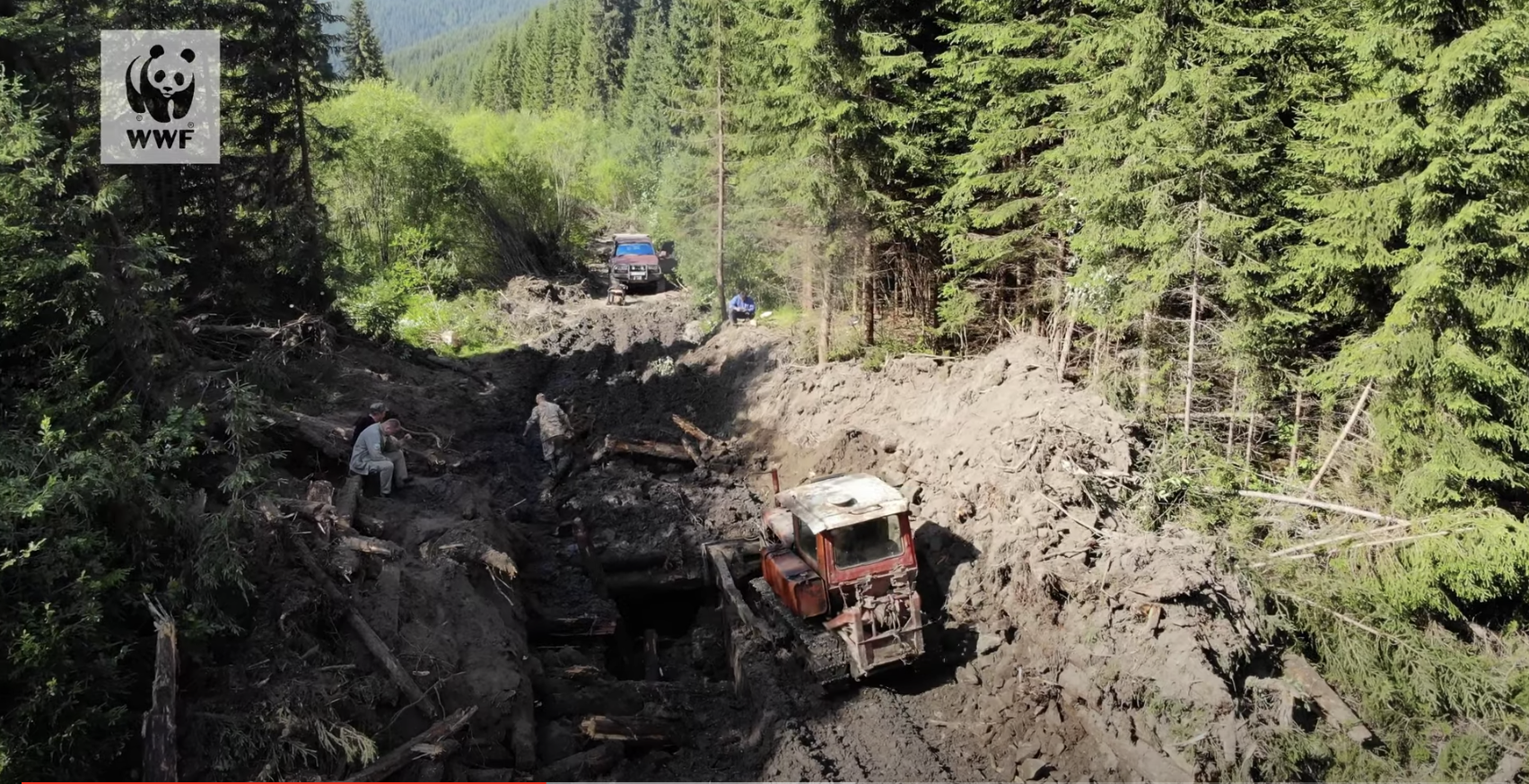 Industrial-scale forest harvesting started in the Ukrainian Carpathians Region at the end of the 19th century under the Austro-Hungarian Empire. The kermaniches (lumberjacks) drifted Carpathian spruce trees down the creeks and rivers bundled into timber rafts. Deep in the mountains, the rivers are shallow. A dam upstream trapped water in its reservoir so the lumberjacks could then open the gates when needed to release violent torrents of high waters and carry timber rafts from the high mountains to the valleys below.

No Carpathian river splash dam in Ukraine has been used since 1979. They have gradually decayed over time, though they still serve as obstacles for migratory fish such as brook trout and endangered Danube Salmon. There are five splash dams within Verhovynskyi National Park that must be removed or modified to restore river connectivity for fish migration and spawning. 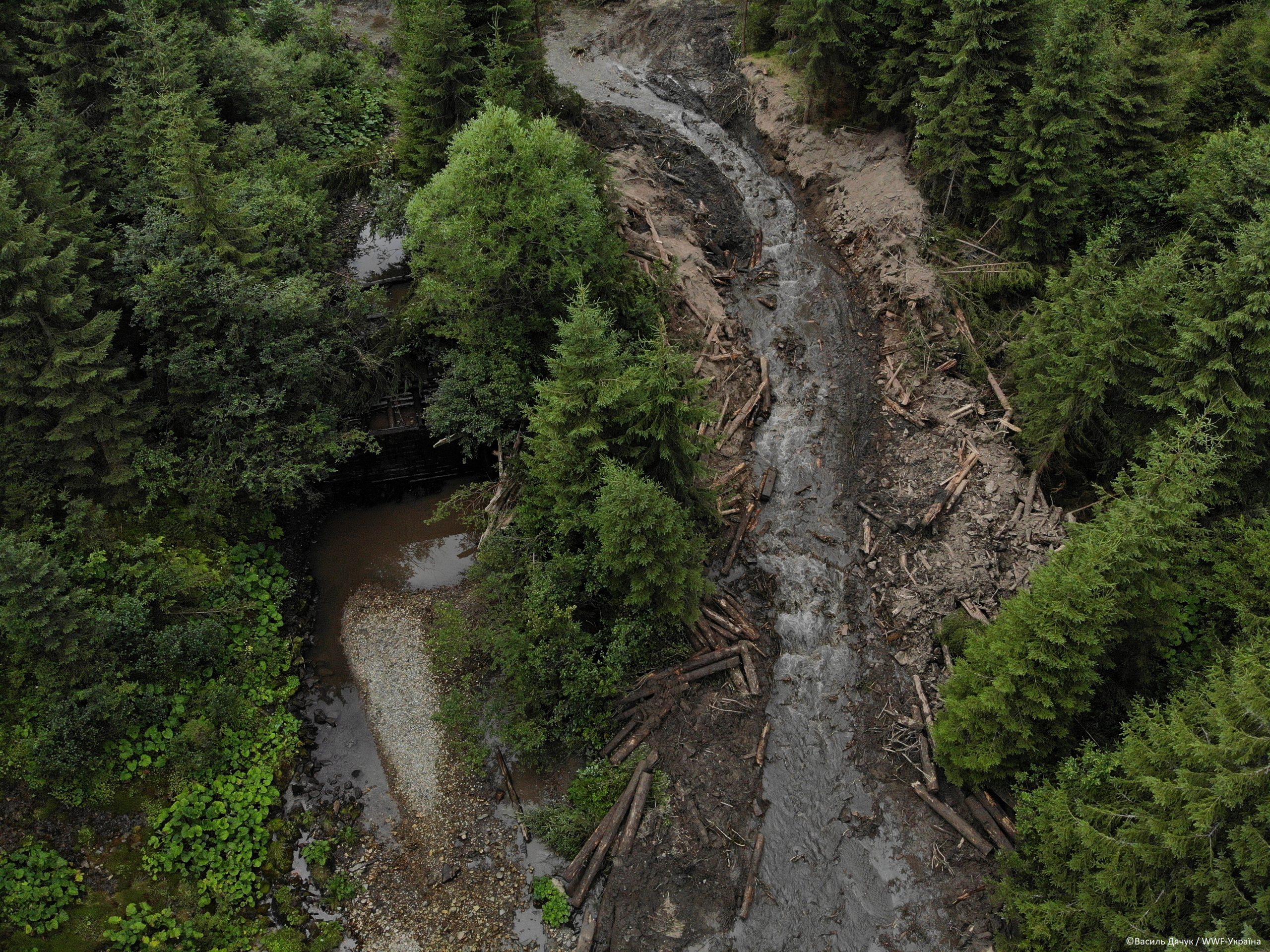 The Removal and Cost

The Lostunets Dam (constructed c. 1880-1890, 47° 51’07.1″N 24° 49’25.5″E) was the first dam to be removed under WWF-Ukraine’s new Splash Dam Removal Project. In October 2020, the obsolete dam was removed, which allowed the stream water to flow free and improved fish migration routes. Two more dams were removed later that year — Dobryn and Hostovets — thus, approaching the final goal of removing all obstacles for the sake of restoring river connectivity.

“This is the first step towards restoring Ukraine’s aquatic ecosystem. Free-flowing rivers will help us not only return animals to their historic habitats, but also mitigate climate change and prevent droughts says Olga Denyshchyk, program manager.”,

The Lostunets dam removal was made possible through crowdfunding, raising €16,045, and bringing in more than 450 donations. 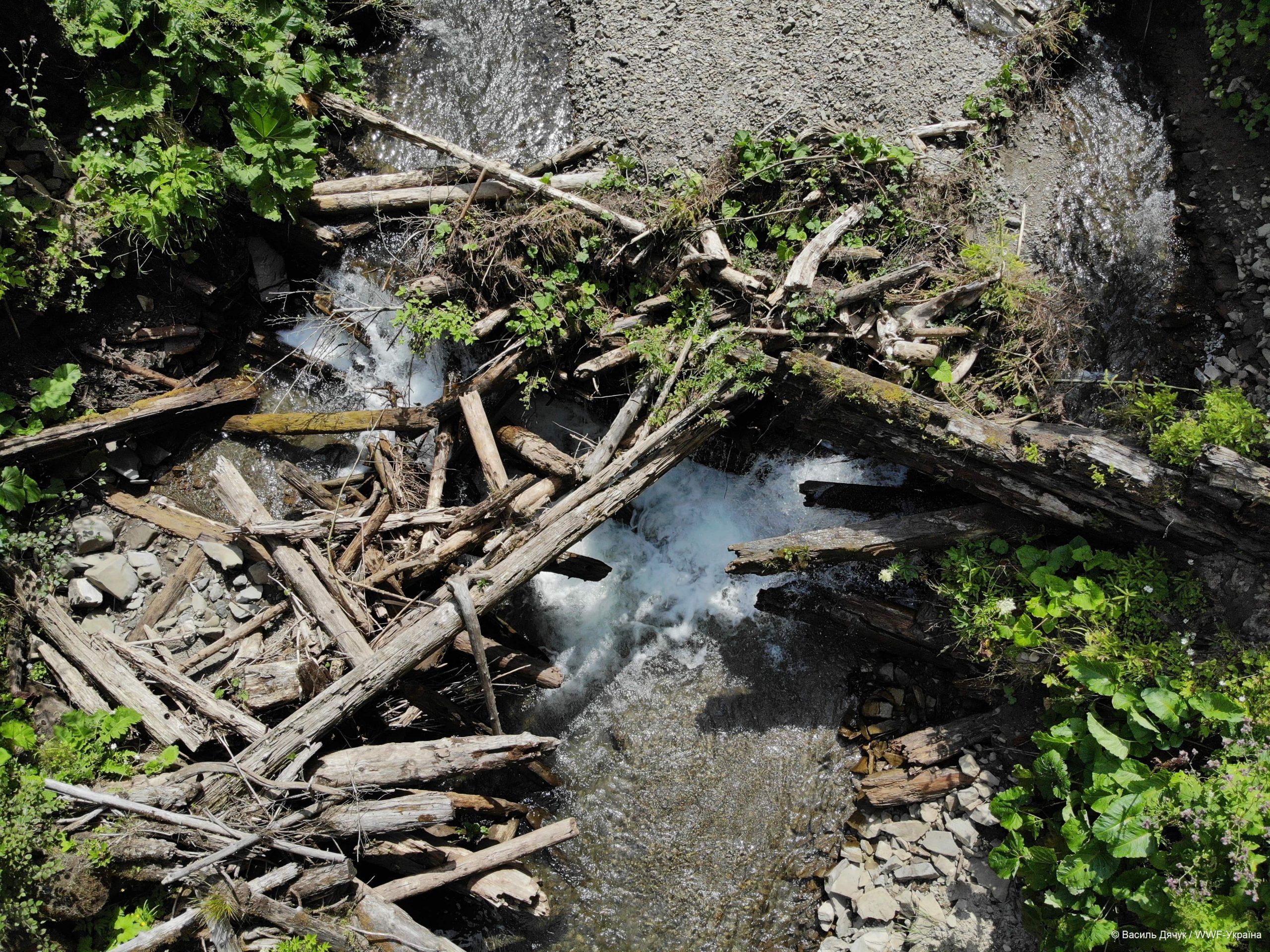 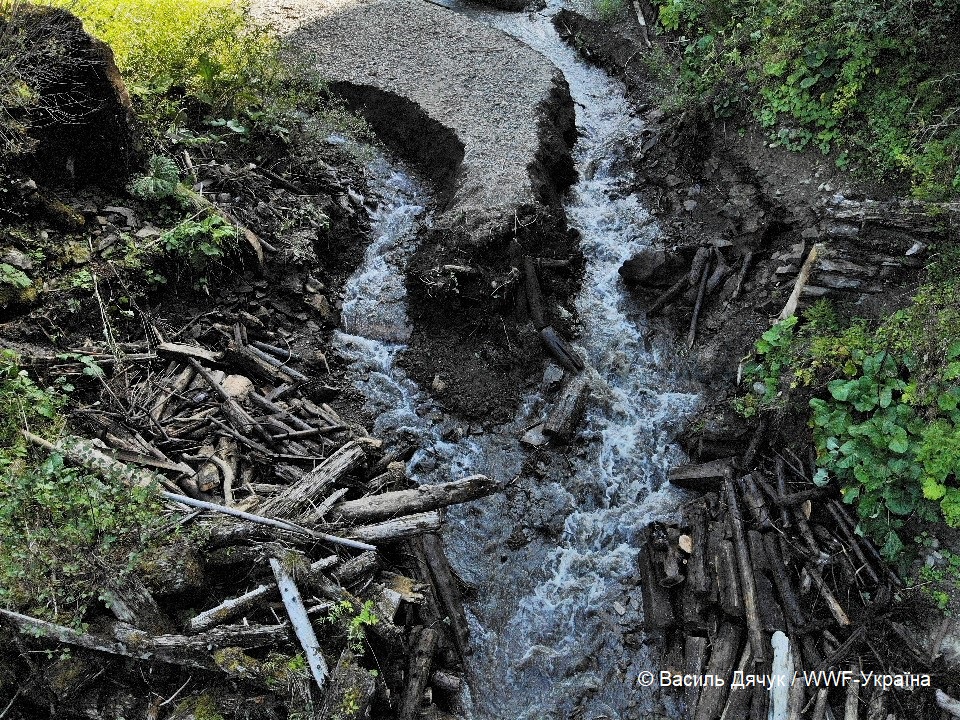 Dobryn dam before and after removal © WWF Ukraine 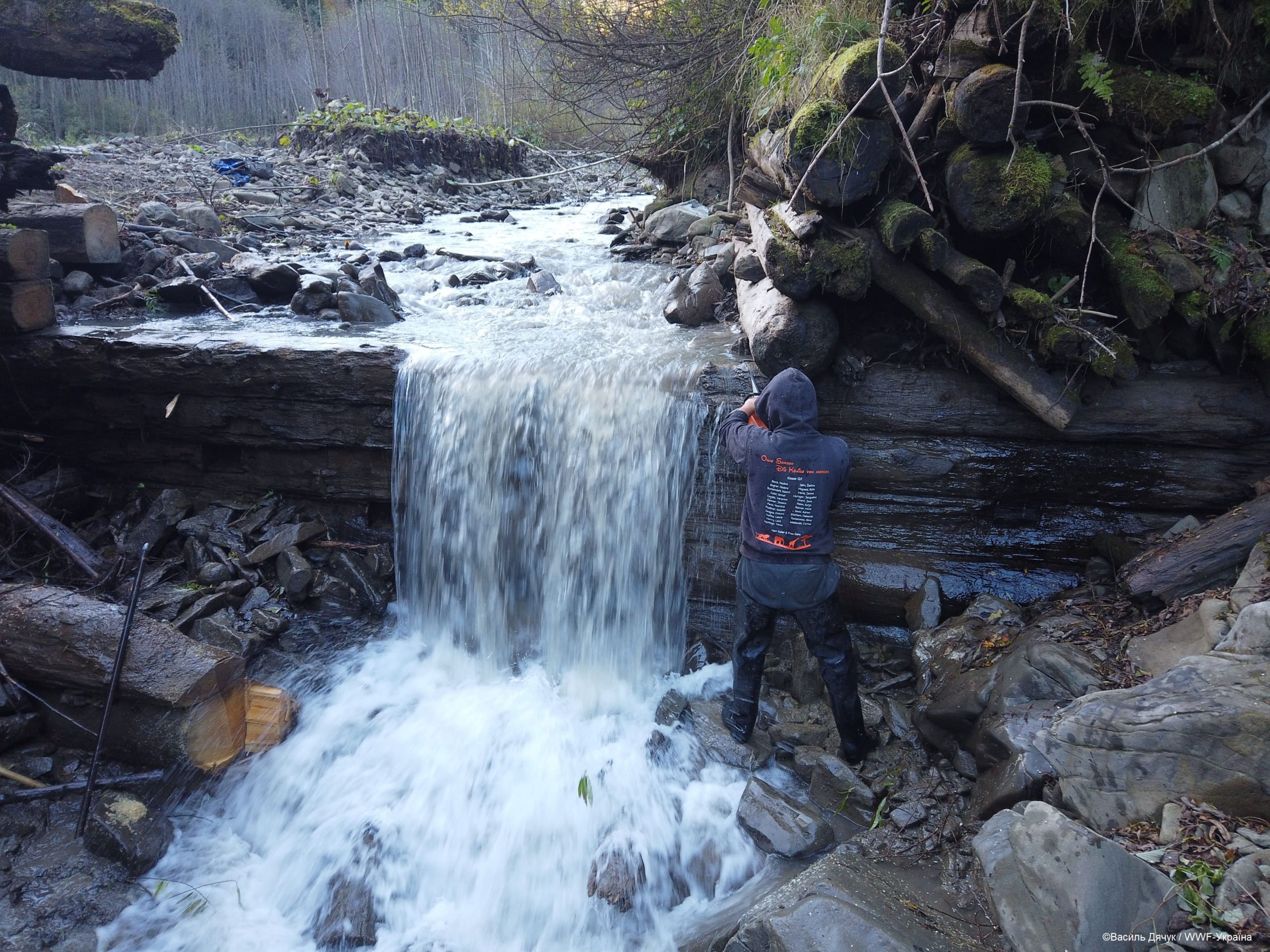 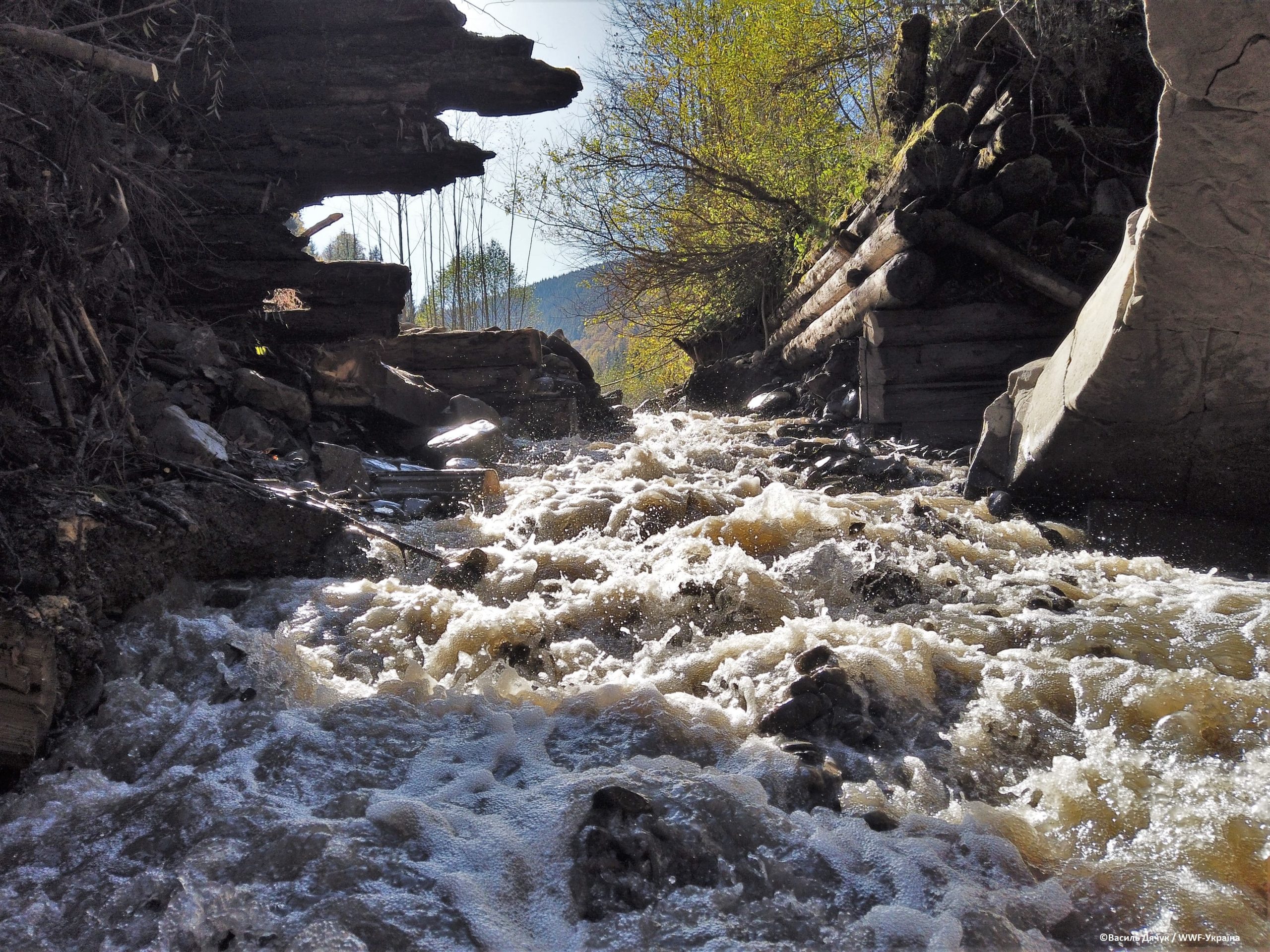 Hostovets dam before and after removal © WWF Ukraine