The Hatchford Brook, a tributary of the River Cole is set within Sheldon County Park, on the south-eastern edge of Birmingham close to Birmingham Airport. It is typical of many urban rivers in the UK, heavily modified, deepened and straightened in the past to increase its flow capacity. 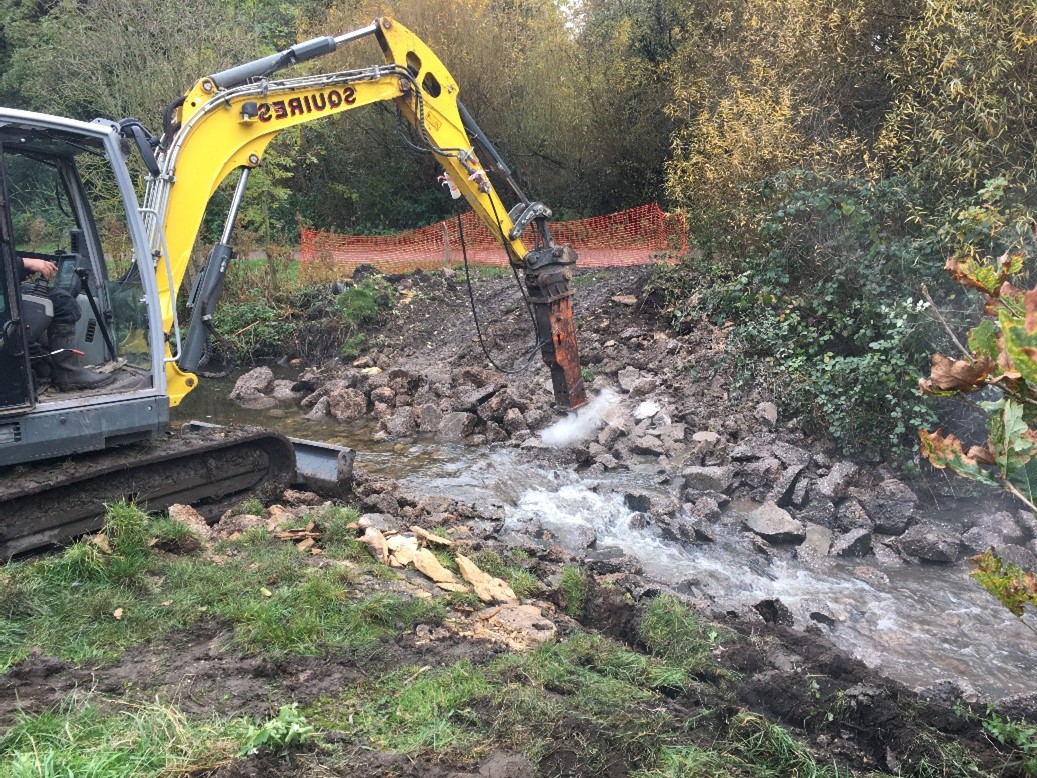 Τhe upstream section of the Hatchford Brook was moved in the past, from a natural meandering course to its current straight course. This resulted in the channel having a trapezoidal shape, being overwide, over deep with steep vertical banks and a flat bed.

Two weirs were installed in 1967 along the brook. The purpose of the upstream weir (latitude: 52.454282, longitude: -1.766509) was possibly to account for height drop after river was straightened, and of the downstream weir (latitude: 52.457875, longitude: -1.765121) to allow an abstraction point for an irrigation pond. Both weirs artificially rose the water level, had a drop of around 0.6m in water level and each impounded an area upstream of approximately 100m. This resulted in a watercourse with few natural features and relatively little interest for biodiversity. 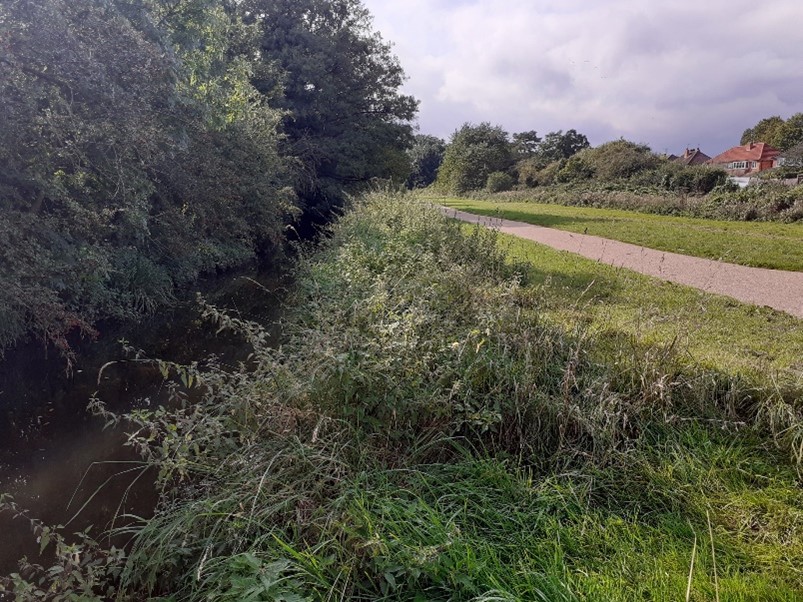 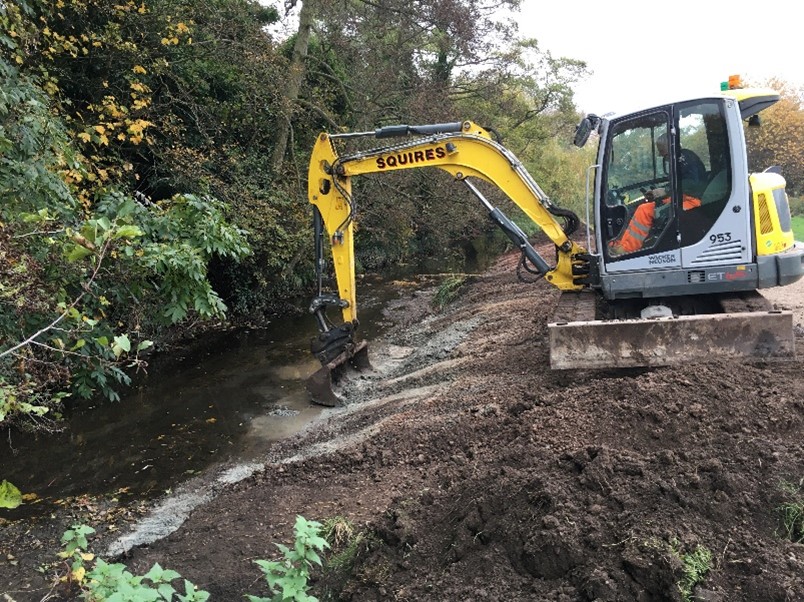 re-profiling of the banks

The removal and cost

The Environment Agency approached The Trent Rivers Trust (TRT) in February 2020 to investigate the removal of the two weirs and restore the impounded section to more natural conditions. In July 2020 the concept was designed, and in July 2021 funding was confirmed and the project was designed in more detail. Funding for the project came jointly from the Environment Agency and the European Regional Development Fund. The funding required the project to increase the biodiversity of the Country Park along the watercourse and within the channel. A project was developed to enhance the wider biodiversity of the park as well as removing the two weirs. The project included works to the brook, the grassland and the woodland. As well as the weir removals, gravel was introduced to enhance and create riffle features along with the creation of brushwood mattresses to increase the sinuosity of the channel. As a popular public park TRT also lowered the bank to allow the public better opportunities to engage with the brook. Banks were reprofiled, nettle banks reduced to allow easy safe access to the water’s edge.

Permit for the removals was issued in September 2021 and work began in November 2021 over a period of 3 weeks. The concrete structures proved relatively easy to remove. The concrete was broken up with a nine-ton excavator which was chosen for its removability on the tight public site and placed in the deep plunge pools directly downstream of the weirs. The concrete was then covered with introduced gravel which was soon supplemented by fine gravel which had been trapped upstream of the weirs.

Support for the project has been great, particularly from the local community. TRT has worked closely with a range of stakeholders, the public and a local volunteer group who have joined in the fun.

The total cost of the removals was £63,000, including development, design, consenting, flood rick assessment, the weir removals and the adjacent woodland management and meadow creation. 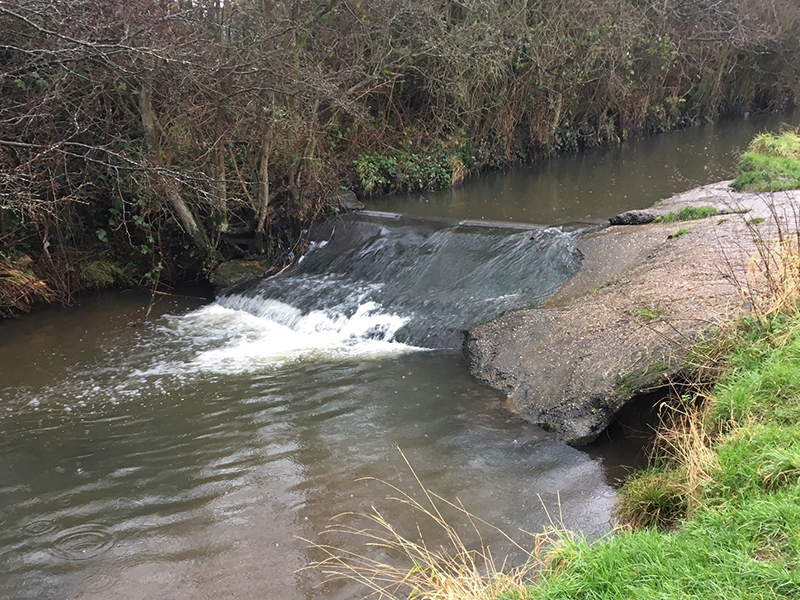 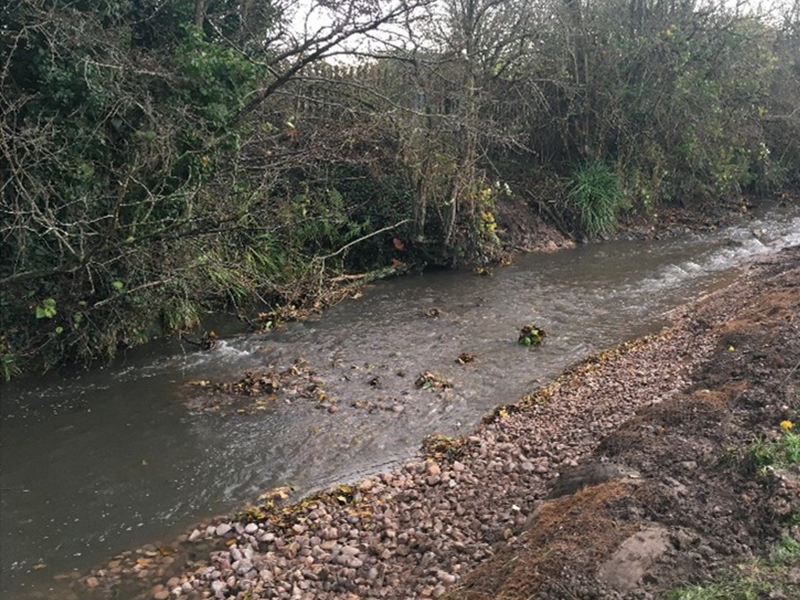 Downstream weir before and after

Video of the removal

The removal of the weirs has allowed the return of the brook’s natural processes of erosion and deposition reducing siltation upstream and erosion downstream of the old weirs. Additional bed and bank reprofiling works have been included to restore impounded section to more natural conditions. New gravel features have appeared as the water level dropped and watercourse has now opened for fish passage although it is still an isolated reach due to it passing under the airport runway.

Additional woodland management work and meadow creation alongside the watercourse will take place during winter-spring 2022. Fixed point photography will be used to demonstrate the changes to the habitat and the watercourse as a result of the project. Fish, invertebrate and river-morphs survey will also occur before and after works. 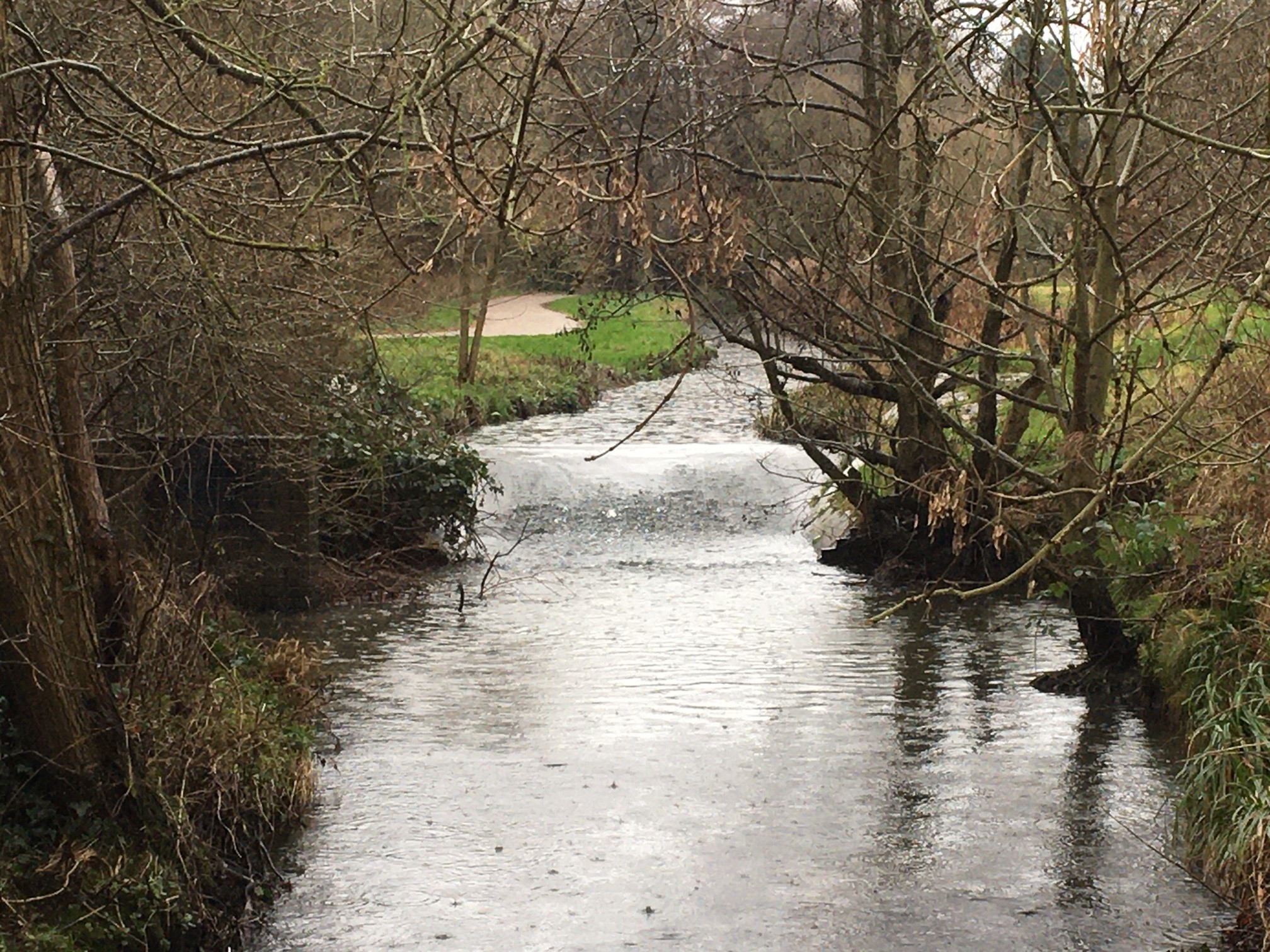 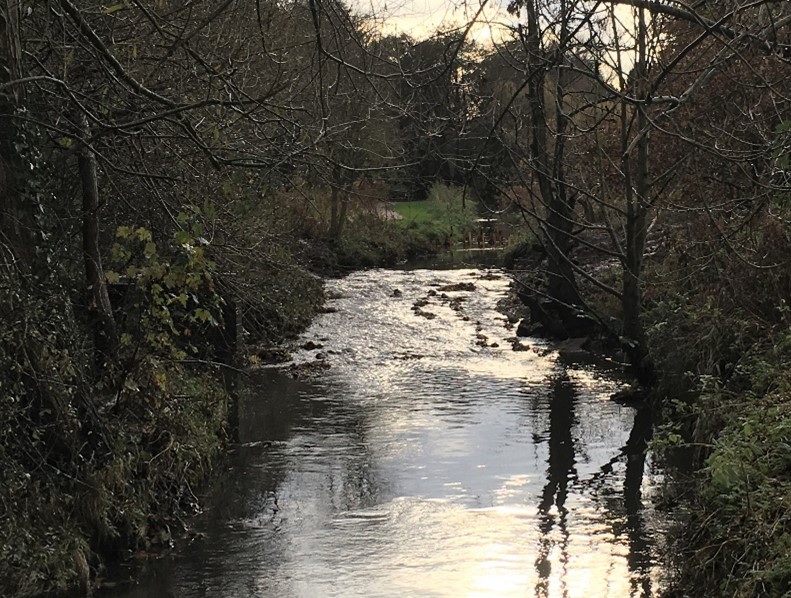 Removal of the upstream weir, before and after

This text was mainly written by Alan Graham.

Photos and videos were all provided by Alan Graham.