Portugal has joined the movement by removing its 1st barrier

River Vascão is in Southeastern Portugal (37°26’47.77″N, 7°51’21.76″W) and it’s of great ecological importance; it is representative of the freshwater fish biodiversity of the Mediterranean region, especially regarding cyprinids. It inhabits 9 fish species that are endemic to the Iberian Peninsula, with one of them being endemic to the Guadiana basin. Since 1999, River Vascão is part of the Natura 2000 Network (site PTCON0036) and it is also included in the RAMSAR Convention (Convention on Wetlands; site number 2090) (Figure 1). Numerous archaeological remains from the Roman and Islamic periods are found in the area, and it is popular for outdoor activities, nature sports, and environmental education. 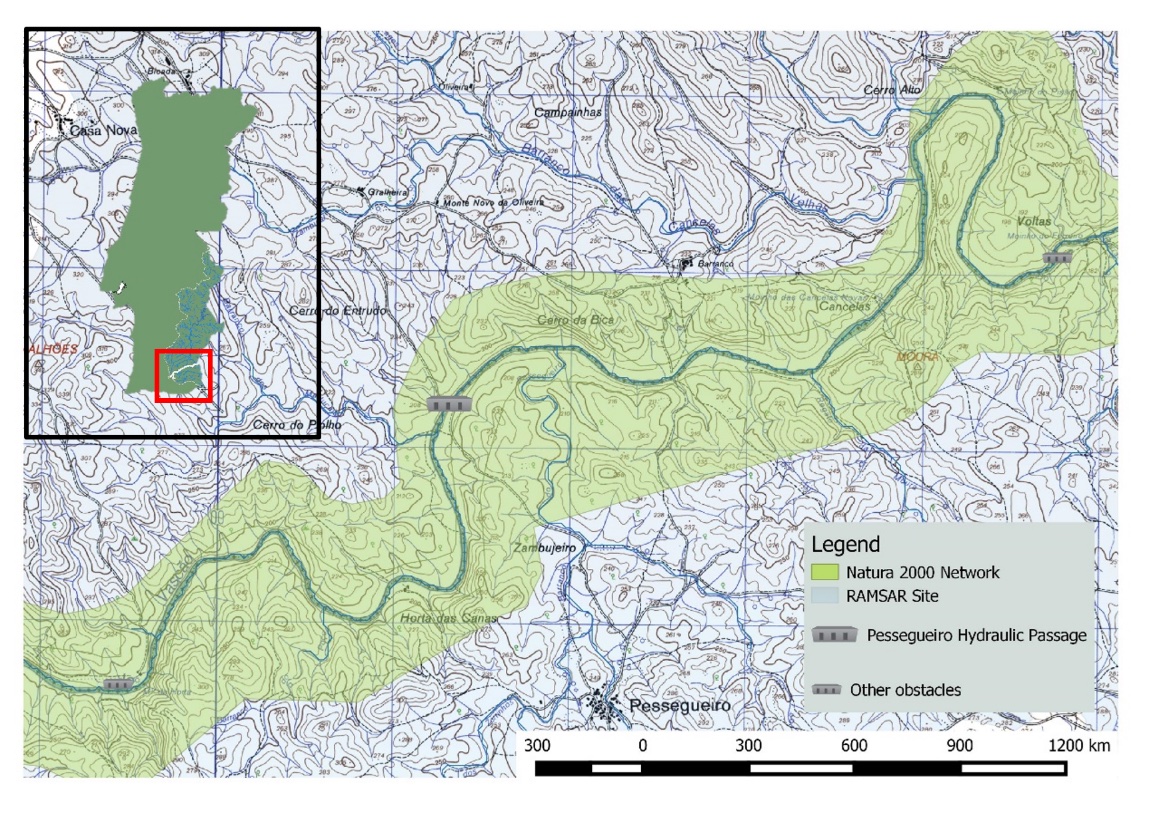 Even though River Vascão lacks big artificial barriers, such as dams and reservoirs, it is highly fragmented by smaller structures, like road crossings and weirs. Bochechas (2014a, 2016) identified 34 barriers along the river corridor and classified them based on their degree of connectivity relative to the existing hydrological regime and the occurrence of native fish species (Table 1). Each barrier was classified using a river connectivity index (ICF), which was originally developed for Catalan rivers (Solá et al. 2011) and subsequently adapted to Portuguese rivers and fish fauna (Bochechas 2014b).

Only 16 out of the 34 barriers got an ICF score ≥75 and were classified as “Good” or “Excellent” in terms of river connectivity, and thus were not regarded as substantial obstacles to fish migration (Table 1). According to Mallen-Cooper (1999), ICF ≥ 95 refers to barriers that do not inhibit the migration of 95% of all fishes in – at least – the 95% of different flow conditions. The remainder 18 barriers got an ICF score ≤74 and were considered as having a substantial negative impact on fish migration (Figure 2, Table 1). 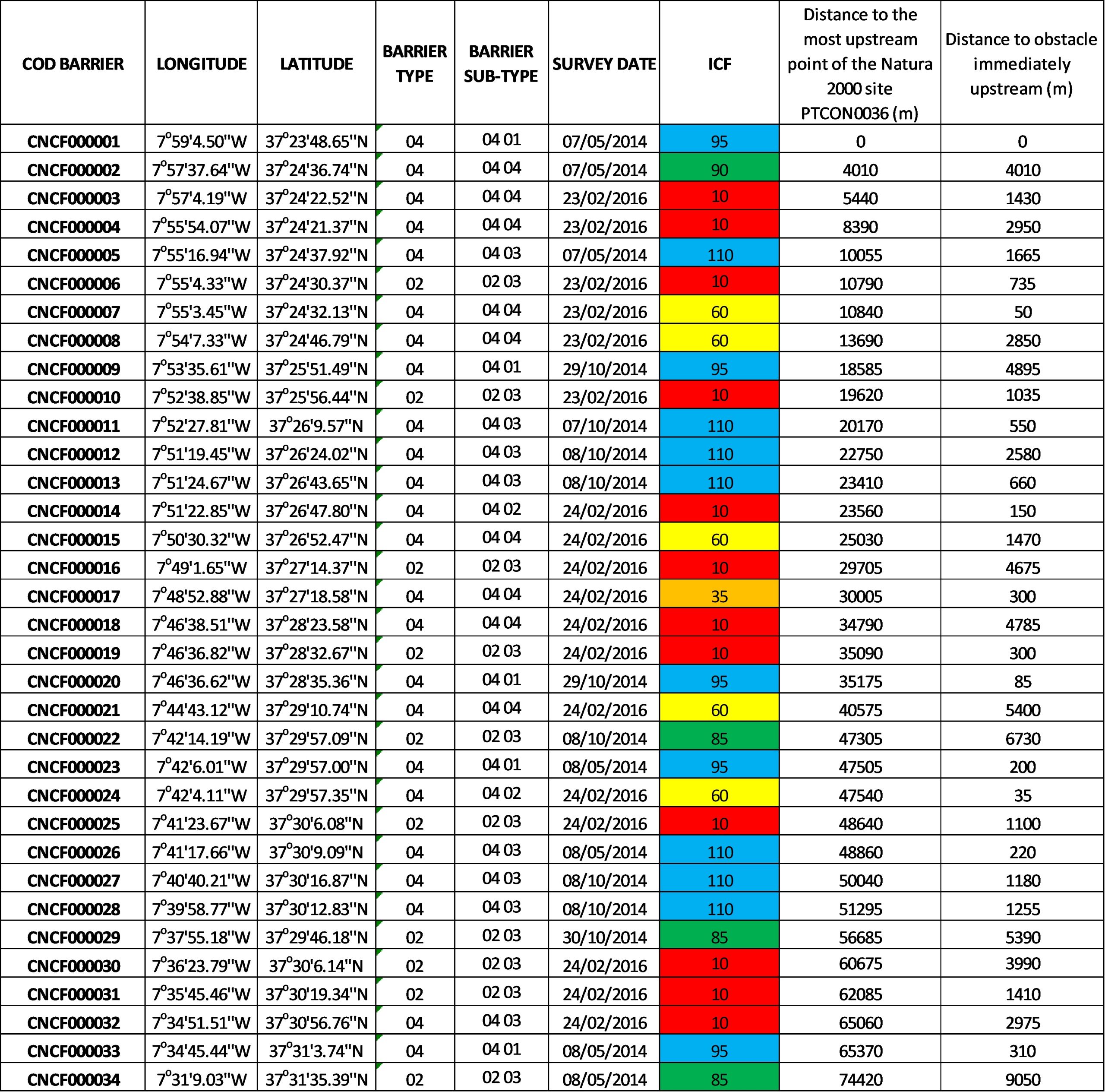 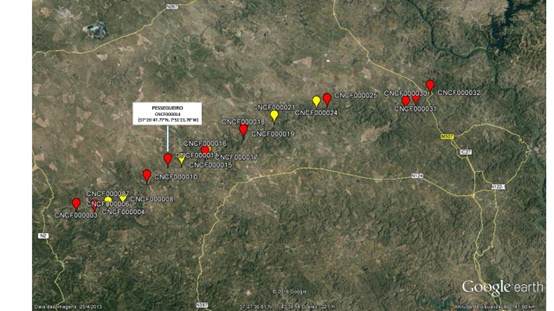 All barriers with ICF score ≤75 were prioritized to be removed or modified (creation of nature-like fish passages) to restore river continuity and enhance fish migration (Table 2).

Table 2. The barriers with substantial negative impact on fish migration (ICF ≤ 75) at River Vascão. The CNCF000014 record refers to the road crossing after the removal of the Pessegueiro multi-culvert 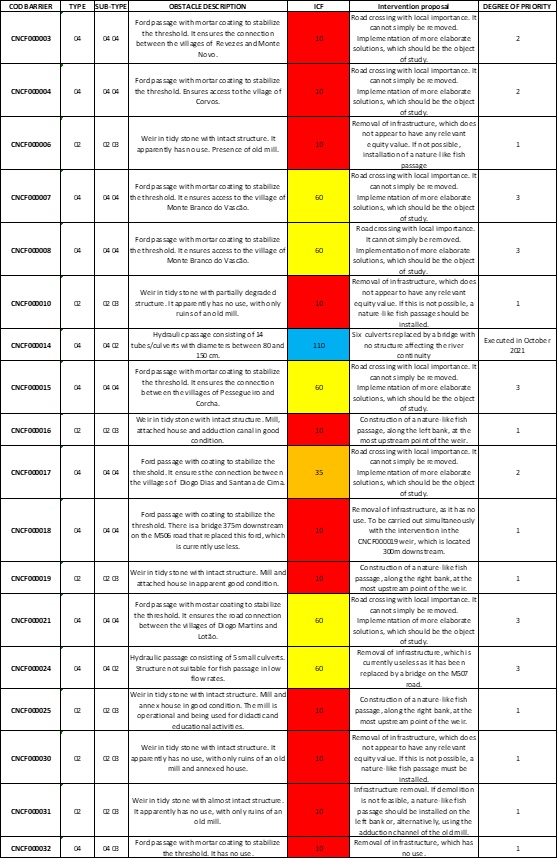 Among the barriers with the lowest ICF score (= 10) there was a multi-culvert road crossing that was built around 1980 by the municipalities of Alcoutim and Mértola as a replacement of an older ford to connect Pessegueiro (municipality of Alcoutim, Algavre) and S. Pedro de Sólis (municipality of Mértola, Alentejo) villages (Figure 3). Since this barrier was a permanent, unsurpassable obstacle, in any flow condition and for any fish species, the Instituto da Conservação da Natureza e das Florestas (National Institute for Nature Conservation and Forests, ICNF) decided to remove this barrier in cooperation with Agência Portuguesa do Ambiente (Portuguese Environmental Agency, APA), within the framework of a bigger project that aims to restore Vascão River connectivity. 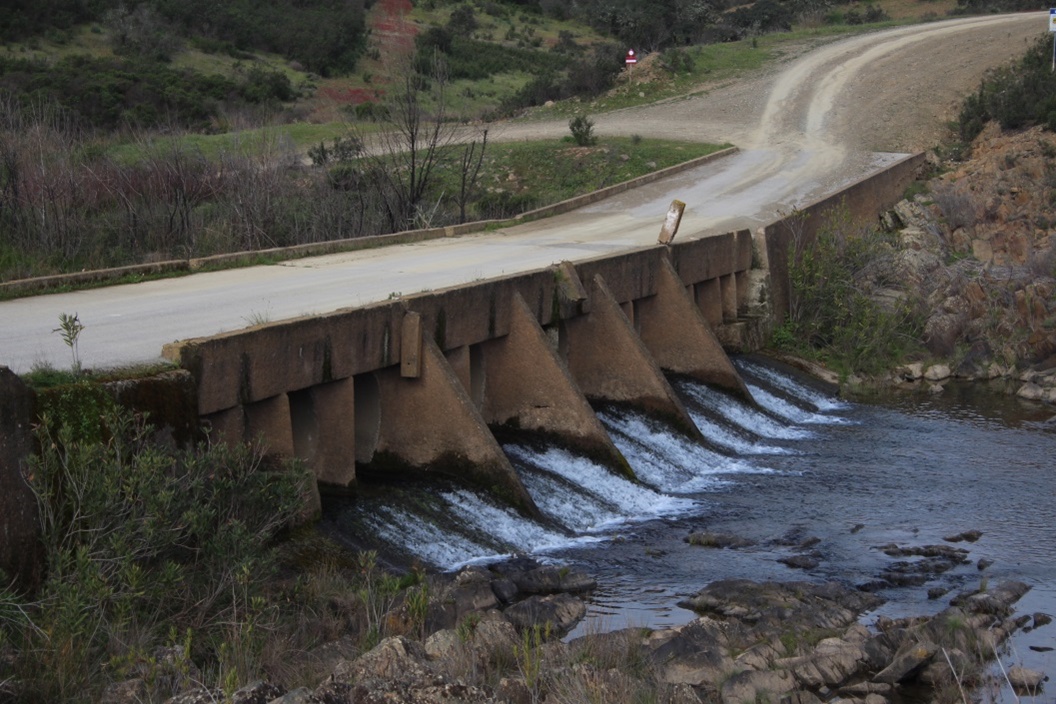 Figure 3. The Pessegueiro multi-culvert road crossing in February 2016, prior to the removal (photo by Jorge Bochechas)

In 2017, APA prepared the engineering design for the project, which was presented to both Alcoutim and Mértola municipalities, and in the following year, ICNF applied for the necessary funding. The barrier removal and the remodeling of the road crossing were successfully carried out in October 2021. The middle section of the multi-culvert road crossing was removed, and a bridge was constructed in its place (Figures 4-6). The project costed 53.938 euro and was co-financed by the EU Cohesion Fund (85%) and the National Fund – Fundo Ambiental (15%). 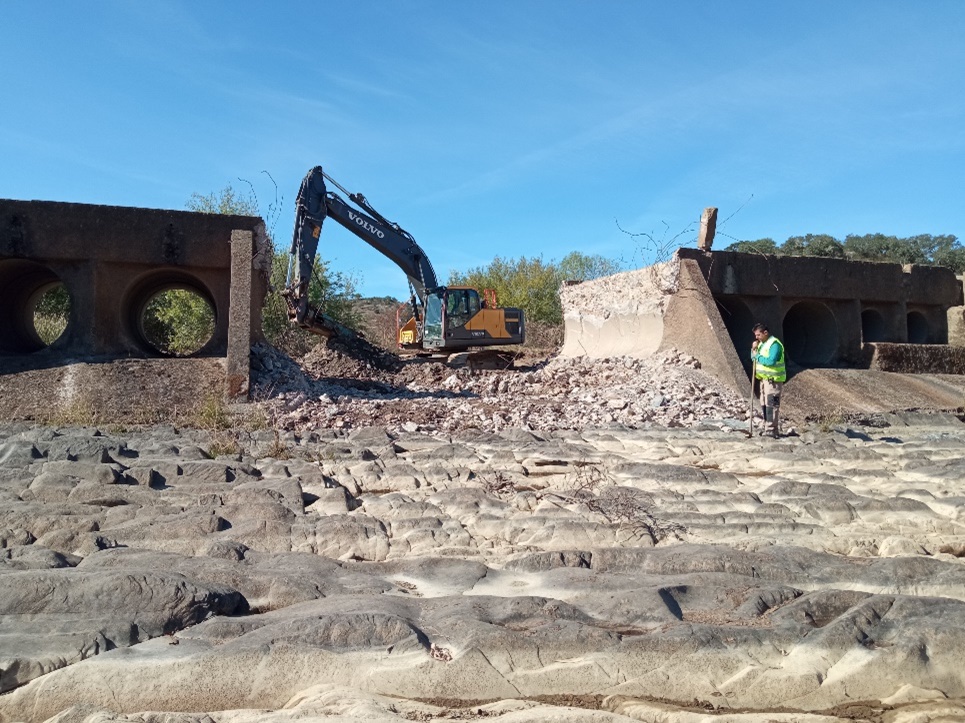 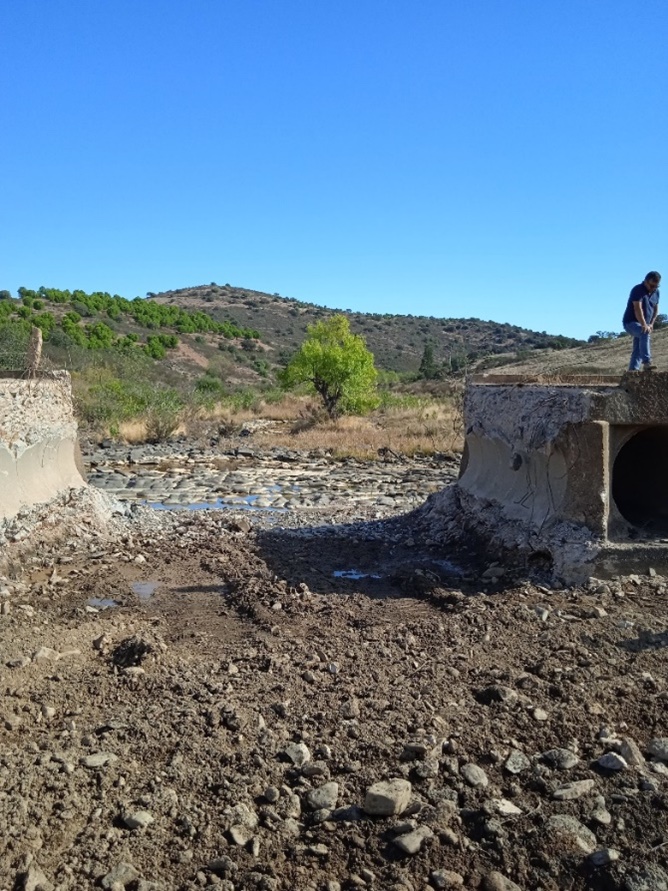 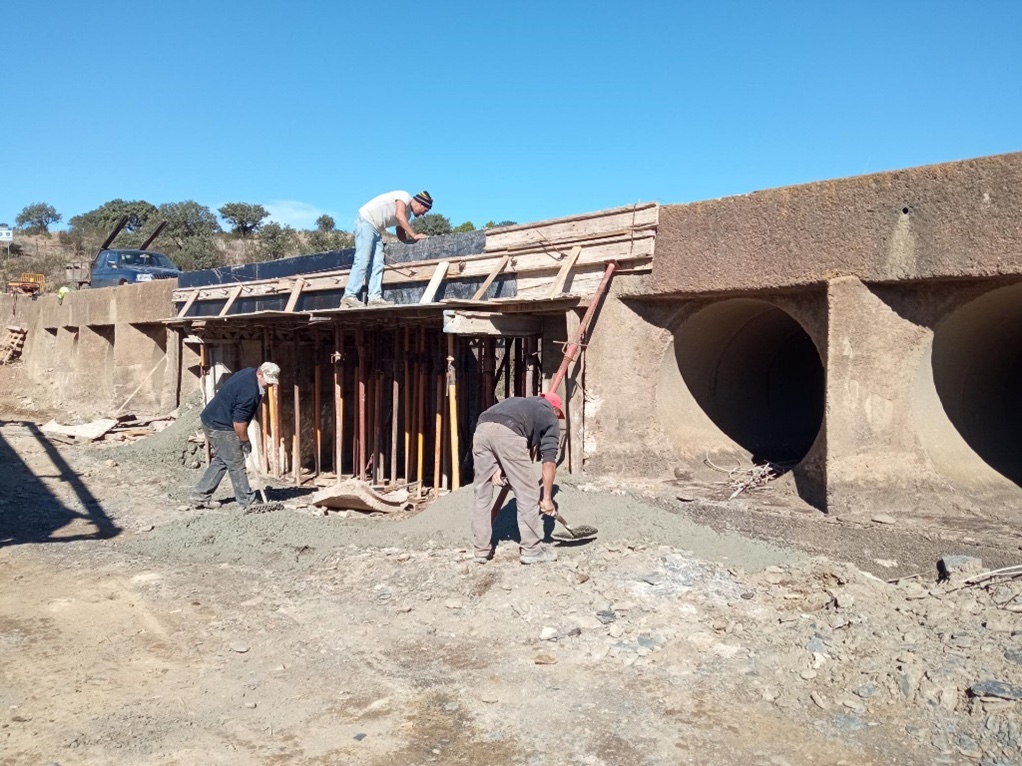 The newly constructed road crossing has a ICF score of 110 (Table 3), meaning that permits unhindered passage to all fishes, regardless of the species, the fish size, or hydrological conditions. The removal of the Pessegueiro multi-culvert road crossing renders River Vascão accessible to its entirety for medium- to large-sized fish species with moderate capacity to surpass obstacles. As for the small-sized fish species with low ability to overcome barriers, such as Anaecypris hispanica, Iberochondostroma lemmingi and Salaria fluviatilis, the removal of the Pessegueiro multi-culvert road crossing reopened a 10 km stretch that is completely free of barriers. 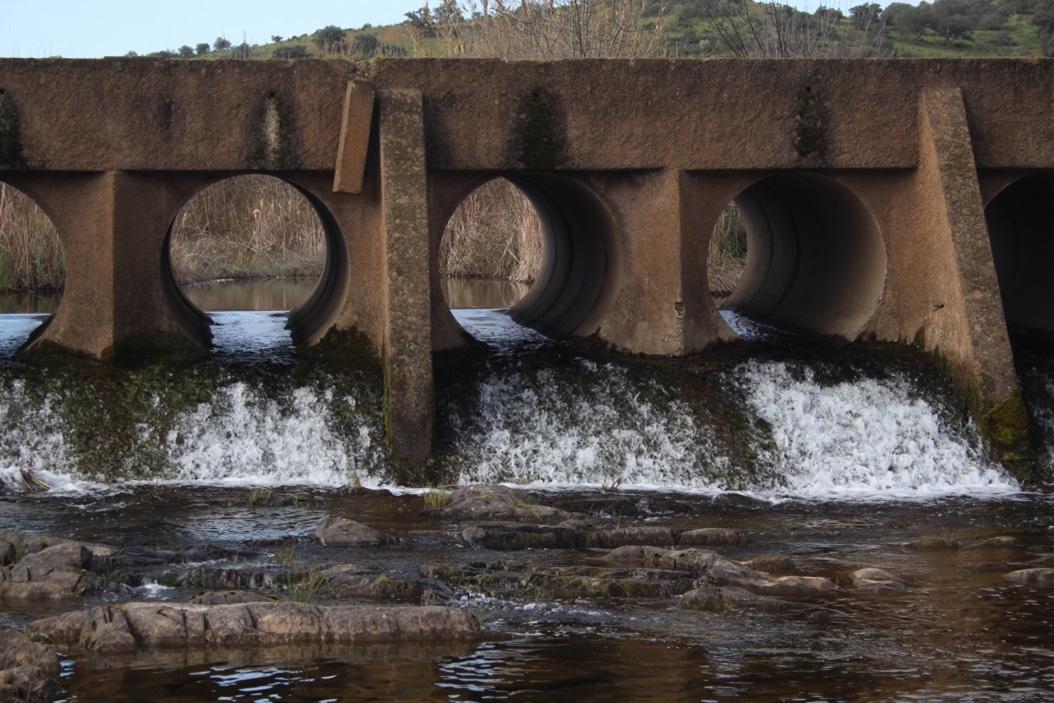 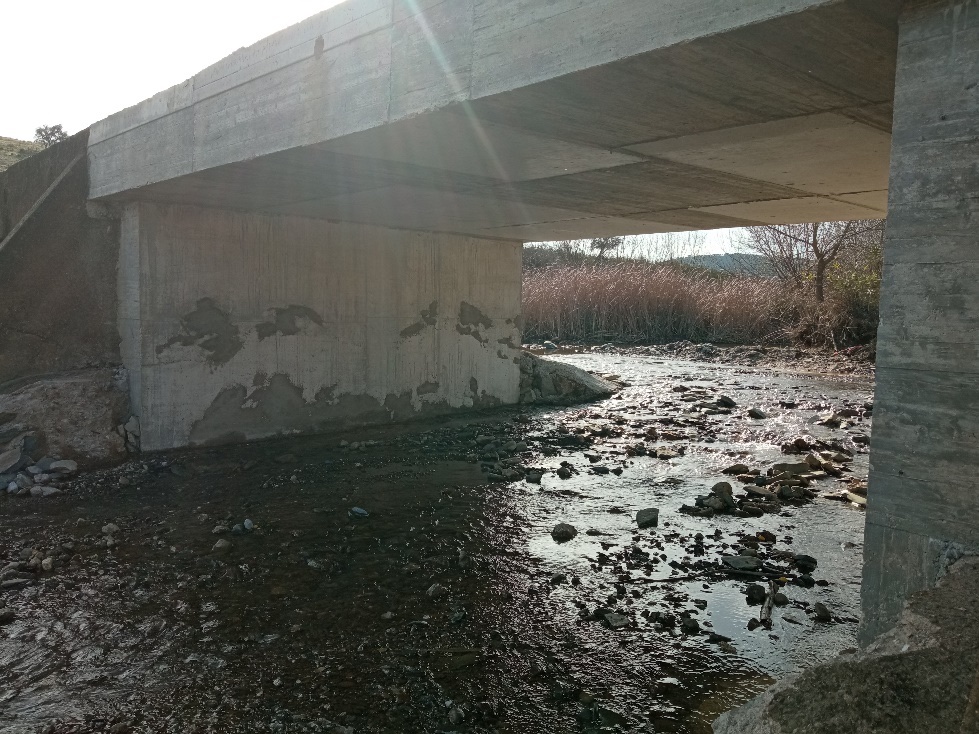 Downstream view of the Pessegueiro multi-culvert road crossing in February 2016, prior to the removal (“before” photo by Jorge Bochechas, and “after” photo by Ana Cristina Cardoso) 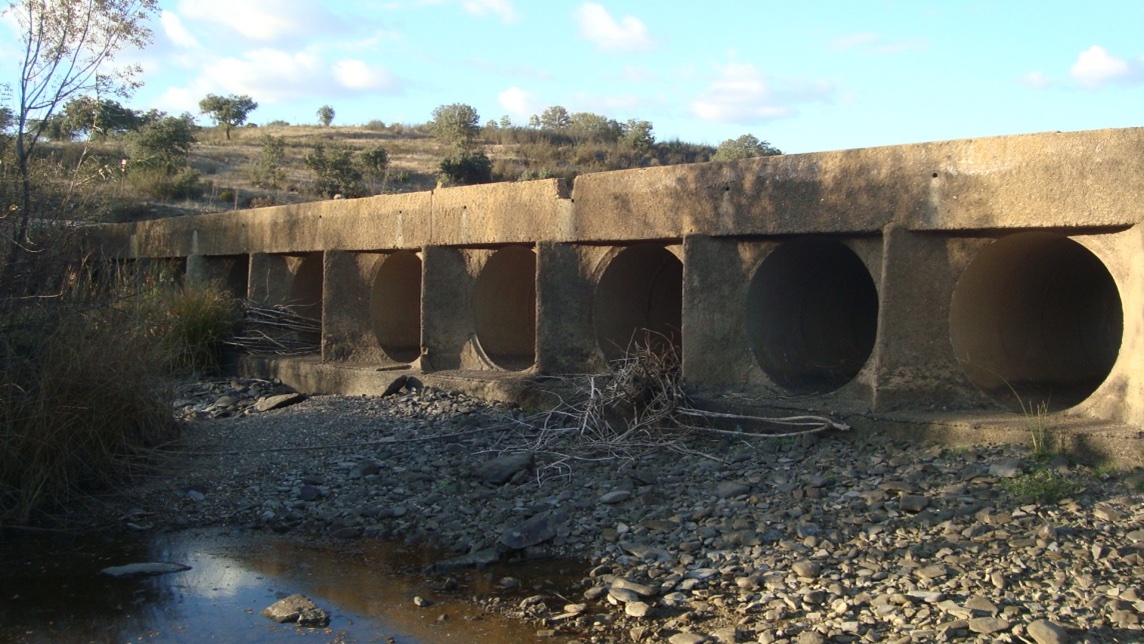 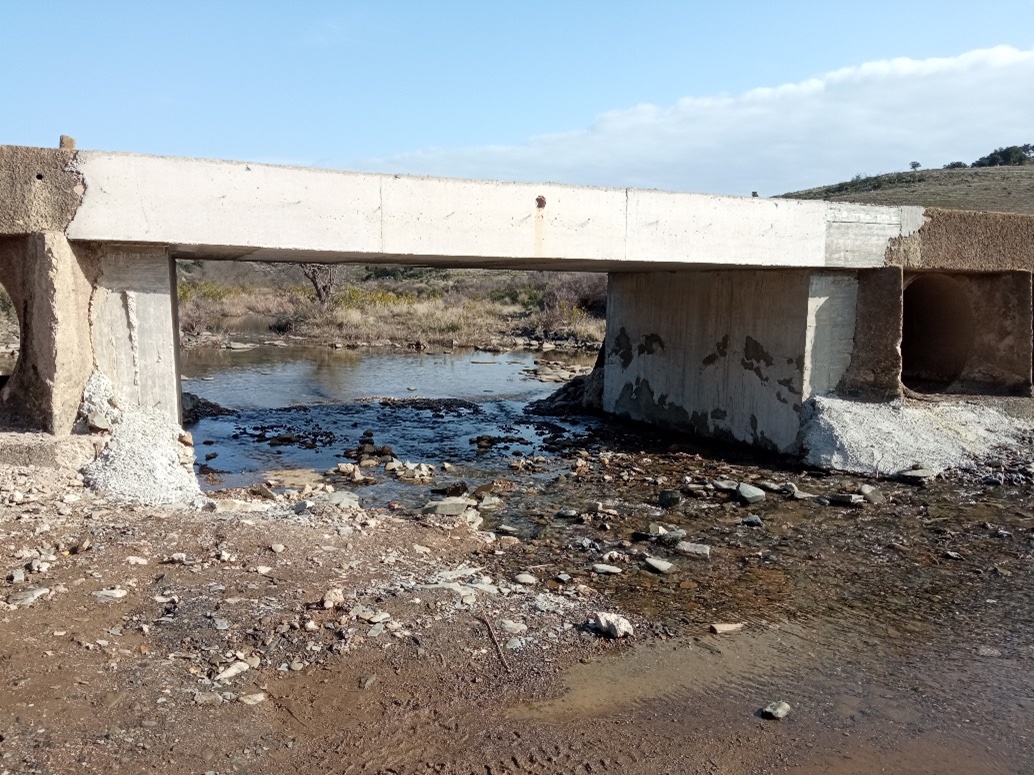 Upstream view of the Pessegueiro multi-culvert road crossing in October 2014, prior to the removal (“before” photo by Jorge Bochechas, and “after” photo by Ana Cristina Cardoso)