Crosthwaite is a small village situated in South Cumbria within the Lake District National Park. In the village lie two fields that form the site of this deculverting project. The aim of the project was to create brand new freshwater and riparian habitat by opening up a culverted beck. This beck has remained in darkness under the surface since the 1800’s, constrained by large rocks and slate. Due to its age, the culvert was failing in numerous places along its length, causing high flow events to burst through and spread gravels onto the surrounding fields. 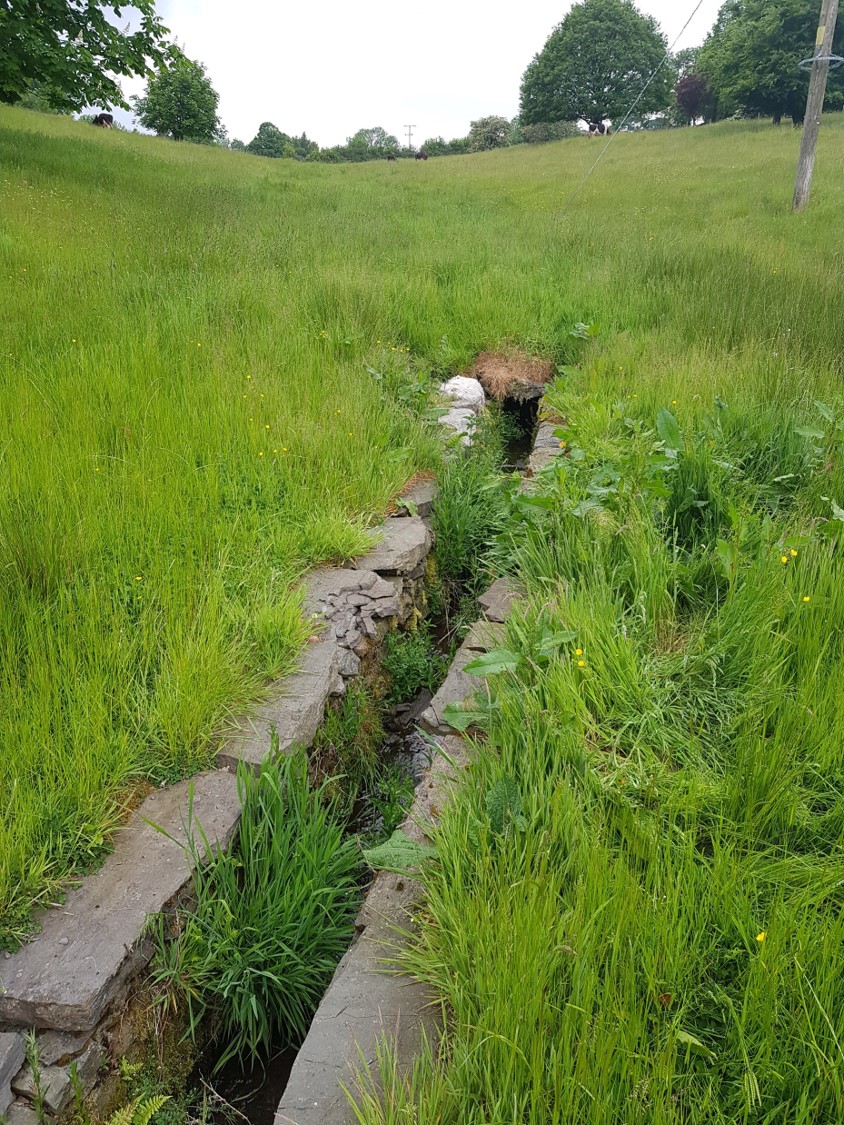 Historically many miles of culvert were installed throughout the lake district. This was mostly done to improve agricultural efficiency by increasing areas of land available for cultivation and livestock and for small scale mill schemes. Unfortunately, many of these culverts are now failing due to difficulty/lack of maintenance, resulting in blockages, often seen as water emerging on the surface of the field. This causes surface water runoff leading to:

Problems of culvert blockage and lack of maintenance resulting in surface flow also have implications on rivers and lakes downstream:

Deculverting of watercourses has many environmental benefits, including:

By opening the beck, allowing a natural flow regime and natural processes to take over, it is hoped that the beck in Crosthwaite will be colonised by aquatic plants, insects and fish species. 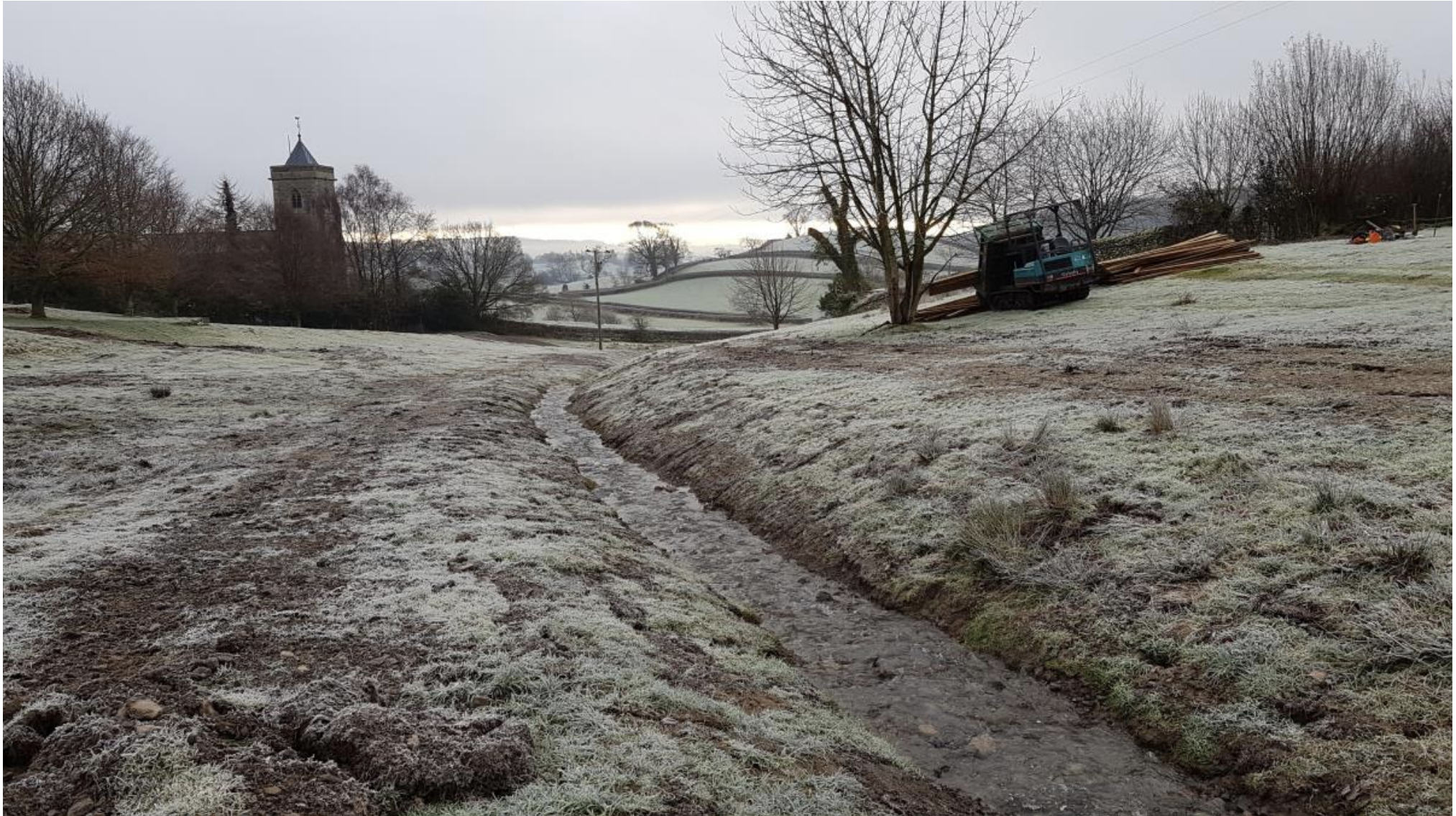 Alongside the deculverting, the project also aims to provide a private educational resource to the pupils of Crosthwaite Church of England Primary School. An educational pond with dipping platform is being introduced to allow the pupils to learn more about the freshwater environment and species that call it home. Alongside the opened beck, a private path is being created through both fields to allow the school children access to the local church. The only route beforehand was along the busy main road through the centre of Crosthwaite village.

Work started in late November 2018, and quickly the new beck was uncovered. Usually in-river working is not permitted by the Environment Agency during the winter months due to spawning salmonids. For this project we were granted permission to complete the works as long as we had strict silt and pollution prevention controls in place. This permission was granted because the culvert prevented the migration of salmonid species up this tributary and therefore the risk was limited.”

The Crosthwaite Culvert in Northern England was possible through the donation of 10.000 Euros. By opening the stream, it is hoped that it will be colonised by aquatic plants, insects and fish species. They are also installing an educational freshwater pond where local, young students can come learn about the freshwater environment and species. This is an amazing project and ambition that would not have been possible without the generosity of the people who are investing in the rewilding of our future.