Swin Burn is a 6.5km long tributary of the River North Tyne (U.K.) and is currently not achieving ‘good’ WFD status for fish. The species present downstream are salmon, brown/sea trout, bullhead and stone loach. A walkover conducted in spring of 2018 identified two obstructions in the lower reaches (Fig. 1) that cumulatively could be a major contributory factor to this assessment. 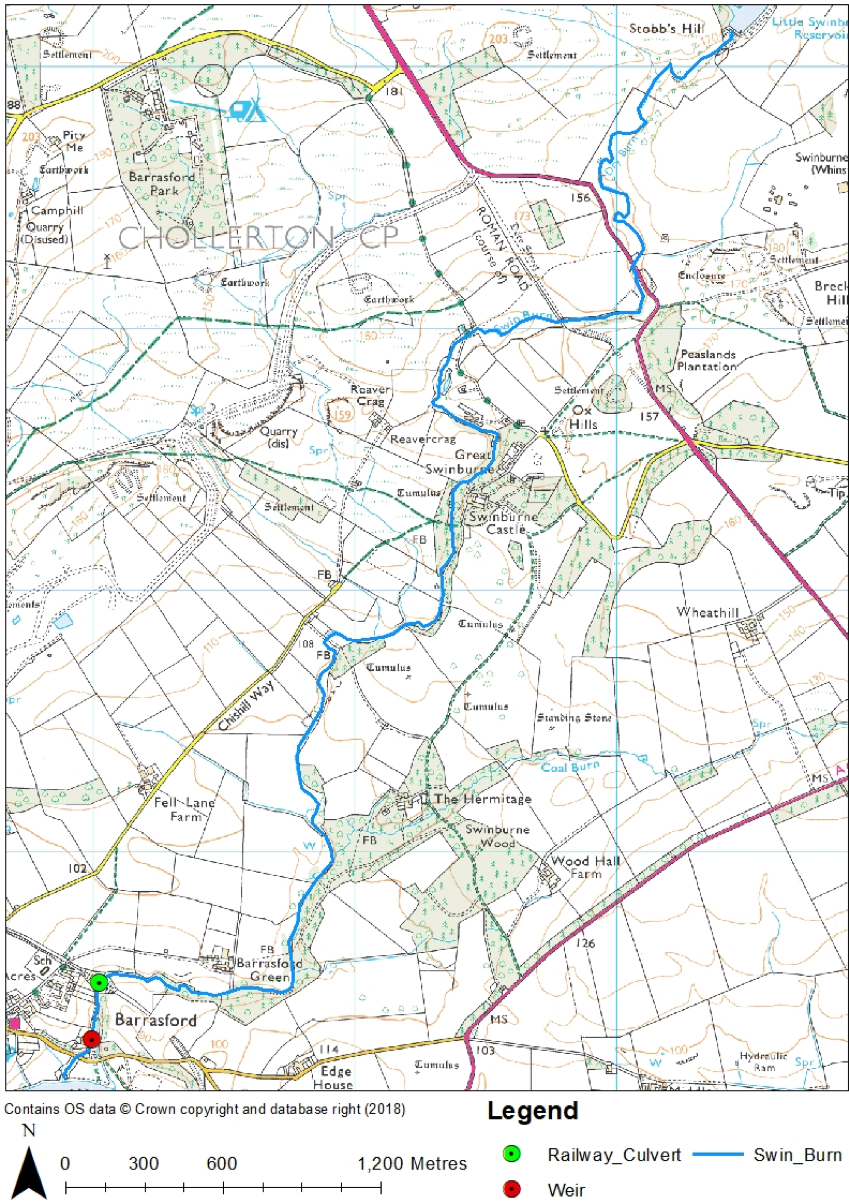 Figure 1. Location of weir and railway culvert on Swin Burn.

The downstream barrier was a historic weir associated with a now non-operational hatchery (Fig. 2). The weir was primarily a stone structure, but the main barrier was identified as a wooden beam that stretched across the width of the watercourse. While this structure was a partial barrier to migratory fish, it also accumulated large amounts of debris that rendered the structure entirely impassable except in very high flow conditions. 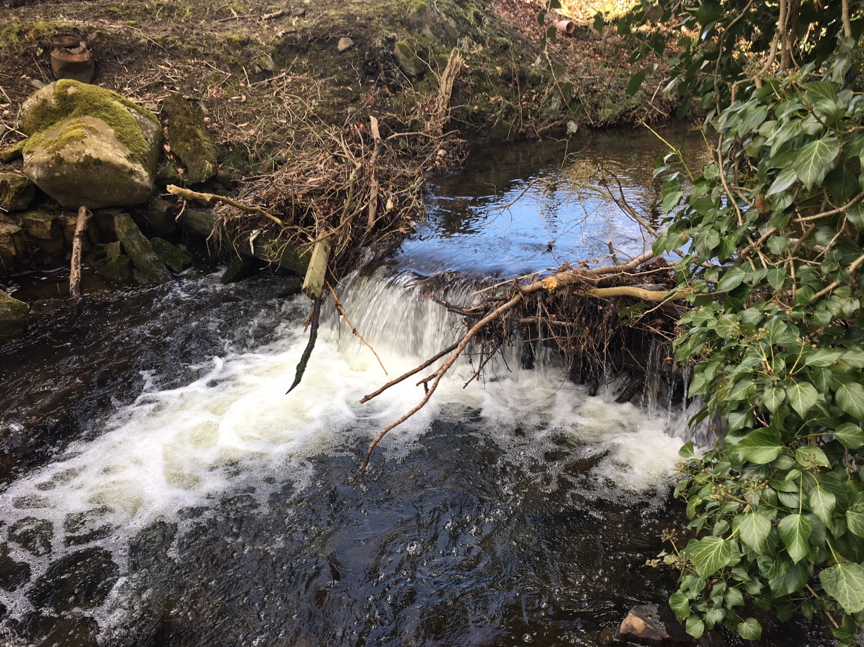 The second obstruction was a historic railway culvert that extended for a length of approximately 90m. While water depth and velocity in the lower 30m was suitable for fish migration, the upper 60m represented a significant challenge to fish in the form of shallow, fast flowing water (Fig. 3). 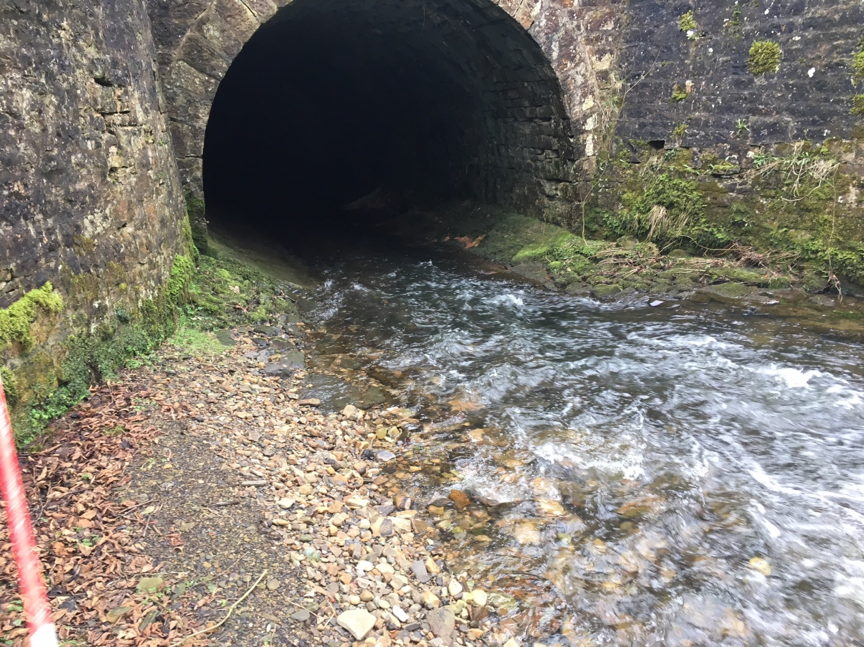 To improve fish passage at Swin Burn, mitigation was recommended at both the weir and the culvert. In the case of the weir, removal was recommended while installation of baulks was the preferred solution in the railway culvert to increase water depth and reduce velocity. This would open up 4km of watercourse to fish. The works were undertaken by the Tyne Rivers Trust in partnership with the Environment Agency

Full removal of the weir was initially proposed to provide swim through conditions for all species in all flow conditions. However, it became clear that full removal would risk destabilisation of a significant amount of upstream sediment. As such, some elements of the structure were left in place (Fig. 4) and are likely to slowly degrade over time, thereby providing a more controlled and steady release of sediments over time. Nevertheless, the ‘passability’ of the structure is now significantly improved and the structure is no longer expected to be a barrier to fish migration. The weir removal took two days to complete and was largely carried by volunteers so the removal required approximately £1,000. The entire project including the fish passage work at the railway culvert was £10,552. 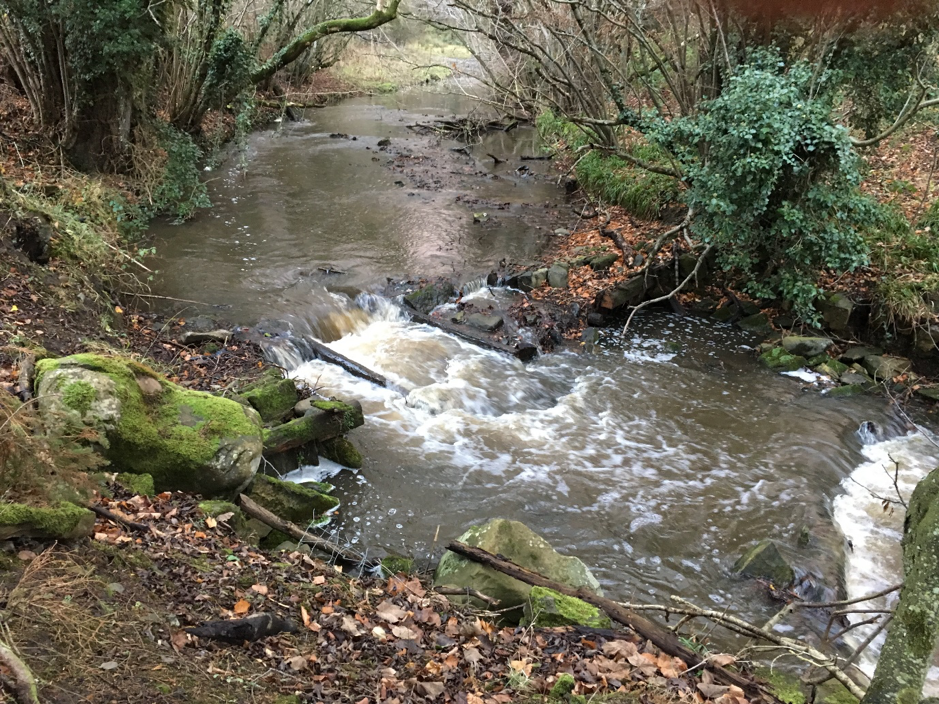 Figure 4. Weir after removal showing it is easily passable to migratory fish.

It is hoped that a range of species will benefit from these interventions, so future monitoring of fish populations at Swin Burn will likely provide very interesting results as to the impact of this work. The site will be surveyed in the summer of 2019. It is also anticipated that there may be more recreational opportunities, such as angling, as fish populations begin to flourish.

Three years after the removal of the Swin Burn weir, Jack Bloomer, deputy CEO of Tyne Rivers Trust, summarizes the results of the project:

“Since the removal of the weir more salmon have been found upstream of the structure than ever before, providing clear evidence that they can now migrate upstream and lay their eggs in the high-quality spawning habitat that is found there. This has knock-on benefits for other species like otters and kingfishers that we know are also found on the burn and rely on strong fish populations to thrive. Smaller streams like Swin Burn that provide such excellent habitat for the earliest life-stages of our native fish species are vital in ensuring the long-term health of species like the iconic Atlantic salmon, and the ecosystem as a whole.”

Thank you, Jack Bloomer and Tyne Rivers Trust, for the great work, photos and information