The Dam Removal Europe coalition hosted a never-before-been-done webinar featuring a live dam removal in Sweden. The powerplant removal was uniquely instigated and undertaken by hydropower owners to improve biodiversity and surrounding ecology. The removal and on-site interviews were watched worldwide. 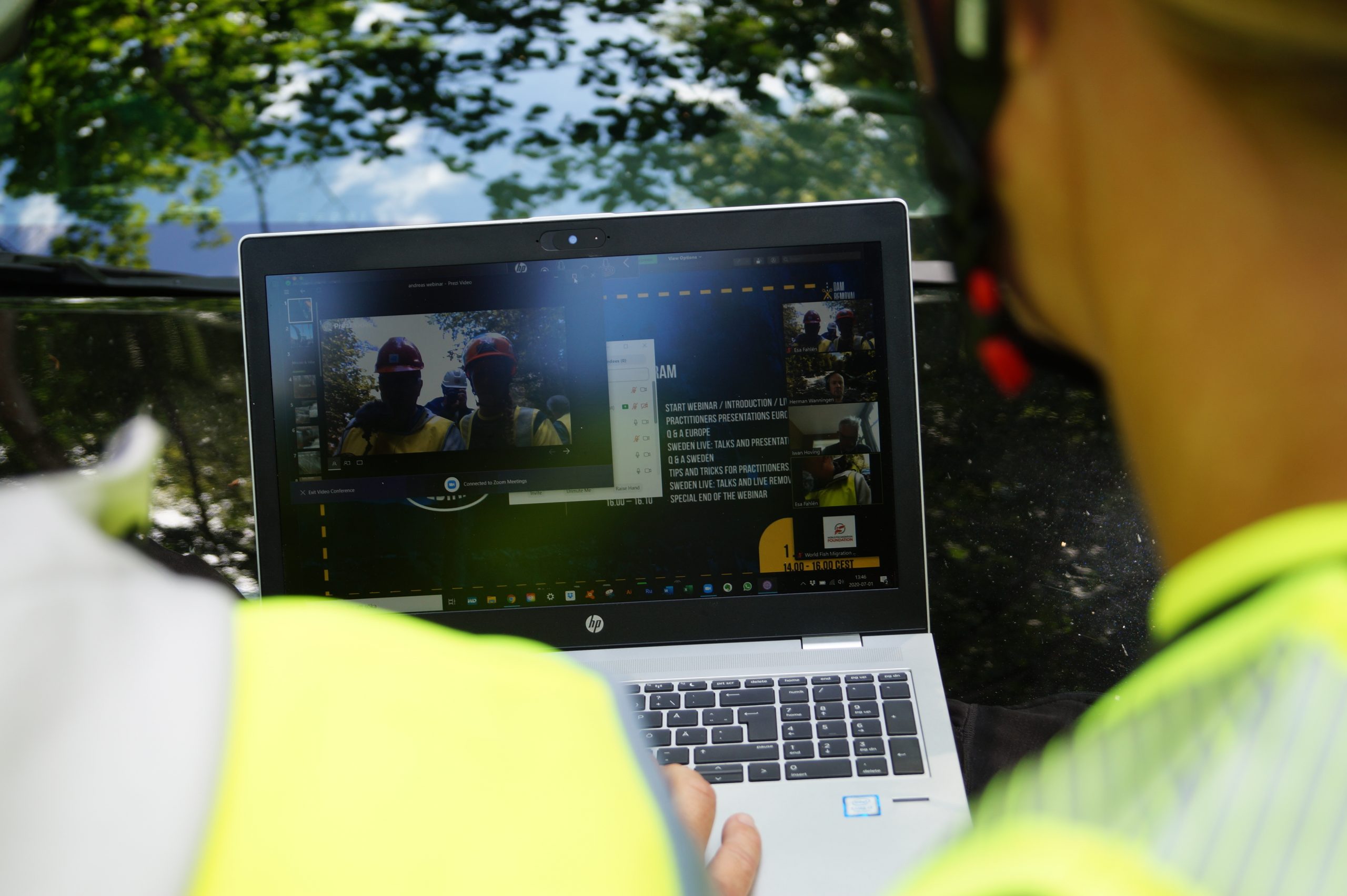 In another sign of the growing momentum behind dam removals across Europe, Uniper’s hydropower in Sweden oversaw the removal of their Marieberg Powerplant. The company recognizes that removing it will help to improve river connectivity, restore habitats and bring biodiversity back to the river – environmental benefits that now outweigh the relatively small amount of renewable energy the powerplant produces. This removal comes on the heels of the release of the new EU Biodiversity Strategy that has set a target of opening up 25,000km of river through dam removals. A portion of this dam removal was streamed live on July 1 as a part of a two-hour international webinar programme hosted by Dam Removal Europe.

“The Marieberg Powerplant removal is a unique blending of industry, NGOs, fishing organizations, and business owners prioritizing river restoration initiatives in the times of a global pandemic. This removal should serve as a guiding example to meet the challenges of the journey to the goal of 25,000km of free-flowing rivers in Europe by 2030,” said Iwan Hoving, Dam Removal Europe project manager. “We know Europe’s rivers are the most fragmented in the world; now is the time to remove obsolete dams to bring life back to our rivers.”

The Dam Removal Europe practitioners webinar was attended by nearly 500 people from 54 countries—with representation from every continent except Antarctica. It featured live footage of the demolition site, and expert dam removers shared their lessons learned and best practices concerning removing dams. The experts were representatives from Dam Removal Europe, Unipers Hydropower in Sweden, World Fish Migration Foundation, Mörrum Salmon Fishing, and WWF, as well as leading scientists and dam removal practitioners from the UK, France, Sweden and the USA. Taken together, they have removed over 300 dams.

“As the works and webinar went on, we saw ten salmon over 10 kilos each already swimming upstream of the former dam site,” said Esa Fahlén, project manager from Älvräddarna in Sweden. He reported live from the project site.

During the exclusive visit on-site, webinar attendees were given the extensive overview of the work and dedication it took to get this project off the ground; including live interviews from Uniper representatives and local scientists and biologists involved in the project. The privately-owned company, Naturentreprenad Syd AB, was responsible for the demolition of the dam. The owners started this company solely to improve rivers in Sweden, giving recognition to the economic benefit of removing barriers.

“One of the biggest ambitions of the Dam Removal Europe coalition is to scale up the dam removal movement to all European countries and help free Europe’s rivers from over 100,000 obsolete and out-of-use barriers,” said Bart Geenen, Head of the Freshwater Programme at WWF. “As we look towards the next ten years, we aim to catalyze dam removal in Europe as a mainstream river restoration option and directly support the removal of dams to open up 10,000 km of rivers. One of the ways we can do this is through engaging with communities and giving them the tools they need to remove dams.”

This webinar was the first in a series of webinars that Dam Removal Europe will roll out over the next year. The webinar ‘episodes’ will give light to the steps, challenges, and resources needed for a fundamentally successful dam removal project. These episodes are tailored to be informative, inspiring, and stepping stones to those embarking on their dam removal project in their country. 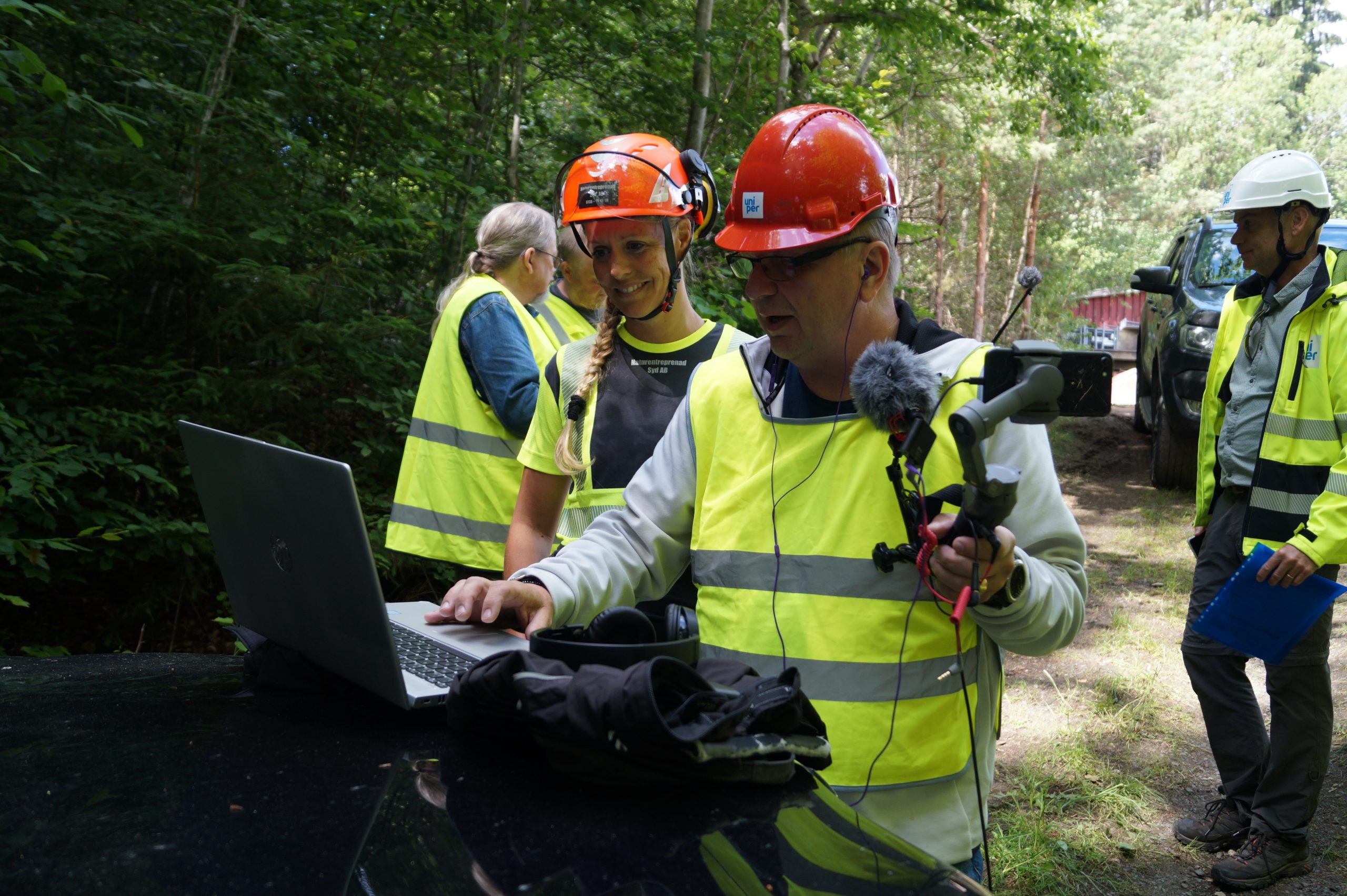 The future of Dam Removal Europe

The future of Dam Removal Europe