To celebrate World Fish Migration Day, the project has released a short film showcasing the weir removal work that was carried out on the Afon Tryweryn, a tributary of the River Dee. The film highlights the importance of barrier removal to migratory fish, and the wider benefits it brings to the environment.

Work to dismantle the redundant weir on the Tryweryn was carried out by experienced local contractors, in conjunction with NRW’s technical specialists, to remove the man-made structure and help improve access for fish.

Boulders from the weir were redistributed to provide important habitat and spawning areas for the variety of species that live in the river, and were also used to stabilise the river bed.

“The weir was a physical barrier to migratory fish, especially on low flows in spring when large numbers of juvenile salmon could be seen congregating above the weir whilst attempting to migrate to sea. These delays reduce the likelihood of these fish surviving and returning to spawn in future. By removing the boulder weir, it has immediately improved conditions for fish migration within the Afon Tryweryn.

“It’s a fantastic first milestone for the project, and all the work was completed on time before adult salmon begin spawning in the Tryweryn this winter. We couldn’t have achieved this without the support of the local community, the landowner and contractors, as well as our project partners.”

“The Snowdonia National Park Authority is very pleased to be a partner in such an ambitious project as the LIFE Dee River. Many rivers in Wales have been highly modified historically, often with unforeseen negative consequences for the natural environment.

“Reversing some of the causes of current problems within the River Dee catchment is essential for restoration of the natural functioning of the river and its myriad associated benefits to ecosystems and people.”

This is the first full weir removal for the project, with modifications to another 10 weirs in the catchment being carried out within the next four years.

“Removing artificial structures such as weirs enables natural river processes to re-establish themselves. These processes create the natural form and functions that are critical to sustaining a diverse ecosystem.

“Weir removal restores the natural ‘conveyor belt’ of sediment that moves along a river and controls the shape of the entire river corridor. In turn the form of the river corridor helps species adapt and cope with the extremes of climate change through providing natural functions such as oxygenation and temperature regulation.

“So by removing weirs we help restore and sustain these highly diverse habitats that benefits the entire ecosystem; from providing in-channel river gravels for invertebrates to live and fish to spawn, to shady bankside trees for kingfishers and otters to forage.”

World Fish Migration Day is held on 24 October and is a global celebration to raise awareness of the importance of open rivers and the special migratory fish that inhabit them.

To find out more about the project, please visit the project’s webpage, follow @LIFEAfonDyfrdwy on social media or email the team at lifedeeriver@cyfoethnaturiolcymru.gov.uk 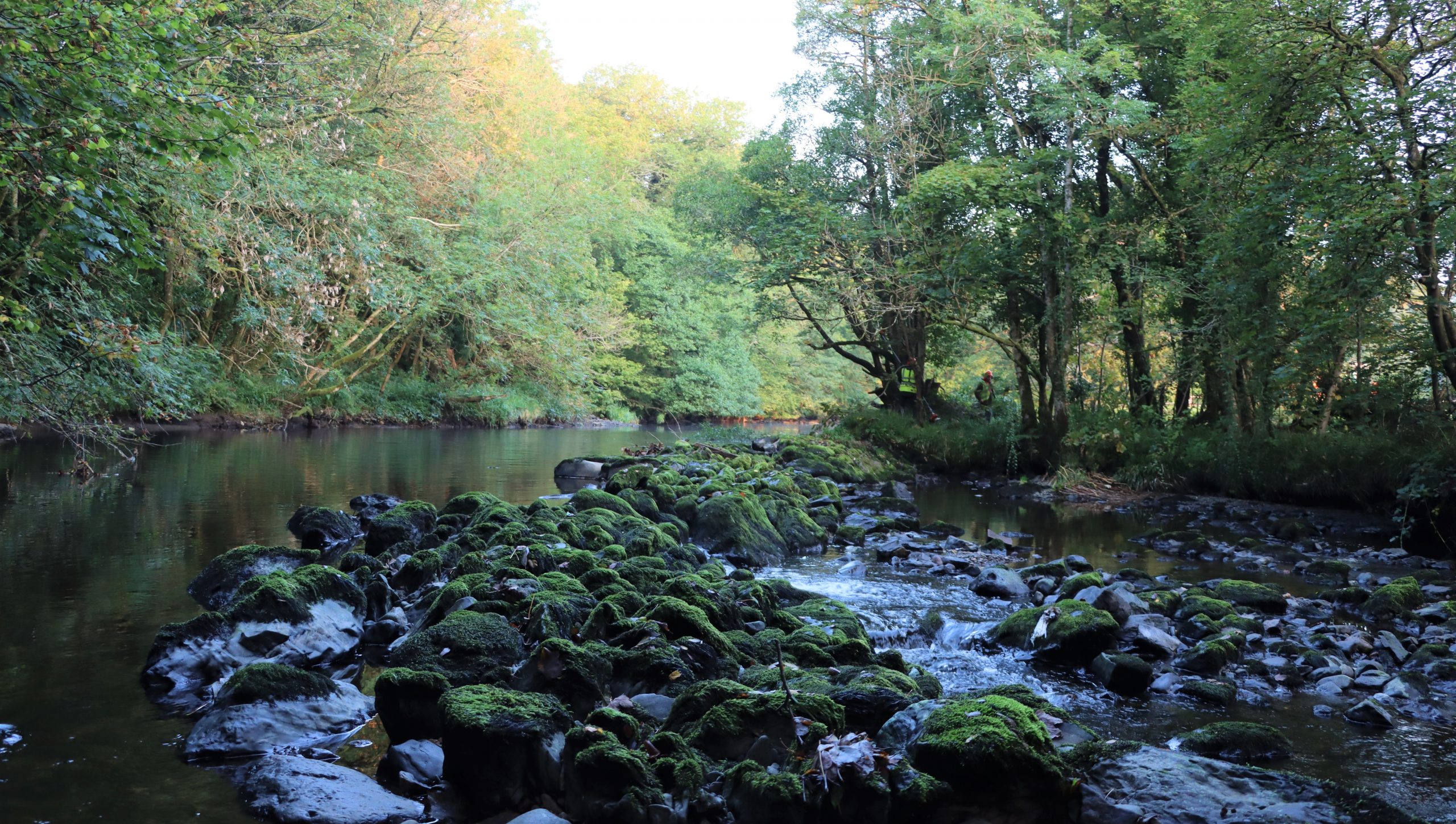 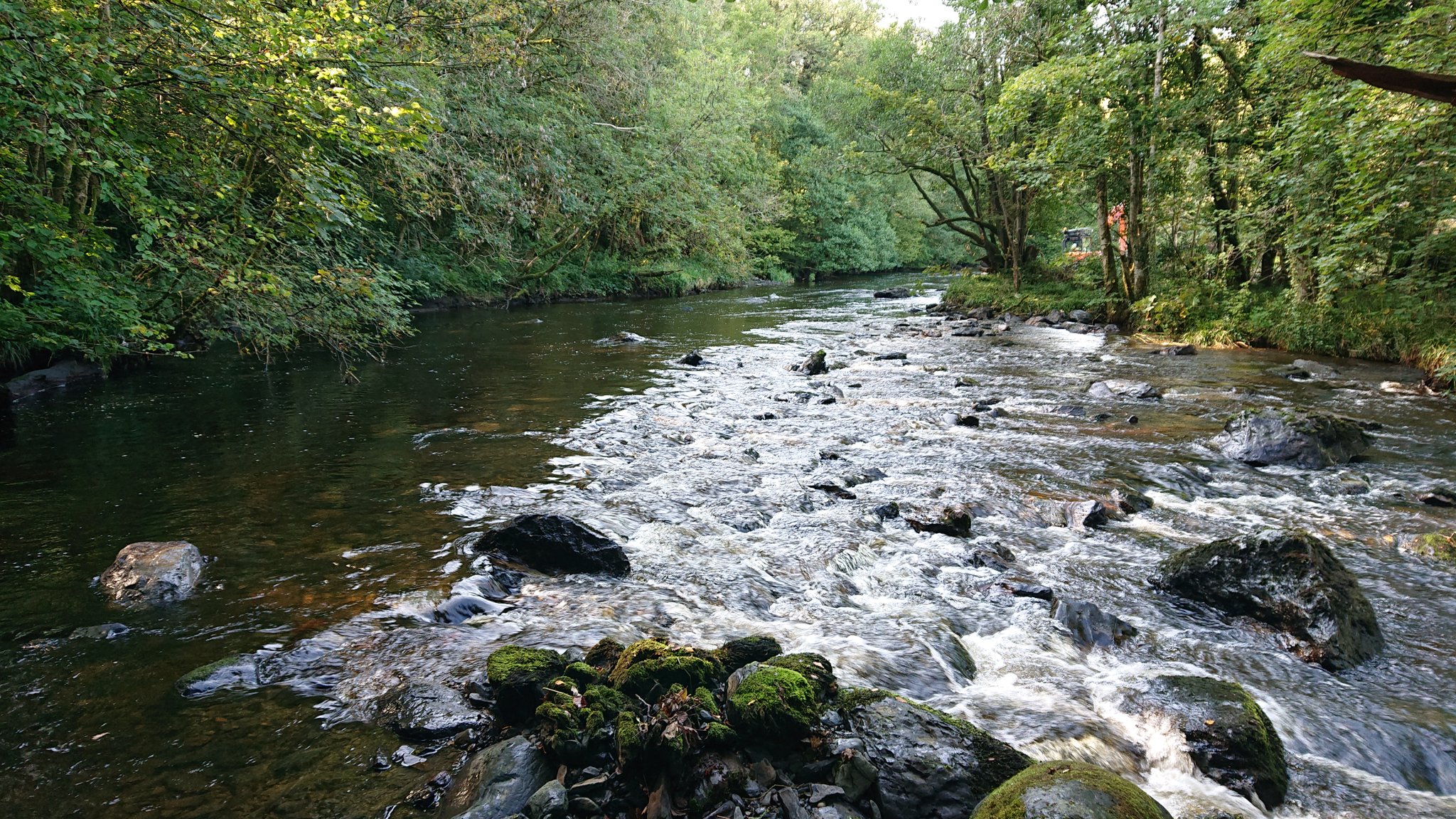