Over 100 barriers removed from European rivers in 2020! 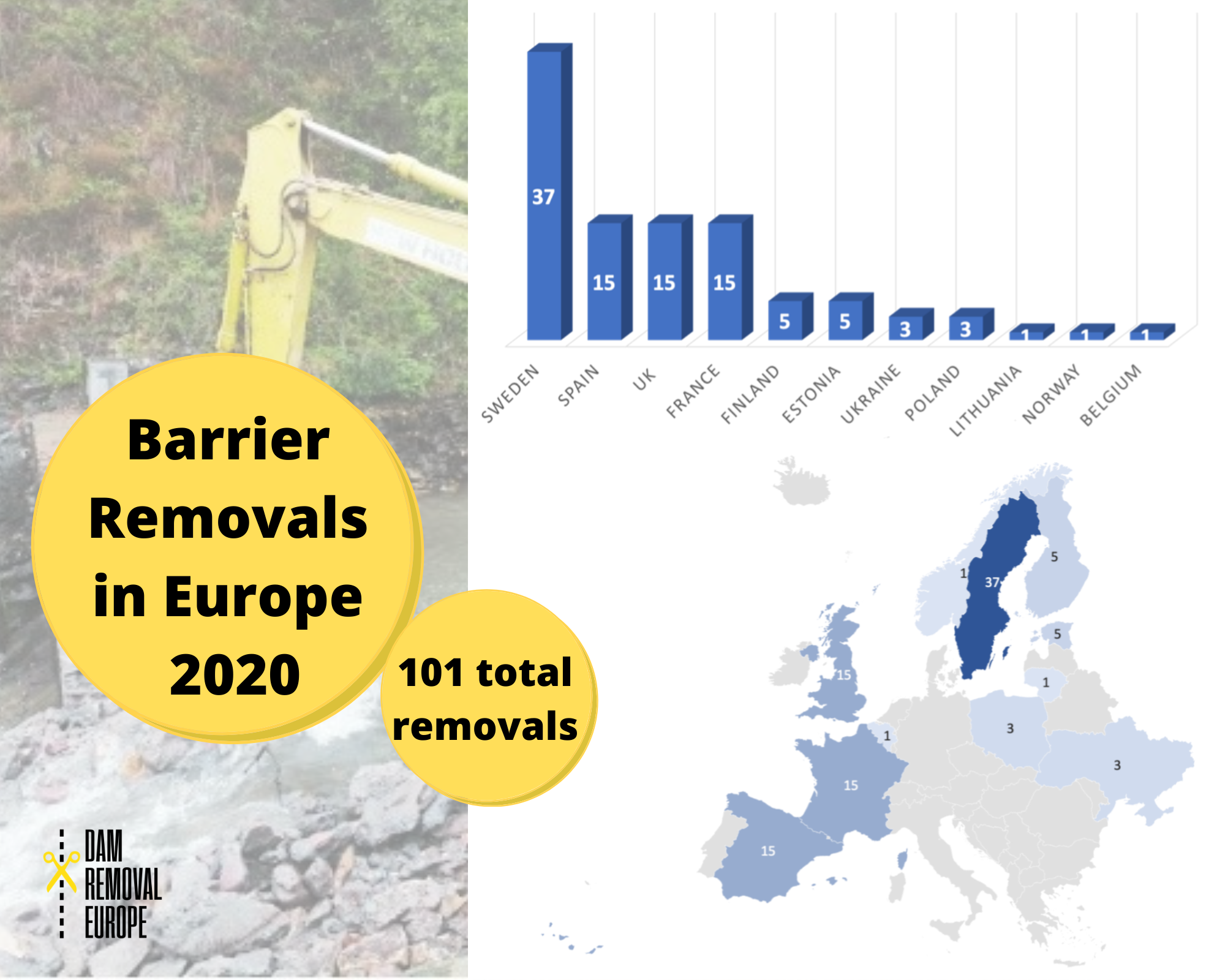 The European Biodiversity Strategy released last year aims to restore 25.000 kilometres of free-flowing EU rivers by 2030. Experts agree that this target can only be achieved by removing thousands of barriers, most of which no longer fulfil their original purpose or are completely abandoned. The recent EU-funded AMBER project estimated the total number of barriers in Europe to be much higher than previously thought: no fewer than 1.2 million! Out of all those obstacles, around 15% are considered obsolete and unrequired, a staggering number of almost 200.000!

World Fish Migration Foundation conducted the first survey to track the progress of barrier removals in Europe. The information collected is used to follow the impact of new dam removal policies and European wide enabling actions by the Dam Removal Europe coalition. Based on the data collected from European river practitioners, we conclude that at least 101 barriers were removed from European waterways in 2020! This is an impressive result, and this figure will grow even larger as some responses are still being processed. At the same time, we realise that this is just a start, knowing that Europe has around 200.000 obsolete barriers.

The main facts that stand out are:

‘Barriers like dams and weirs block the river connectivity and essential habitat for migratory fish. Fish stocks in Europe have declined 94% in only 50 years. It’s crucial that the veins of the world are opened up again for fish, wildlife and the people that depend on them’: Herman Wanningen, director World Fish Migration Foundation.

The outcomes of this study are highlighted at the international Fish Passage Conference, held between June 21-24. During the conference, there will be live dam removal in Slovakia and a presentation about the Glines Canyon (60 meter high) dam removal in the USA. Improving river connectivity is of global relevance because rivers are rapidly losing fish and other wildlife. There is an urgent need for innovative solutions. With over 3500 registrations from over 90 countries this conference shows that this topic is a relevant river management issue. 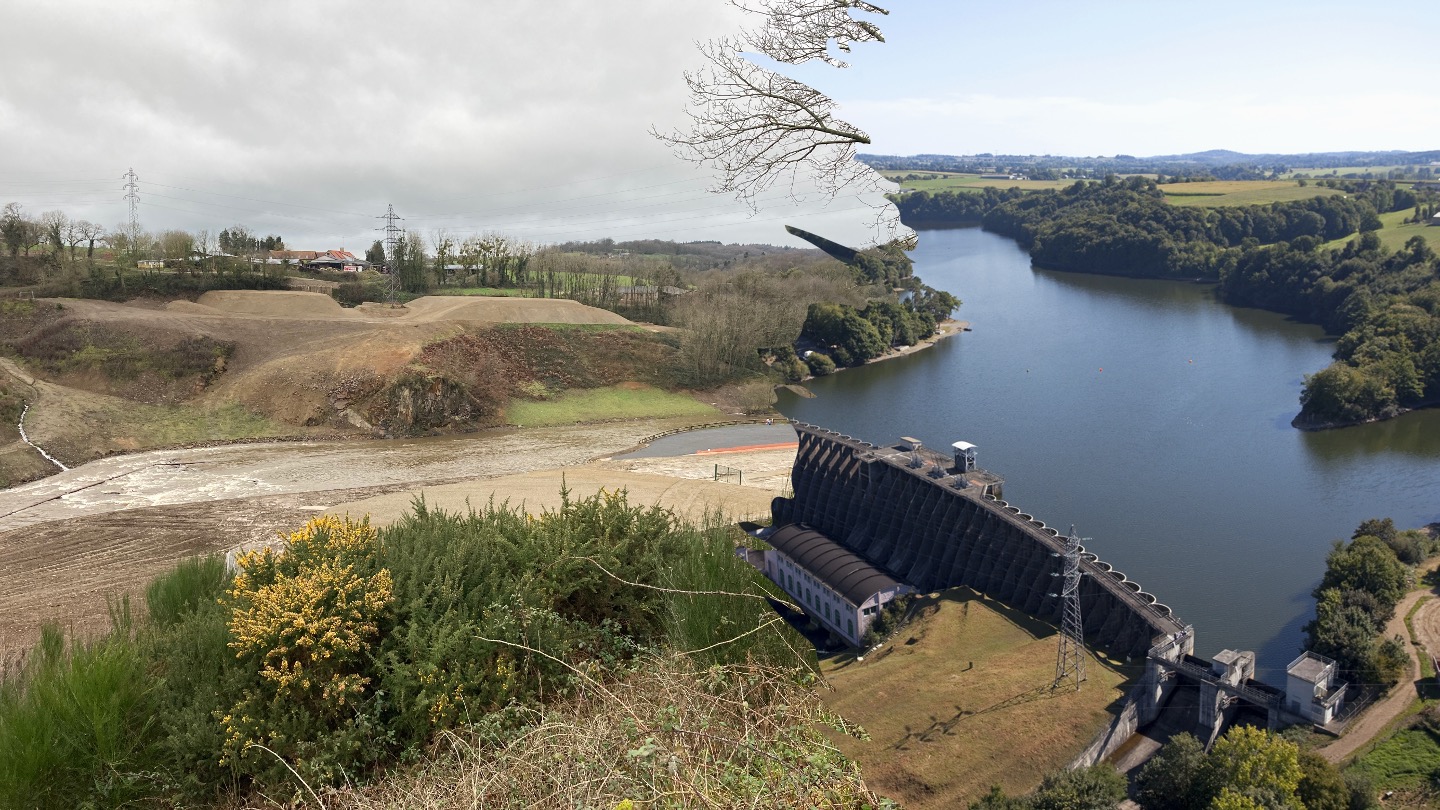