Sélune River, Normandy, France – In a historic moment for Europe’s rivers, the first, irreparable breach was made today in the 36 metre high Vezins Dam – kick-starting the biggest dam removal in Europe so far.

This landmark event is part of a long-term project to free the Sélune River, and bring salmon, eels and other wildlife back to the river and the famous bay of Mont-Saint-Michel – a UNESCO world heritage site and one of Europe’s prime tourist attractions.

Along the Sélune River in Normandy, the removal of two old, obsolete dams over the next two years – the Vezins and La Roche Qui Boit— will open up 90 km of river, improving water quality, allowing migratory salmon to return to their ancient spawning grounds and benefiting people and nature all along the river.

“The removal of the Vezins Dam signals a revolution in Europe’s attitude to its rivers: instead of building new dams, countries are rebuilding healthy rivers and bringing back biodiversity,” says Roberto Epple, president of European Rivers Network and 2018 Euronatur Award recipient. “Nature can recover remarkably quickly when dams are removed and I look forward to watching salmon swimming past Mont St Michel and spawning in the headwaters of the Sélune for the first time since my grandparents were young.”

Historically, the Sélune River was home to salmon that travelled from the river mouth, near Mont Saint Michel, upstream to mate and lay eggs. However, construction of these two dams stopped the salmon from migrating and this effectively stopped the recreational and commercial harvest of them as populations collapsed. The removal of these dams will help to bring more wildlife and biodiversity back to the river along with other recreational and touristic opportunities.

Artificial barriers (dams) are one of the biggest threats to river ecosystems, resulting in river fragmentation and loss of habitat connectivity. They stop the natural flow of sediments downstream and affect migratory fishes from travelling up- or downstream to complete their lifecycles. These impediments often lead to the decrease or decimation of native fish populations and can harbour other, non-native species in their adjacent impoundments. A new study in Nature revealed just one-third of the world’s longest rivers remain free-flowing with the river “fragmentation and flow regulation are the leading contributors to the loss of river connectivity.”

Globally, freshwater species populations have declined by 83% on average since 1970. The recently approved Intergovernmental Science-Policy Platform on Biodiversity and Ecosystem Services (IPBES) report specifically recommends conserving and restoring river connectivity to boost freshwater biodiversity. As prescribed by the Water Framework Directive (WFD), each of Europe’s rivers must attain a ‘good’ ecological status and yet 40% of rivers fall short. Removal of old, obsolete dams is a viable option to help reach WFD goals, reconnect and restore rivers and allow fish populations and other wildlife to return and flourish. In fact, many countries in Europe are now removing dams as the economic, environmental and social benefits of doing so far outweigh the alternative of restoring the dam.

It is estimated that over 4,500 barriers have been removed across Europe including the biggest dam removal in Spain last year and an ongoing historical river restoration project in Estonia that will remove 8-10 dam and open up 3,300km of river basin. Moreover, European citizens are also donating funds to see these barriers go as a part of a larger dam removal crowdfunding campaign.

“There are tens of thousands of old, obsolete dams in Europe that can and should be removed,” says Arjan Berkhuysen, managing director of the World Fish Migration Foundation.  “We are hopeful that by removing not only big dams like this but also by removing small barriers through local efforts we can restore these important life sources.”

The unique project will measure the effects of dam removal with ten-years worth of environmental data.

For more information about this project please visit: https://www.ern.org/en/selune-libre/ 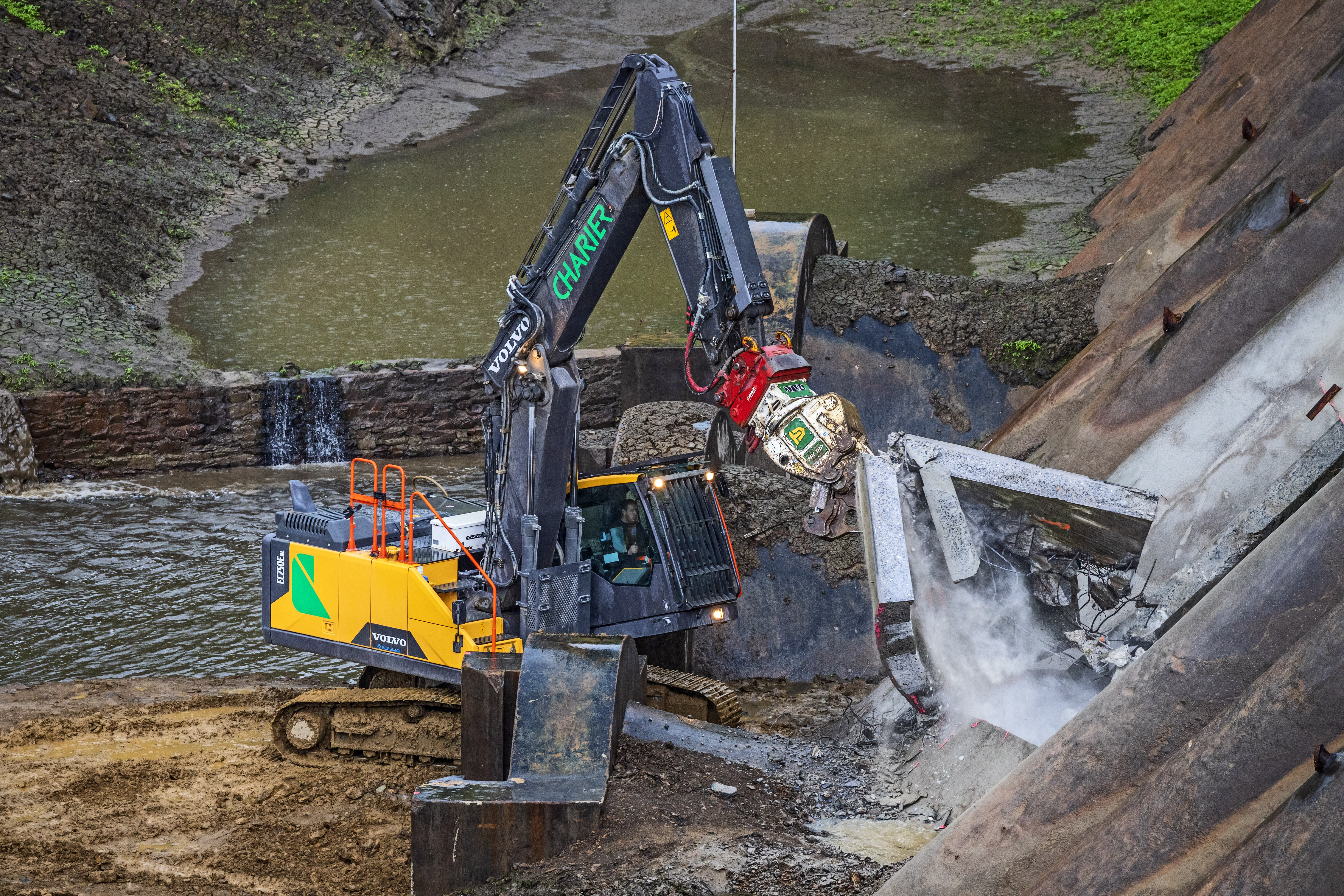 Finland to include dam removal in their national policies!

Finland to include dam removal in their national policies!