Trout return to Lake Acksjön after an absence of 100 years

After more than one hundred years of control, water is again flowing freely between Lake Acksjön and the Klarälven (Klar River) after a dam was removed in 2017.

Lake Acksjön lies in the municiplaity of Hagfors in central Sweden and has been identified as being of significant biological potential. The Acksjön dam was constructed in 1944 to replace an original dam built in 1916 and previously served as one of many small dams for regulating the flow of water for hydropower production and log-driving. The importance of the Acksjön dam gradually diminished as other larger dams were built on the Klar River to do the work of water regulation.

June 2017 – Lake Acksjön and the dam before removal

Fortum, the Finnish state-owned energy company who owned the dam, made the decision to remove it after realising that the environmental benefits of removal outweighed any benefits from retaining it. There were other aims: to remove a barrier to fish migration; to restore natural hydraulic conditions; and to eliminate the risk of dam failure.

The dam was finally demolished in 2017 after a collaborative planning process between Fortum and local stakeholders which took several years. 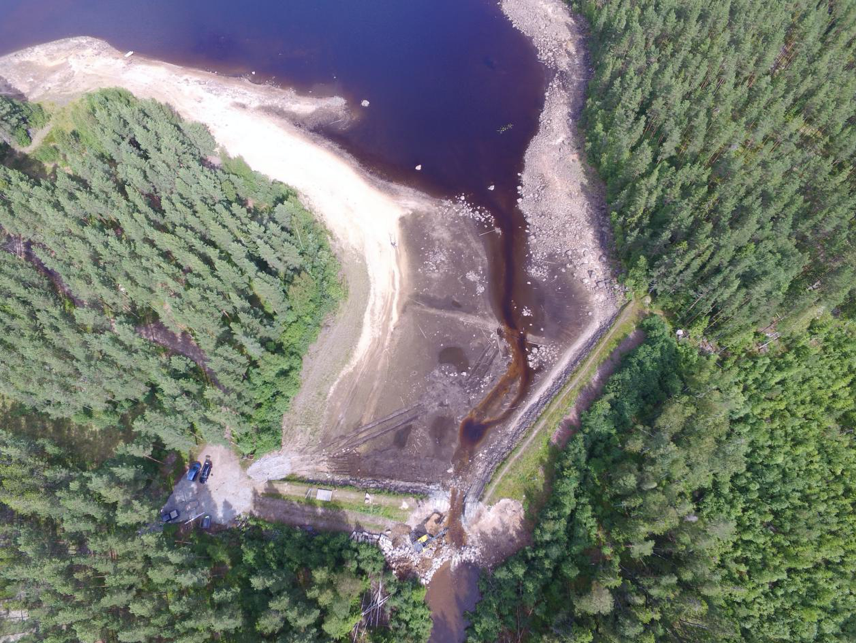 August 2017 – Removal and restoration in progress

The level of water in Lake Acksjön fell by 2.5 metres when the dam was removed and, without the dam, the water level is now determined only by the amount of inflow into the lake. After the dam was removed, the lake’s natural outflow was re-created through the old dam site. This allows fish and other aquatic organisms to move freely between the lake and the Klar River.

Shortly after the demolition, trout from the river migrated into the lake for the first time in over a hundred years and the hope is that the population will re-establish itself in the lake as it was before the dam was built. One year after removal, in 2018, there was an extreme drought but electro-fishing in the river in the autumn of 2018 revealed that the trout had managed to survive. 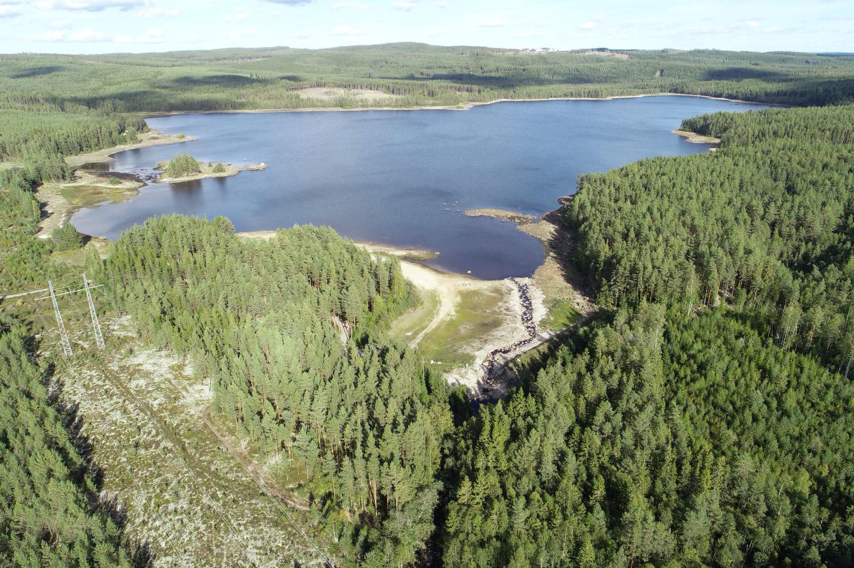 September 2018 – One year after dam removal

Vegetation began to colonise the muddy lake floor shortly after the water level fell. In 2019, two years after the removal, it is becoming green.

Axel Emanuelsson, civil engineer at Norconsult, the engineering consultancy company who designed the work and directed the demolition of the dam, comments:

“It is impressive to see how fast the flora and fauna adapts to the new conditions of the site. It will be very interesting to follow the development of the lake and the fish populations.”

“The Lake Acksjön dam removal is, in my opinion, a very good example of where the many ecological gains from a dam removal could be won without losing any production of renewable energy.

And it is not the only one. Sweden is full of former logging and flow regulation dams that in many cases have played out their role and have started to deteriorate. I believe many of them will be removed in the coming years.”