The Ribble Catchment Partnership has seized on the opportunity provided by exceptionally low spring water levels to start work on a transformational project to return the river to its natural course at Samlesbury.

In what is believed to be the widest weir removal scheme currently underway in Britain, excavators moved in this week to begin removal of the redundant 50-year-old weir to increase biodiversity and ease the movement of migratory fish like salmon, smelt and eels.

The works are part of the new Ribble Life for Water Scheme supported by the Water Environment Grant administered by the Environment Agency, and funded by the European Agricultural Fund for Rural Development.  A programme of 10 large-scale engineering projects, delivered largely by local contractors, will restore natural flows and improve water quality, habitat and biodiversity.

To date, planning and preparation have been the principle activities of the programme, but during the winter, work started on Pendle Hill to restore areas of degraded peat that were causing diffuse water pollution, increased downstream flood risk, emitting carbon and reducing biodiversity. The peat work has had to be paused due to the coronavirus pandemic and is hoped to be completed this coming winter.

Following a review of the most recent government guidance, discussions with the contractor, local landowners and tenants and requirements of changes to working practices to ensure safety for workers and the public, all parties agreed that it was safe to begin work on removal of the weir.

Samlesbury Weir was constructed in the 1970s to monitor low flows on the Ribble, but its effectiveness led to it being permanently decommissioned. The weir itself causes significant problems for the river and riverine wildlife and has also been the site of several serious injuries to members of the public.

Weirs impound water and sediments, interrupting natural processes and habitat creation, which reduces the biodiversity and abundance of wildlife that would otherwise be expected.  Samlesbury weir also slows the movement of fish upstream and downstream ­– both locally and much further.

Delaying their movement exposes all fish to predators, poaching and water quality issues, further reducing their numbers.  This is problematic for migratory species such as eels, smelt, and Atlantic salmon. Research has shown that all weirs – irrespective of size – have significant impacts on migratory species and this is compounded by the number of weirs in the Ribble Catchment.

Immature eels or ‘Elvers’ are poor swimmers and although they may wriggle over weirs, they are often heavily predated.  Eel populations in the UK are at particular risk with huge reductions in numbers.

Another species to benefit, is the ‘smelt’ or ‘Cucumber fish’ (owing to its distinctive aroma). Smelt were once so prevalent in Lancashire that they supported a significant fishing industry, but water quality and weirs have reduced their numbers to such an extent that the Ribble Estuary as far upstream as Samlesbury weir has been designated a Marine Conservation Zone to try to increase populations.

The Ribble was once one of the best salmon rivers in England, but in recent years, salmon numbers have decreased significantly, with angling catches dropping by up to two thirds since 2010.

Although adult salmon may not find the weir too much of an obstacle, smolts – juvenile salmon heading back to sea – are significantly delayed by even the smallest weir, suffering significant losses from predators.

While salmon migrate from the sea to spawn in the headwaters, eels migrate in the opposite direction, with elvers migrating into freshwater to mature then returning to the sea to spawn.

The weir removal work is being conducted subject to strict measures to minimise disturbance to wildlife. Specialist silt curtains will contain and remove sediment and the work is subject to restricted working hours approved by the Environment Agency.

Concerns over the removal of the weir leading to the loss of an ‘oxygenating’ feature were addressed with a 2018 study by the EA, which concluded the weir provided no oxygenation benefit, as the water upstream contained such a level of oxygen, that the turbulence created by the weir, allowed oxygen to escape the water without any being added.

Although many locals will be sad to see the feature go, it is hoped that the prospect of a more natural river, together with all the benefits and wildlife that go with it, will see an increased appreciation for the Ribble.

“We are really pleased to see this project finally underway. The Ribble Life for Water programme started in early 2019 and over the last year we have been planning and preparing for the works on the ground to get going.

We responded to the outbreak of the coronavirus pandemic by delaying a significant amount of projects and work – even though some of the projects may have been possible under the government guidance – as we felt this was the right thing to do.

However, as the situation has evolved, after consultation with our partners, contractors, land-owners and tenants, it was agreed that this particular project was safe to carry out under the current restrictions.

After the winter floods set new record river levels in February, the long spell of dry weather has offered a window of opportunity where the river is at record seasonal low, meaning the project can be carried out more safely.

This programme will bring huge benefits – not just to the river, but all riverine wildlife and beyond. At a time when the economy is being severely affected by the Coronavirus, we are pleased that by adapting our working processes we can start work and support local companies.”

“This project has economic, social and environmental benefits for the community and for Wade Group. In these unprecedented and uncertain times, projects such as this will help Wade Group to retain staff.

Despite the job retention scheme, we believe the only economically sustainable way to ensure the long-term employment of our staff is to undertake works (in a professional manner, whilst strictly adhering to relevant and industry-specific guidance managing COVID-19).

As the income from this project will be shared along the full length of the local supply chain, so too are the benefits of employment retention for many companies and local individuals.

Managing the risk and spread of COVID-19 is of paramount importance at this time. Operations will strictly adhere to the Government’s advice, observing social distancing and following industry specific guidance issued by the Construction Leadership Council.”

For further information, additional images or interviews, please call Jack Spees on 01200 444452. You can find further details on the RRT website ribbletrust.org.uk or Twitter @RibbleTrust. 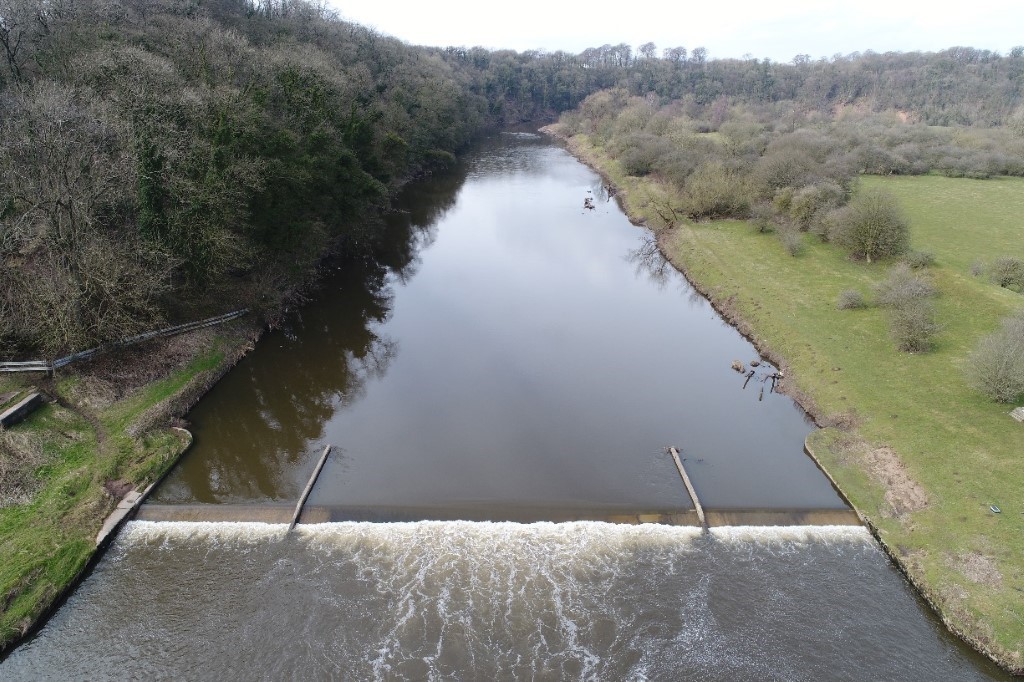 Tell us about your dam removal

Tell us about your dam removal