Demolition of the Molló mini-hydropower dam, a project included in the Green Agenda of Catalonia

River Ritort springs from the Pyrenees Mountain range in North-east Catalonia, Spain (Figure 1). It is a typical Mediterranean mountain river with a drainage area of 55.7 km2 and a total length of 13.5 km. It is of great ecological importance, since it inhabits valuable fish species, like common trout (Salmon trutta) and native species, like Catalan chub (Squalius laietanus) and Catalonian barbel (Barbus haasi). The latter is also listed as “vulnerable” in the IUCN Red List of Threatened Species. In addition, River Ritort runs through a well-developed and preserved forest with high biodiversity, including alders (Alnus spp.), purple osier (Salix purpurea), olive willow (Salix eleagnos) and ash trees (Flaxinus spp.). 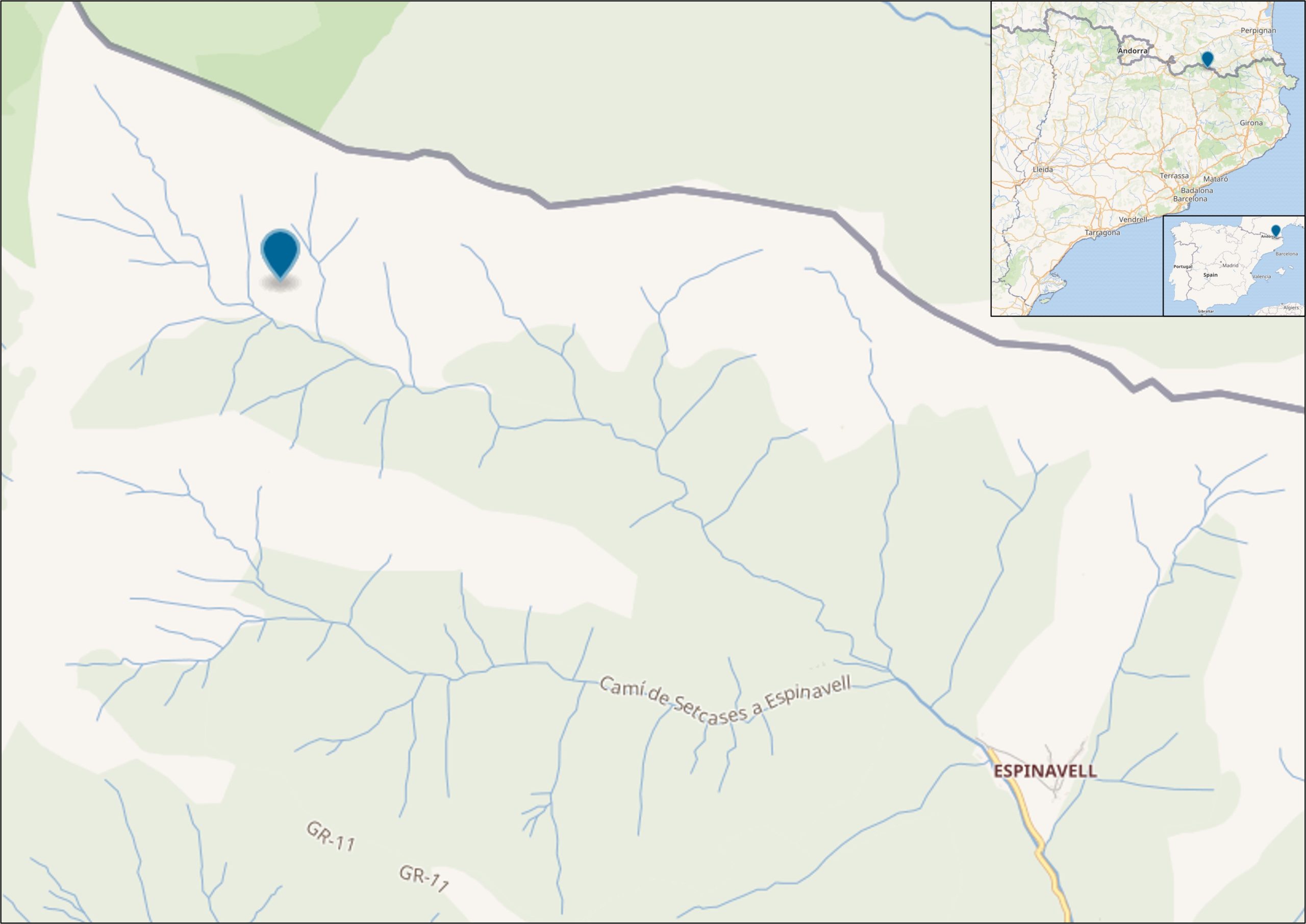 Figure 1. Location of the spring of River Ritort at the Pyrenees Mountain range in North-east Catalonia, Spain

River Ritort also passes by the town of Molló and the natural caves of “Les Baumes de Borrasser” that are located nearby (Figure 2). This cave system is of great archaeological significance since findings of human activity from the Bronze and Medieval ages have been discovered in it. Thus, the caves of “Les Baumes de Borrasser” have been included in the Archaeological Heritage of Catalonia. The old mills of Coronel and of Can Fumat, both constructions of great historical interest, are also situated at the banks of River Ritort. In fact, the bridge of the latter is also included in the inventory of the Archaeological Heritage of Catalonia. The area is also attractive for numerous outdoor and recreational activities, like hiking and sport fishing. Despite the absence of big dams and reservoirs in River Ritort, there are 5 low-head dams fragmenting its longitudinal connectivity, preventing fish passage, and disrupting the sediment transfer continuum. 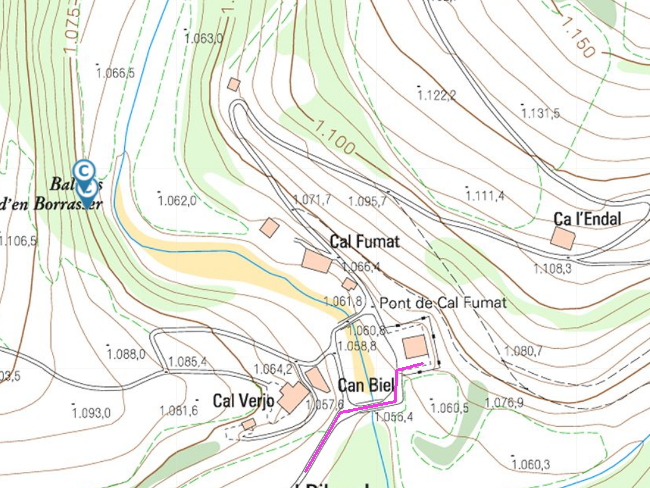 The Molló low-head dam was the largest barrier along the corridor of River Ritort. It was a 6 m high and 8 m wide gravity dam (Figure 3) built in 1990 near the town of Molló (latitude: 42.36718371, longitude: 2.40322883) for hydropower production purposes and it came into operation in 1991 (Figure 4). Adjacent to the barrier a sedimentation chamber was constructed along with the loading chamber and the derivation canal. 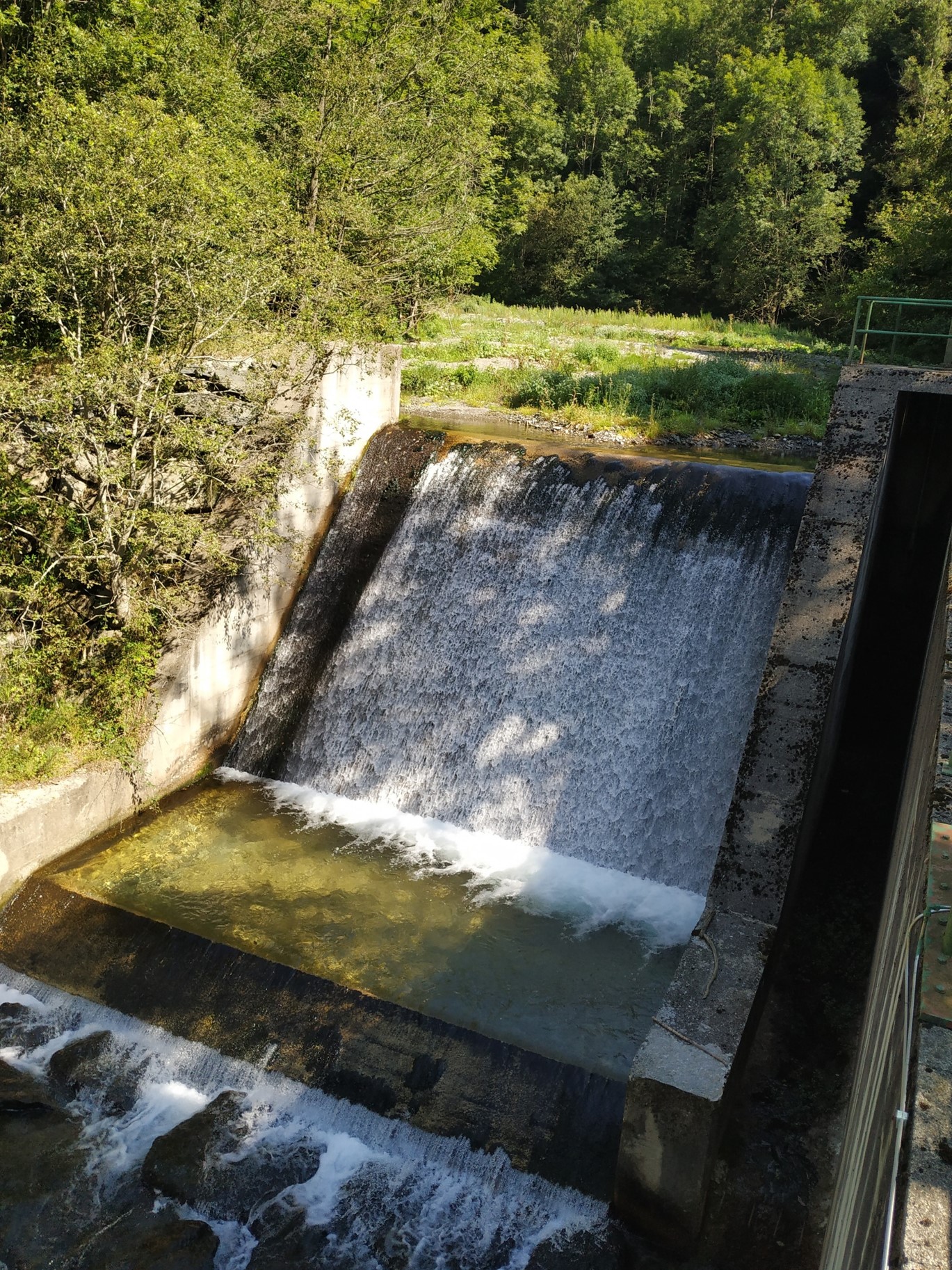 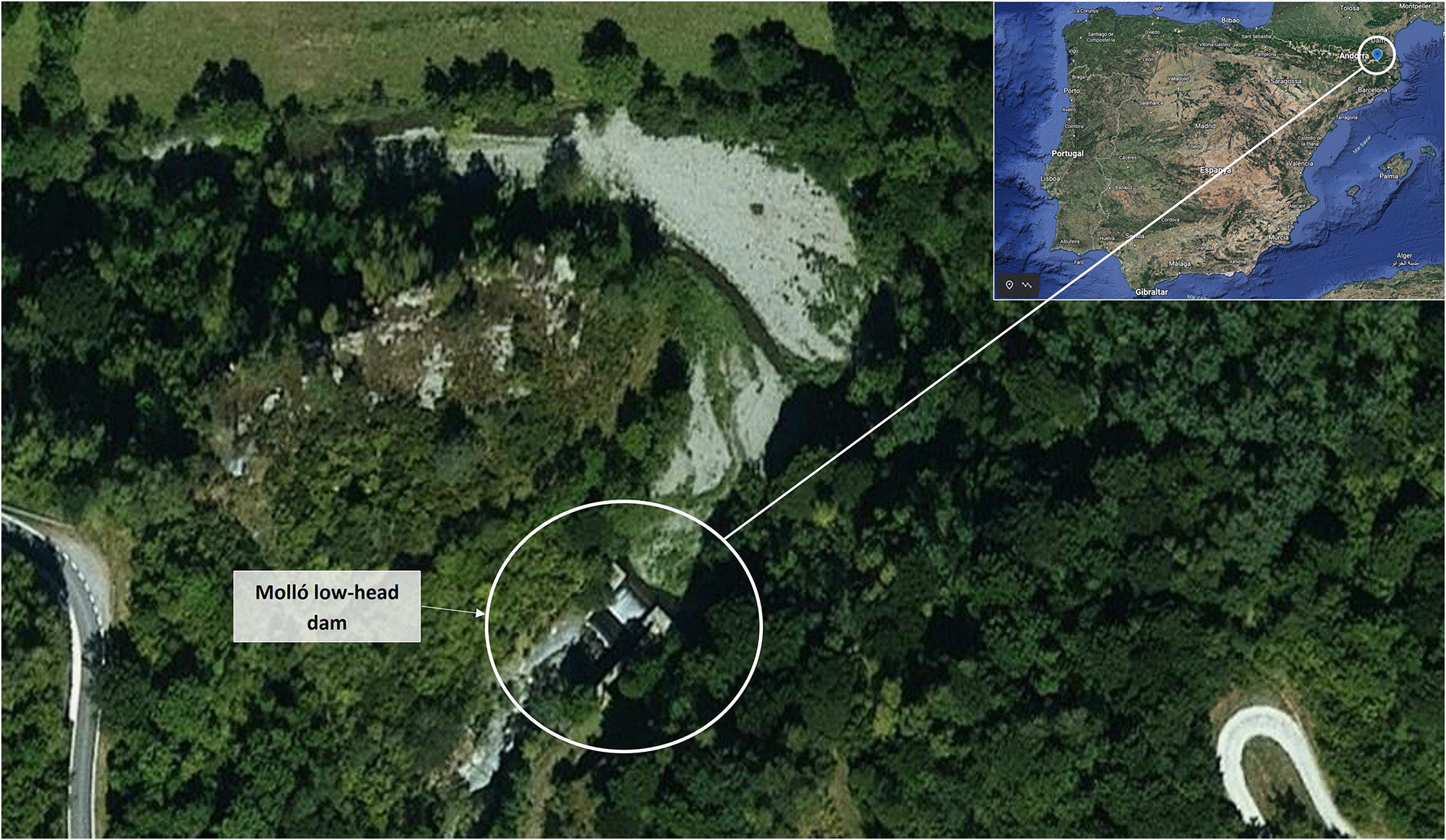 Figure 4. Location of the Molló low-head dam near the town of Molló in North-east Catalonia, Spain

In 2001, the Catalan Water Agency (ACA) initiated the process to terminate the permit of operation for the Molló low-head dam due to non-compliance with the established special conditions, including the release of environmental flows. Two years later, in July 2003, ACA revoked the rights of private usage of the hydraulic public domain. The license of the Molló hydroelectric power plant was finally declared expired in 2006 by the administrative contentious court number 2 of Girona. Following that decision, in 2009, ACA commissioned the first technical report to remove the Molló low-head dam and restore the river connectivity and habitat. The executive project was drafted in 2010 but was not executed. Almost a decade later, and with the reservoir behind the Molló low-head dam completely filled with sediment, the Department of Territory and Sustainability commissioned to Infraestructures.cat a new executive project draft in February 2019. By that moment, it was estimated that around 6000 m3 of sediment had been stored behind the barrier.

The demolition of the Molló low-head dam was finally initiated in September 2020 and lasted until mid-December of the same year. All the structures were removed, including the dam, the derivation canal and the sedimentation chamber (Figure 5). In addition, up to 50% of the total sediment accumulated in the Molló reservoir was dredged (Figure 6) to prevent it from drifting downstream. Moreover, following the completion of the demolition works (Figure 7), a monitoring program to observe the morphological and ecological response of the riverbed was carried out. The total cost of the project was 282510.09 € and was financed by the Catalan Government. 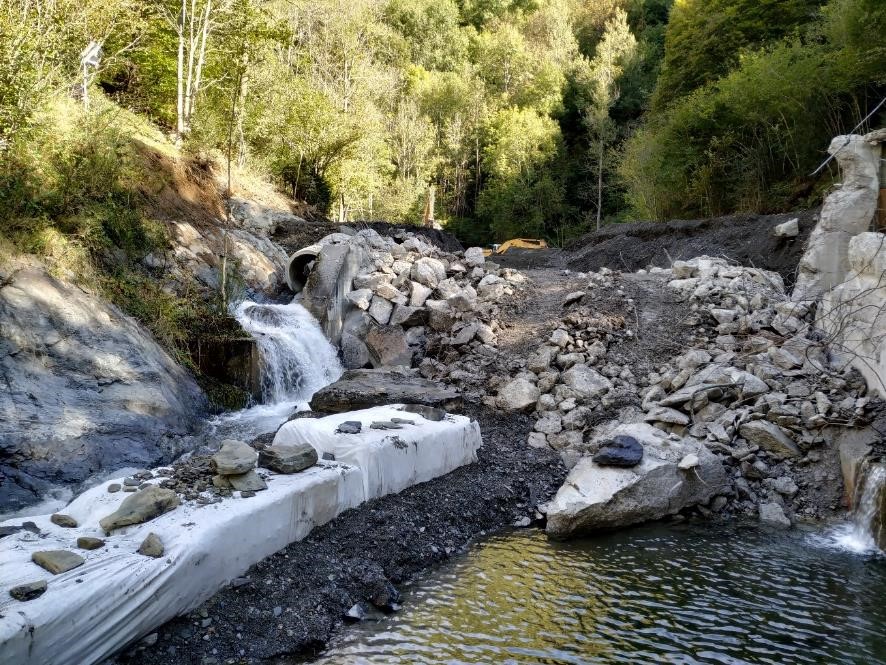 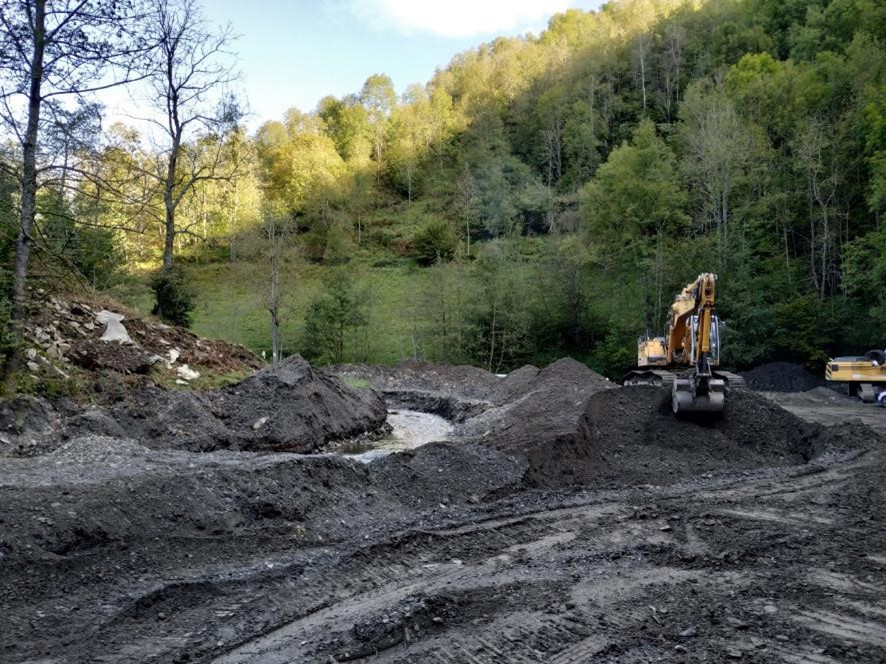 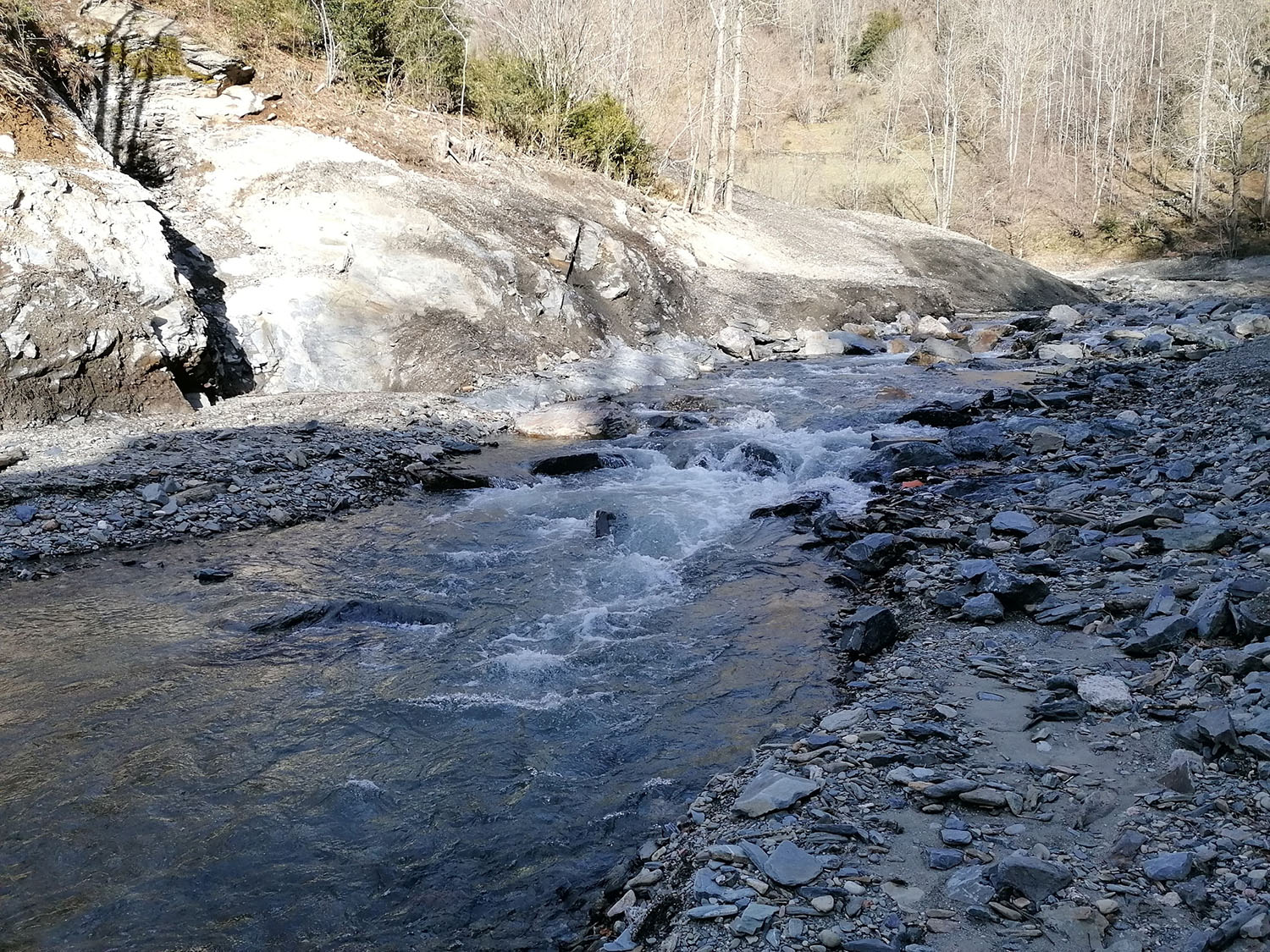 Figure 7. The removal site at River Ritort in December 2020 after the demolition of the Molló low-head dam (Photo by Catalan Water Agency)

After one year, River Ritort was almost restored, and no significant negative impacts on the river morphology or its ecosystem were observed (Figure 8). From the hydro-morphological point of view, the removal of the Molló barrier allowed the restoration of the river dynamics by adjusting the river channel. The riverbed slope has been increased, while the upstream erosion has favoured the incision of a new channel on the material previously stored in the Molló reservoir. Downstream, the recovery of the water flow dynamics and the reactivation of the sediment transportation resulted in an improved riverbed accretion and a greater granulometric diversification. Overall, the river has almost reached a new equilibrium.

Figure 8. The removal site at River Ritort in December 2021, one year after the demolition of the Molló low-head dam (Photo by Catalan Water Agency)

From the ecological point of view, no changes have been observed in the fish populations one year after the barrier removal, since their composition, density and biomass remained unchanged. However, it is expected that the reconnected part of the river will gradually be recolonized by the trout population previously inhabiting the Molló reservoir. Similarly, no significant changes were observed in the macroinvertebrate communities due to the barrier removal. Any observed variability was mainly related to interannual factors that normally influence macroinvertebrate communities in siliceous wet mountain rivers, such as River Ritort. 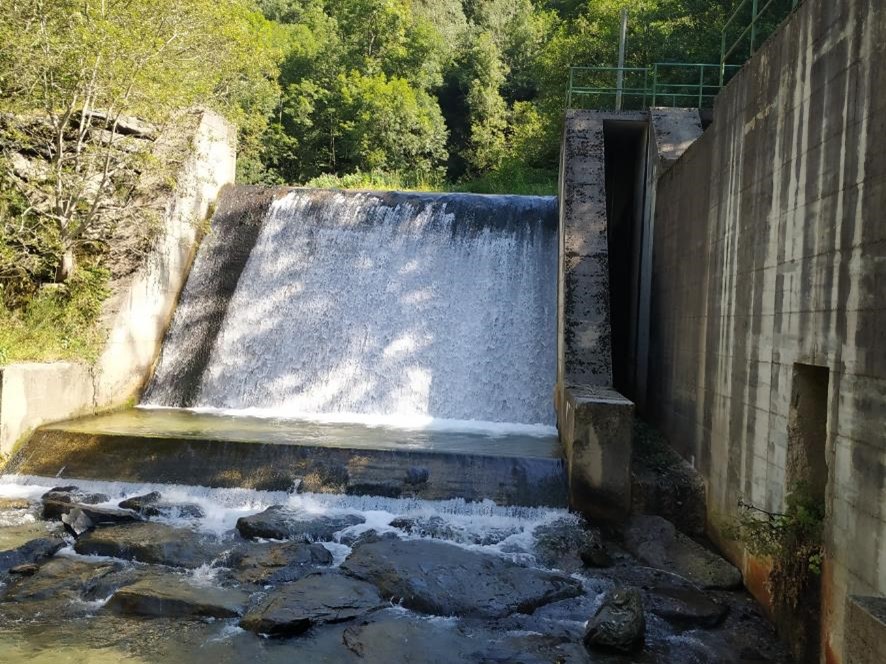 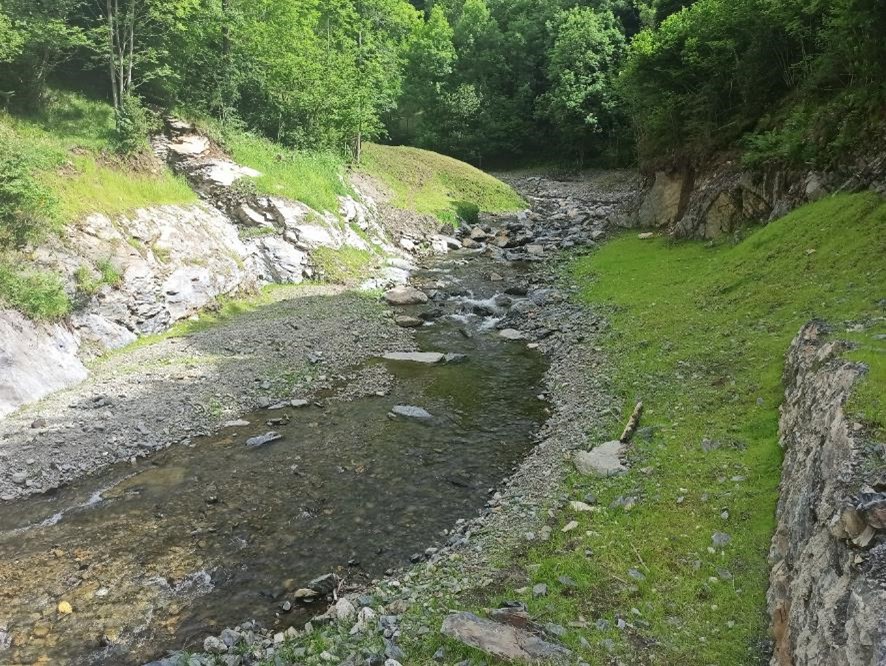 The removal site at River Ritort: (left) before  and (right) after (in June 2021) the removal operations of Molló low-head dam (photos by Catalan Water Agency)

With many thanks to Mònica Bardina Martin and Albert Rovira from Catalan Water Agency for providing the information and photographs presented herein.