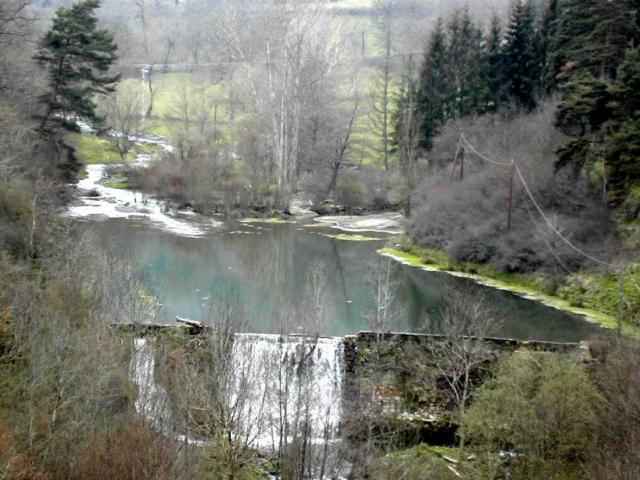 The Baume is a tributary to the Loire River and runs a total of 10 kilometres. At the junction point of the communes Solignac-sur-Loire and Brignon, 2.7 kilometres upstream of the confluence with the Loire, the river goes over a natural waterfall, 27 metres high. The ecological quality of the river is fairly high with a fish community made up of trout, minnows and bullheads. The white-clawed crayfish is also present and the river is Natura 2000 listed as a “white-clawed crayfish river”.

In 1907, a stone-masonry gravity dam was built on the Baume, creating a head drop of 6.1 metres. The dam was intended for hydroelectric generation at the Fatou power station. Hydroelectric production was terminated in the 1960s. The dam, located 400 metres from the confluence with the Loire, blocked river continuity. It was estimated that 6 000 cubic metres of sediment were blocked by the dam.

The Loire EPTB (public river-basin territorial agency) acquired the dam in 1985 in the framework of the land purchases for the Serre de la Fare programme. The poor condition of the dam raised a number of safety concerns and it was decided to remove it. 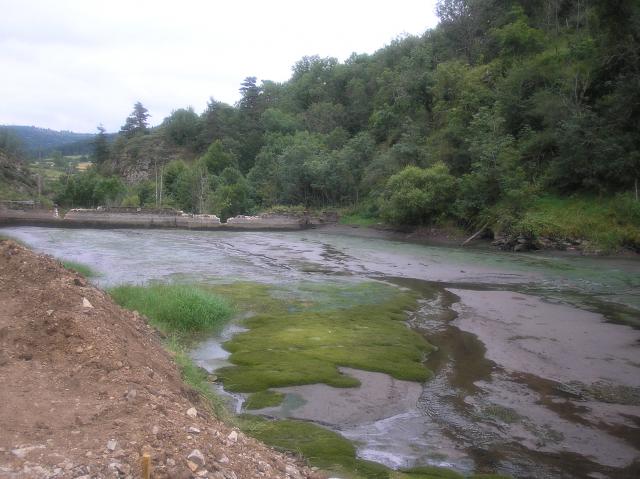 The work consisted of totally removing the dam and the power station. It took place in four steps.

One year after the work, the time required to flush out the bottom of the reservoir and the extracted sediment, the sediment storage area was seeded with plants typical of the area and agricultural operations could then resume.

Fishing campaigns to establish an inventory were carried out prior to the work. During the work, the physical-chemical parameters for water quality were monitored upstream of the reservoir and immediately downstream of the dam. Fish populations were monitored after the work by electrofishing campaigns in 2008 and 2010, and trout spawning grounds were counted in 2007 and 2008. Monitoring work was managed by the departmental fishing federation.

At the site of the former dam, the natural hydraulic gradient was restored. Along the river, the vegetation rapidly resumed its natural development without any planting being required. Within the former reservoir, rapid flows in the form of running facies reappeared. A coarser substrate also appeared. In 2008, just one year after the work, the species diversity of the original fish community (trout, bullhead, stone loach) had been restored. The effective return of the fish populations was thus very rapid.

Three years following the removal of the dam, the monitoring work showed that the densities of trout and bullheads had increased substantially. In addition, the population structure of the trout population would seem to have evolved in that juveniles were present in greater numbers and better represented in terms of their age group.

Thank you for sharing your work!!