Within one year after WWF Netherlands started the Dam Removal Crowdfunding Campaign we are now seeking donations to fund the first dam removal in Lithuanian history. It is because of generous donors that the removal is now over halfway sponsored.

During the summer of 2018, WWF Netherlands kick-started their Dam Removal Crowdfunding Campaign. The goal is to help open up as many rivers as possible in Europe. They receive donations from river and nature enthusiasts all over Europe and even have individuals and groups starting their own campaigns.

Since the launch, they have raised over € 38.000 and supported 12 barrier removals that opened up over 22 km of rivers. Currently, the platform is focused on the removal of two new barriers, one in Lithuania and another in the U.K.

The campaign for Lithuania is particularly special because this will be the first dam removal in Lithuanian history! The Lithuanian Brazuole Dam is named after the Brazuole River in which it resides. The river is located in a Natura2000 area in the Neris regional park. The dam, however, is obsolete and has been abandoned for decades, degrading the river and surrounding area. Its removal would significantly improve upstream water quality and open up several kilometres of spawning grounds for two iconic migratory species, the Baltic salmon (Salmo salar) and the sea trout (Salmo trutta).

So far, through the collaborative efforts of many, the removal is nearly halfway sponsored! One particular donor, Rik Assen, made a substantial donation on behalf of his business FIXET Schoonoord, a hardware store in the north of the Netherlands. Rik’s donation stemmed from a longing to give something back to the community and to the environment. He was inspired by the film ‘Love Flows’—a documentary, produced by the World Fish Migration Foundation, that cites dam removal as the most hopeful measure of river restoration. Rik explains: “This film really expanded my knowledge on the impacts dams have on rivers and the fish populations the rivers support. It is clear to me now that dam removal is an important component to help these ecosystems survive.”

Rik does not have a particular tie to a particular river but understands the greater need to support these biodiversity hotspots. And the crowdfunding campaign for dam removals is just one of the ways this work is accomplished. Around Europe, there is a growing movement, a Dam Removal Europe movement, of people and organizations working to restore rivers by removing dams.

The partners of Dam Removal Europe are inspired by these individuals and organizations helping to free the flow. Iwan Hoving, the project manager of Dam Removal Europe, expresses, “Dam removal is really practical and makes economic sense.” Every barrier removed further heals rivers and anyone can help, “A small amount of funding can remove a dam and when it is removed you can almost immediately see a change to the river. It is inspiring.”

Karolina Gurjazkaite, project manager for the Lithuanian Fund for Nature overseeing this project states, “I am thankful for each and every person that has shown support to our project. Folks from the Netherlands, Lithuania and other countries have donated and through this, I feel we are all united. To me, the donations are not only financial support but moral support.”

Once the Brazuole Dam is fully funded, Rik will join the demolition team to help remove the dam—or at least watch. “I cannot wait to help take down that dam, bring the river back to life and watch the fishes migrate upstream.”

If you know of an obsolete or out-of-use river barrier and need help funding its removal, let us know! We would love to support you in your endeavour to unchain rivers in Europe. In the meantime, check out the campaign site and their news channel to donate, learn more and remain updated. 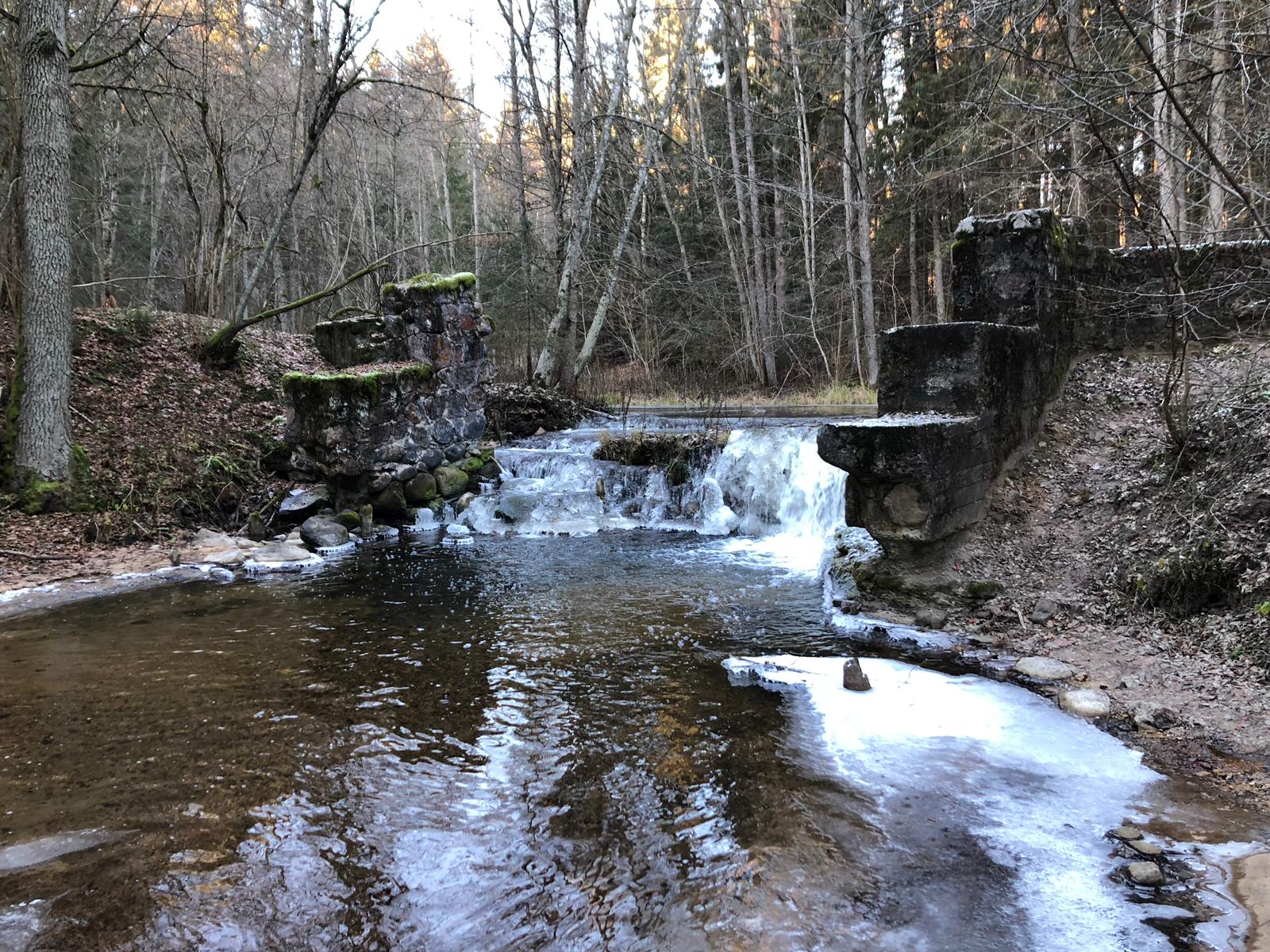 Brazuole Dam as it currently stands.