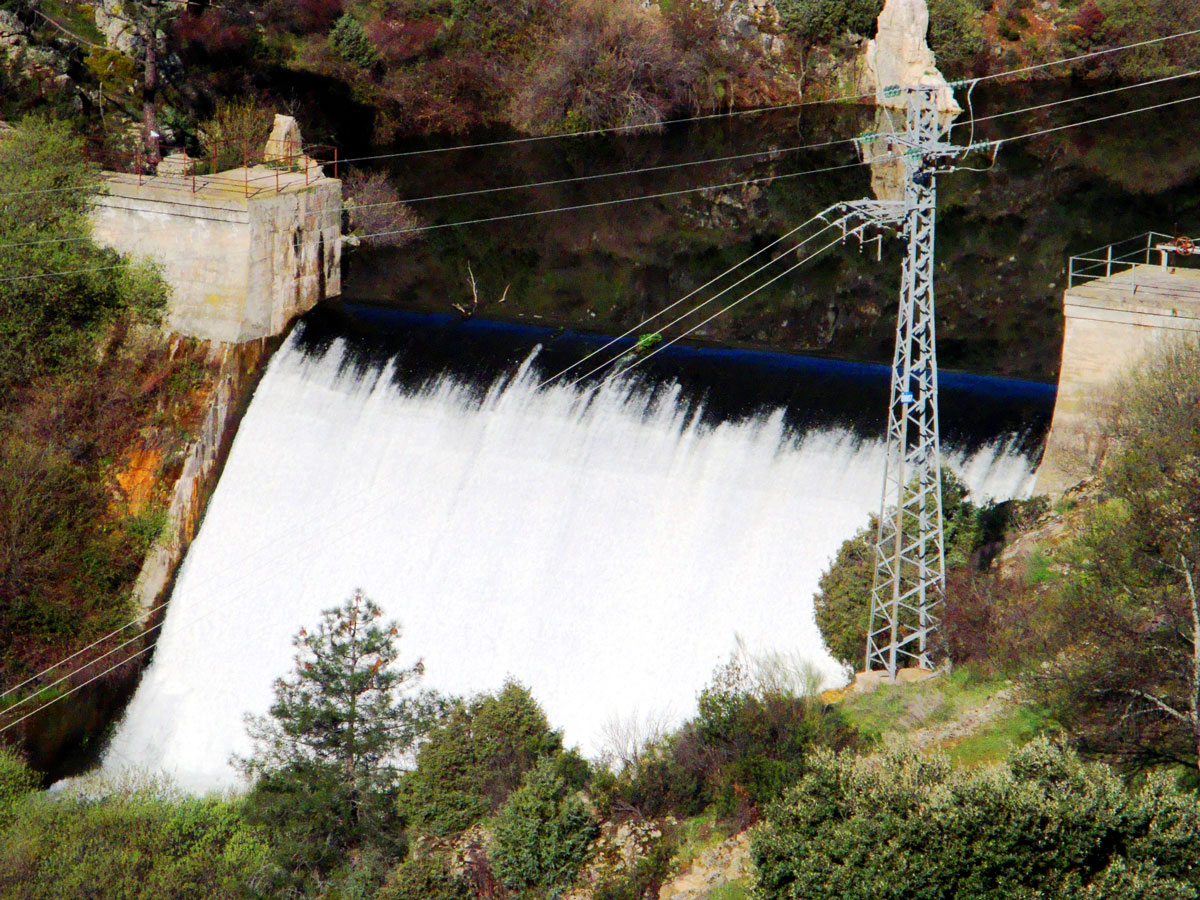 ©Ministry of Environment of Spain, MAGRAMA

The Robledo de Chavela Dam, located west of Madrid Province, was built in Cofio River to supply water for Robledo de Chavela Municipality. It began working in 1968, but in 1990 it stopped supplying water because the water started having quality problems due to livestock facilities dumping in the river.

In February of 2004, Tagus Basin Authority communicated to the dam owner, Robledo de Chavela Town Hall, the expiration of the water use license due to the dam abandonment status.

In June of 2012, Tagus Basin Authority became aware of a water leakage in the outlet of the dam base spillway and it was not possible to be repaired due to the irreparable condition of the gate mechanism.

©Ministry of Environment of Spain, MAGRAMA

Therefore, Tagus Basin Authority started the necessary steps for the Robledo de Chavela Dam demolition to avoid a high mortality of fish and a possible sediment problem downstream that could affect the water supply for the city of Madrid.

Before the reservoir was emptied, several electro-fishing trips were done to save as many fish as possible. Also, the sediments accumulated in the reservoir were tested to check if they were contaminated with heavy metals. The analysis revealed that there was no contamination and the sediments could be used to restore other areas.