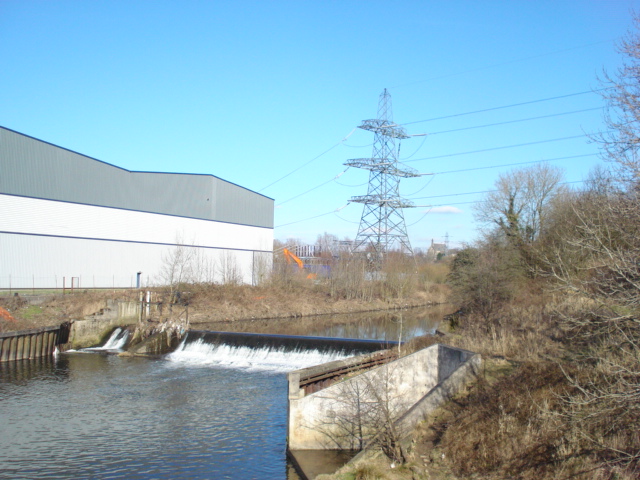 The following information was provided by: The River Restoration Centre

Historically a degraded river due to its industrial heritage, water quality on the Calder has been significantly improved over the last 20 years allowing coarse fish populations to return. However, in-channel obstructions have prevented the migration of fish, including eels, to approximately 20km of spawning grounds and habitat further upstream.

The ambitious River Calder Fish Migration Improvement project was led by the Environment Agency and the Ribble Rivers Trust to link isolated sections of watercourse. The project aim was to restore fish passage on the River Calder. This was achieved by reducing the height of the existing weir as well as installing a rock ramp.

Padiham Weir was built in the 1950s to provide water to teh now demolished power station. At 1.85m, it was the largest weir on the Calder and created a total barrier to all fish migration. Since 2000, Padiham Weir had been the subject of a number of different fish passage proposals including a pool-and-traverse scheme, the installation of a technical Larinier fish pass, and even a white water canoe course. An initial hydromorphological assessment concluded that the impact of the weir removal on sediment transport, water levels and the flow regime would be beneficial. 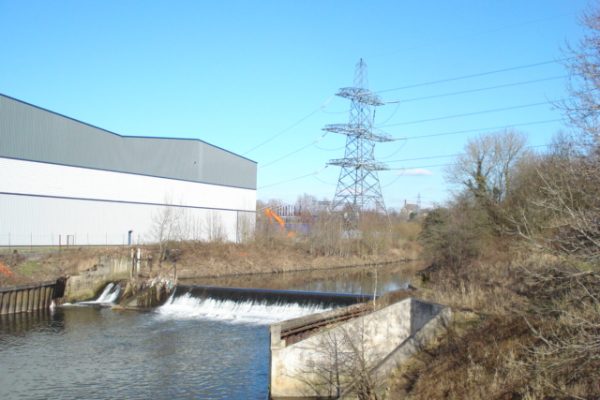 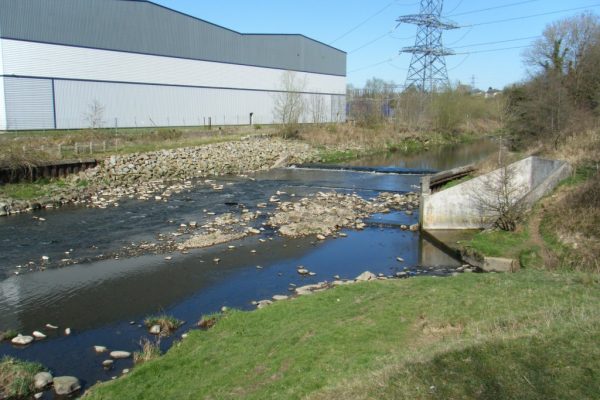 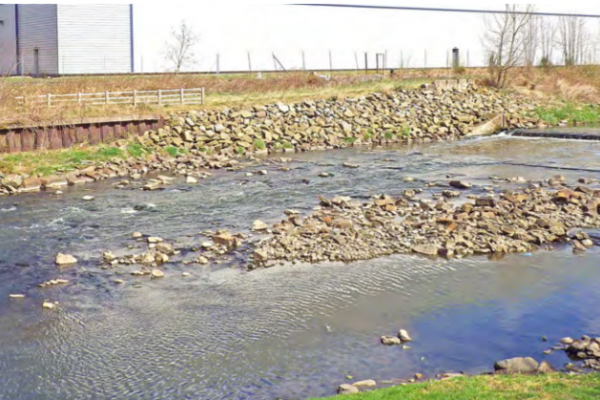 Upstream migration of fish species has been achieved with adult Atlantic salmon and sea trout observed upstream of the site.

Electrofishing surveys and redd counts were carried out following the completion of the works in the summer of 2010. RRT have conducted surveys every year for 11 years upstream.  At 2 locations they found salmon fry where they couldn’t get to before!  The excitement, is that both the locations are upstream of fish passage projects RRT delivered on different tributaries!  One through a technical fish pass, and the other through a weir removal and two rock ramps!  Grayling Numbers have also swelled upstream as a result.

The total cost amounted to £406,000. The project was funded by Lancashire Environmental Fund (a grant-giving trust, that disperses landfill tax funds), River Improvement Fund (The Rivers Trust) and The Environment Agency.

The Environment Agency has confirmed that if the weir hadn’t been removed, during the boxing day floods of 2015, many more properties and a large industrial estate would have flooded. Causing misery and jobs to be lost.  So weir/dam removal is important to the whole of society not just fish.

”Building in funding and capacity for a wider range and long-term data set for specific projects is challenging.

WHAT HAPPENED AFTER THE REMOVAL?

Jack Spees, CEO of Ribble Rivers Trust, recently supplied Dam Removal Europe with information about the monitoring that was carried out after the removal of Padiham Weir and the long-term effects of the removal.

Prior to removal, electro-fishing was carried out for more than three years and semi-quantitive and quantitive methods were used to analyse the results.

Since the removal, the Ribble Rivers Trust and the Environment Agency have carried out electro-fishing surveys for salmon and trout every year. Redd surveys have also been conducted. The results show that salmon have moved upstream and are found in four new locations. Some of these locations were above other fish passage projects that were subsequently implemented.

Following flooding in 2015, an informal review took place which concluded that flooding in the town of Padiham would have been much worse had the weir not been removed.

There have been long-term positive effects due to the removal of the weir:

Monitoring after a dam or weir removal is often seen as the least significant in a long line of actions that must take place before or after a dam or weir is removed but it is crucial in order to identify and quantify the effects of the removal. Jack Spees has this advice:

Building in funding and capacity for a wider range and long-term data set for specific projects is challenging. It is better to have good catchment monitoring in place, with then more localised, specific monitoring to compliment it (as generally there is little lead-in time to projects).

More good news from this project is that the removal of Padiham Weir has led to the removal of two more weirs upstream and eight further fish passage projects on the river.

With thanks to Jack Spees for sending us this updated information.

Also, see this article from a local newspaper celebrating the return of salmon to the River Calder:

Thank you River Restoration Centre for providing the information about this case study. If you would like to learn more check out the full case study here.

Now over a decade after its removal, the ecosystem surrounding the Padiham weir is progressing towards a more natural state. As can be seen on the picture of the project site from 2018, vegetation on the emerged riverbanks has developed further. 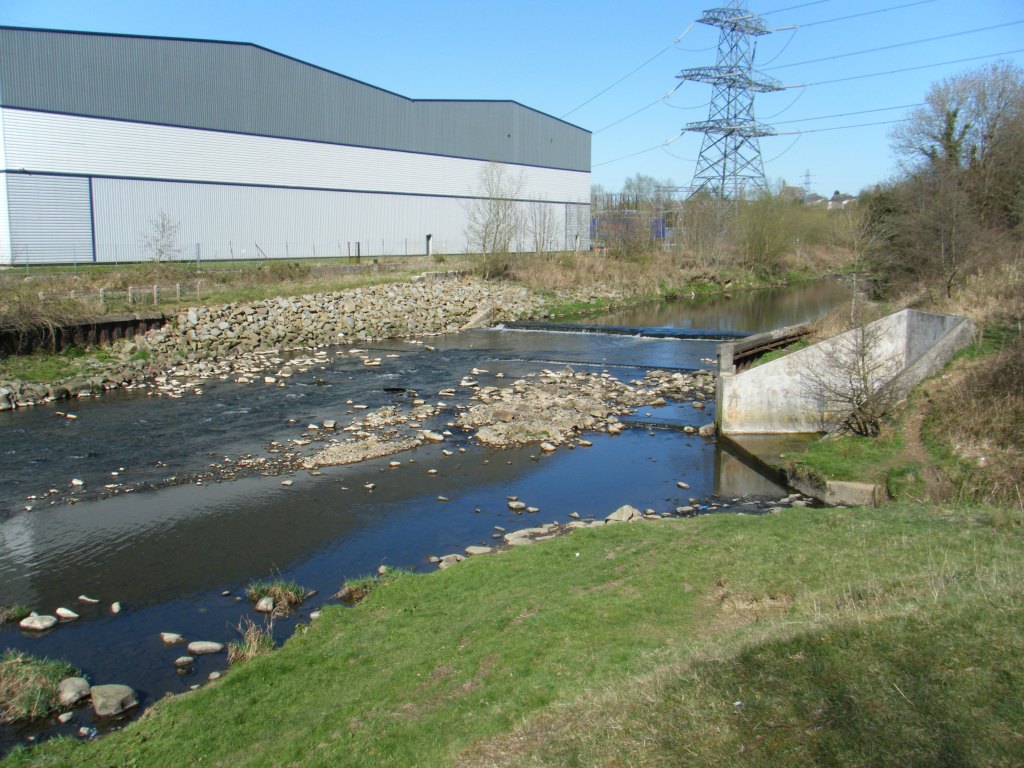 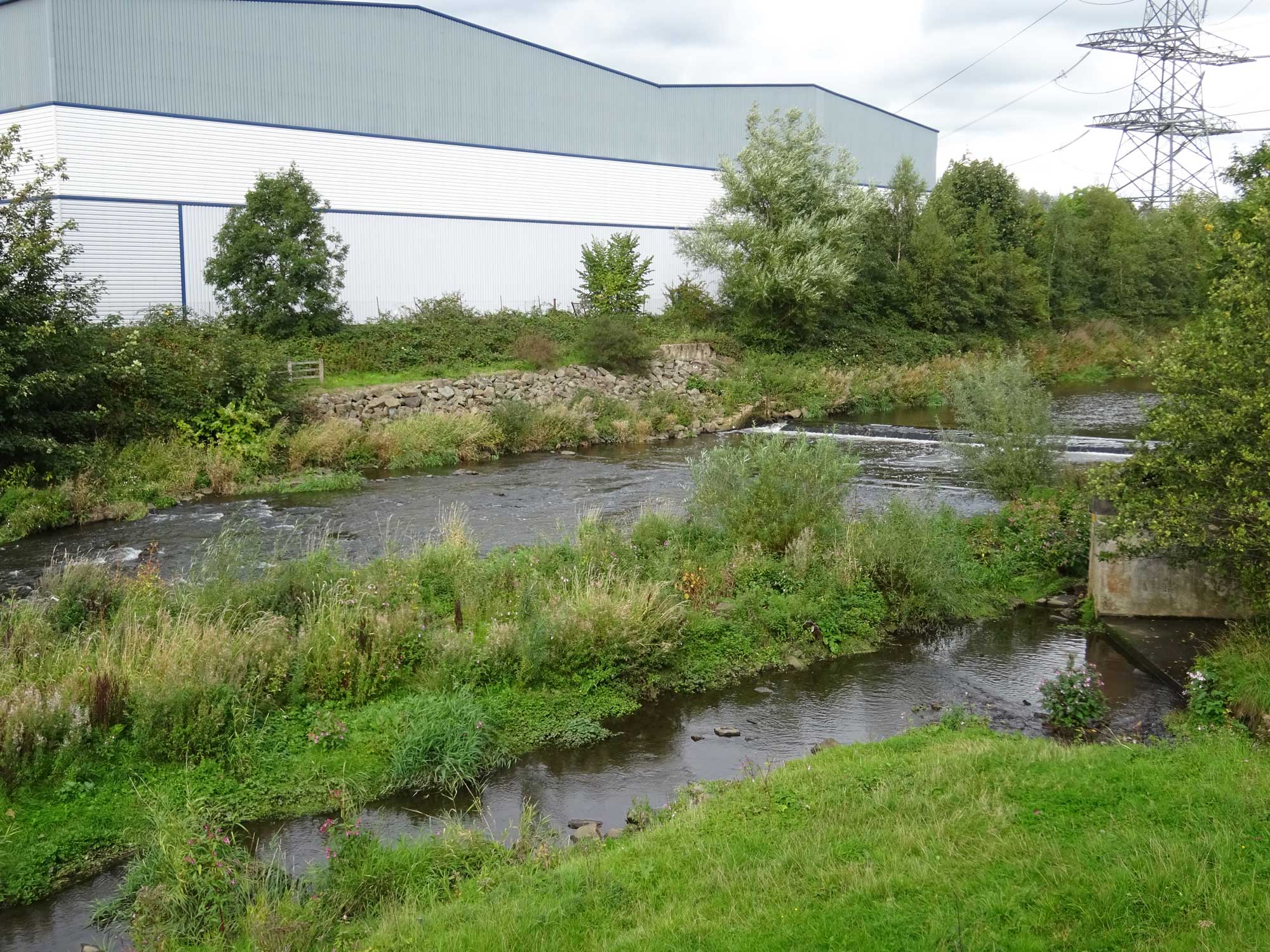 Comparison of the cite of the Padiham weir: 1 year and 8 years after removal. The riverbanks are covered in vegetation again. © Jack Spees, Ribble Rivers Trust

Also, the fish seem to have found their way back in the catchment. A fish survey in the Colne river, upstream of the Padiham weir, has shown records of Salmon and Trout fry. This indicates that these species made their reappearance in the area and have used it as their spawning ground. 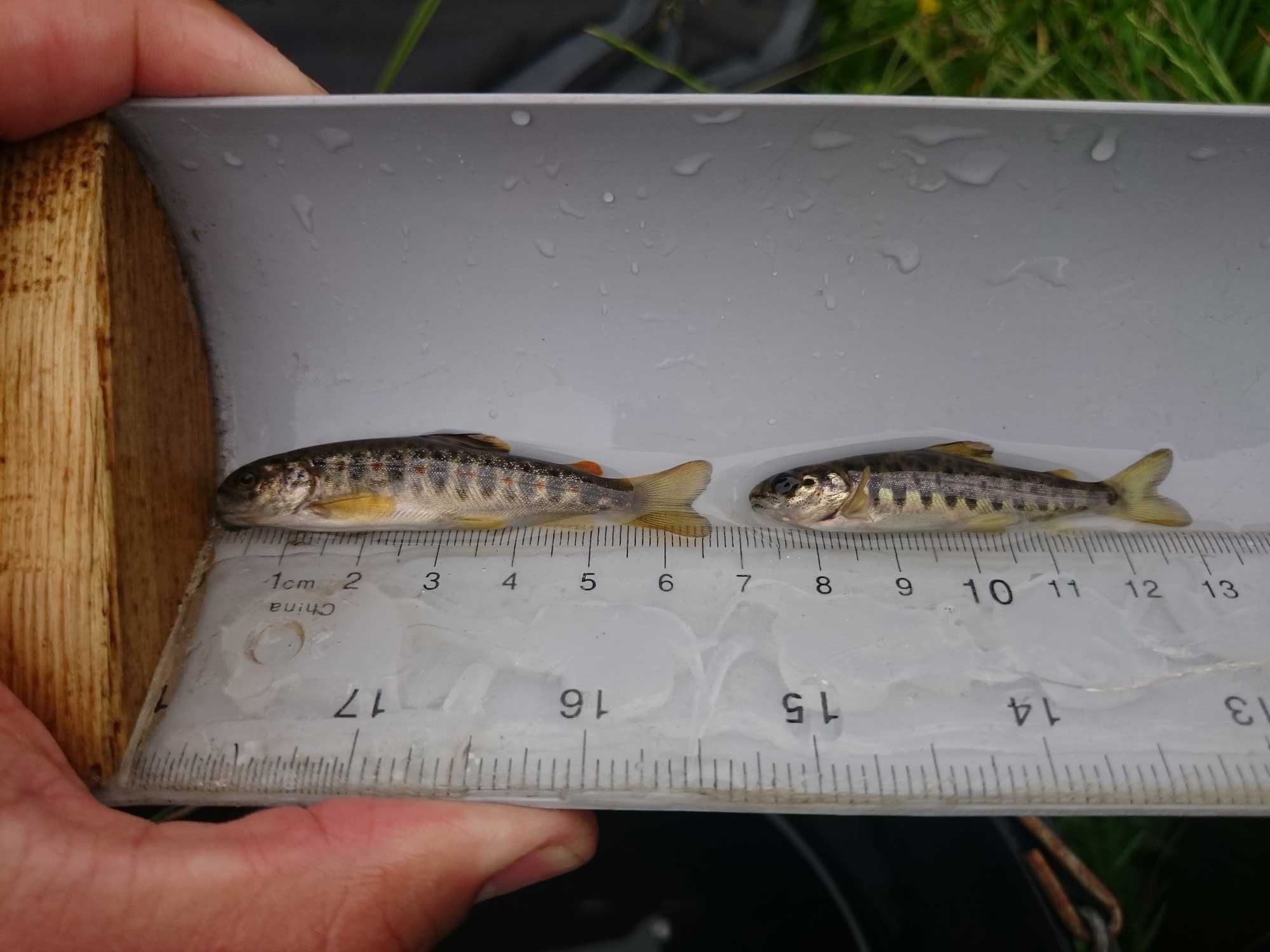 Thanks again to Jack Spees, Ribble Rivers Trust, for sharing updates and pictures of this project.