An inspiring day at the site where the 8-meters Lahnasenkoski dam used to stand until a few months ago. Local newspapers, the national Finnish television YLE and reporters from otherorganizations gathered on October 26that the Rautjärvi city hall. From there it’s just a 10-minuteride to the location where the largest dam removal project in Finland is taking place. 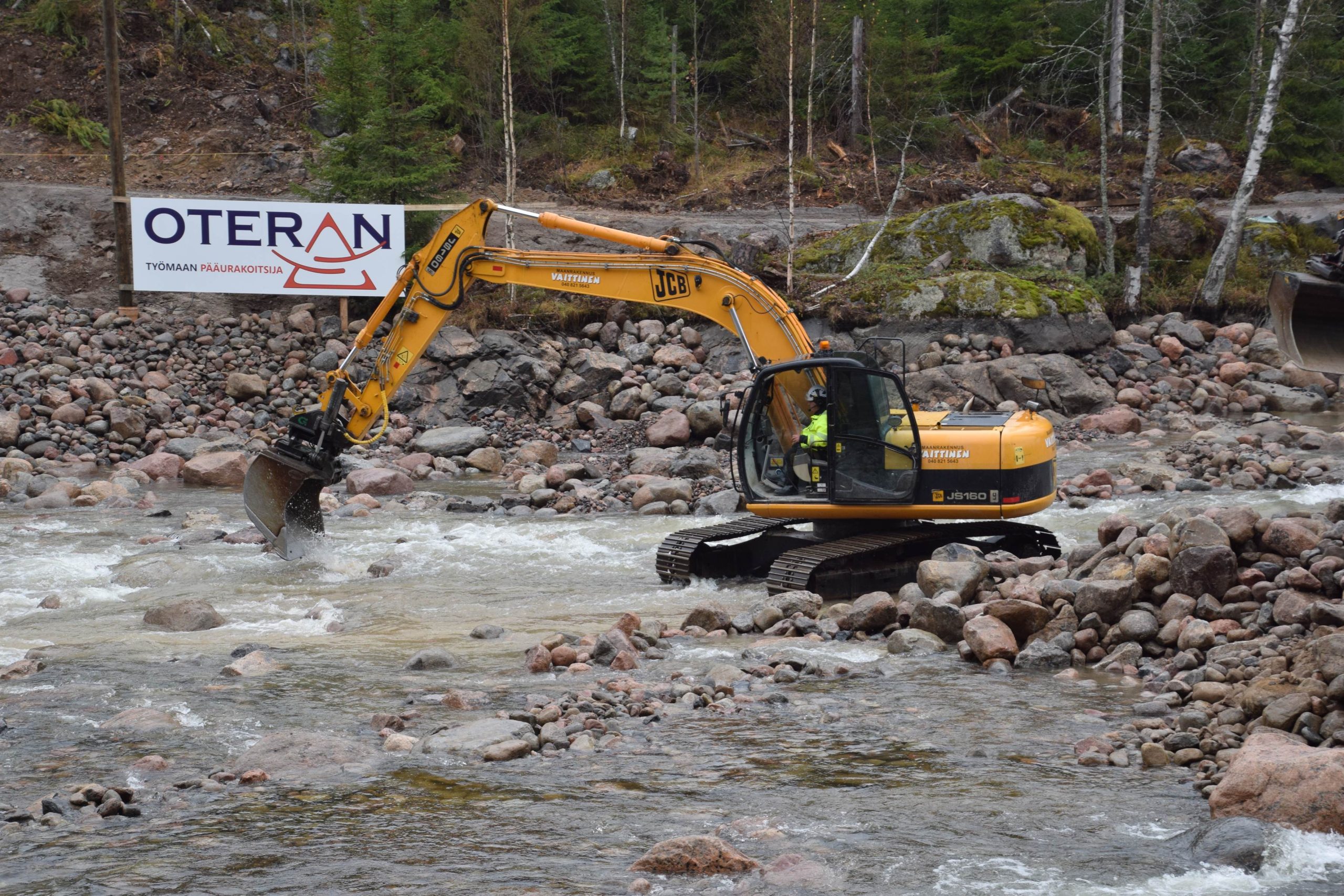 After over 100 years, endangered landlocked salmon have been already seen upstream of the Lahnasenkoski dam. This means that despite the noise, the machinery at work and the difficult passages, some salmons managed to pass under the temporary culverts! What a determined migrator! This is just the beginning, and everyone is very impressed by the speed of the recovery of the salmon population, and the recovery of the river itself.

The new bridge from which one can have an amazing view of the rapids it’s ready, and also a few brand-new shelters. These structures are part of the project as well, aimed to improve also recreative experiences along the river. Right next to one of those shelters, the mayor and the reporters gathered with representatives from all the organizations that made this possible. Inspiring speeches were given by Hanna Ollinkainen (CEO of the association Etelä-Karjalan virkistysaluesäätiö) Visa Niittyniemi (director of Environment and Nature Resources in ELY center of Southeast Finland), Matti Vaittinen (project coordinator in NOUSU programme in the Ministry of Agriculture and Forestry), Sampsa Vilhunen (WWF Suomi) and Jasper Pääkkönen.

After a very long process initiated more than 20 years ago, now two out of three dams are successfully removed. Kangaskoski rapids, after 1 year from the removal looks already in a fantastic shape (picture below), and the old power-plant building will be transformed into a museum.

Lanhansenkoski (picture below) the dam that has just been removed, also has the hydropower structure still standing. Plans for the future of these buildings will be made soon, but everything will relate to the aim of highlighting the value of the free-flowing river and engage people in recreative activities. 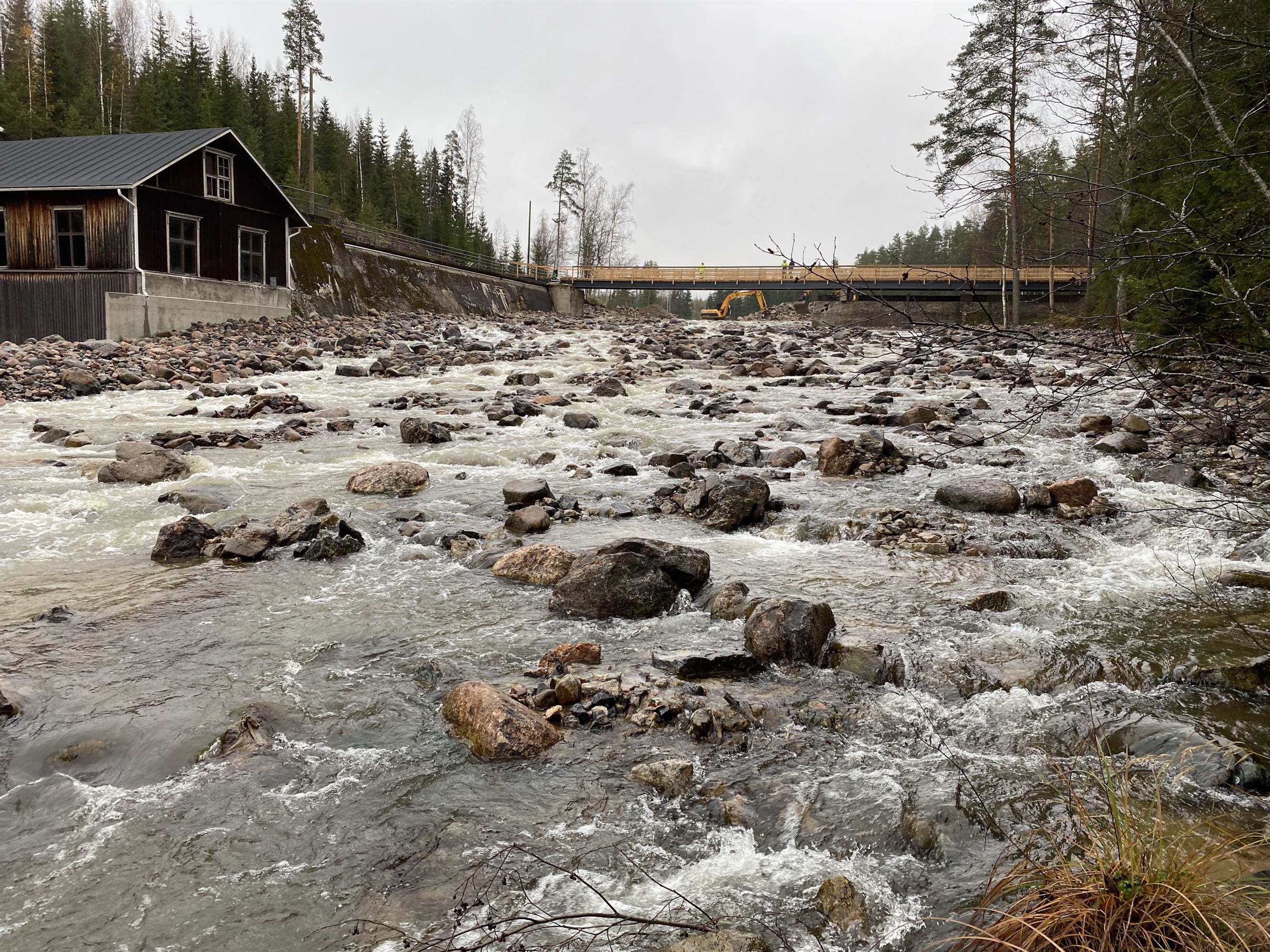 Figure 6. Lahnasenkoski rapids with the new bridge and the old power-plant building on the left 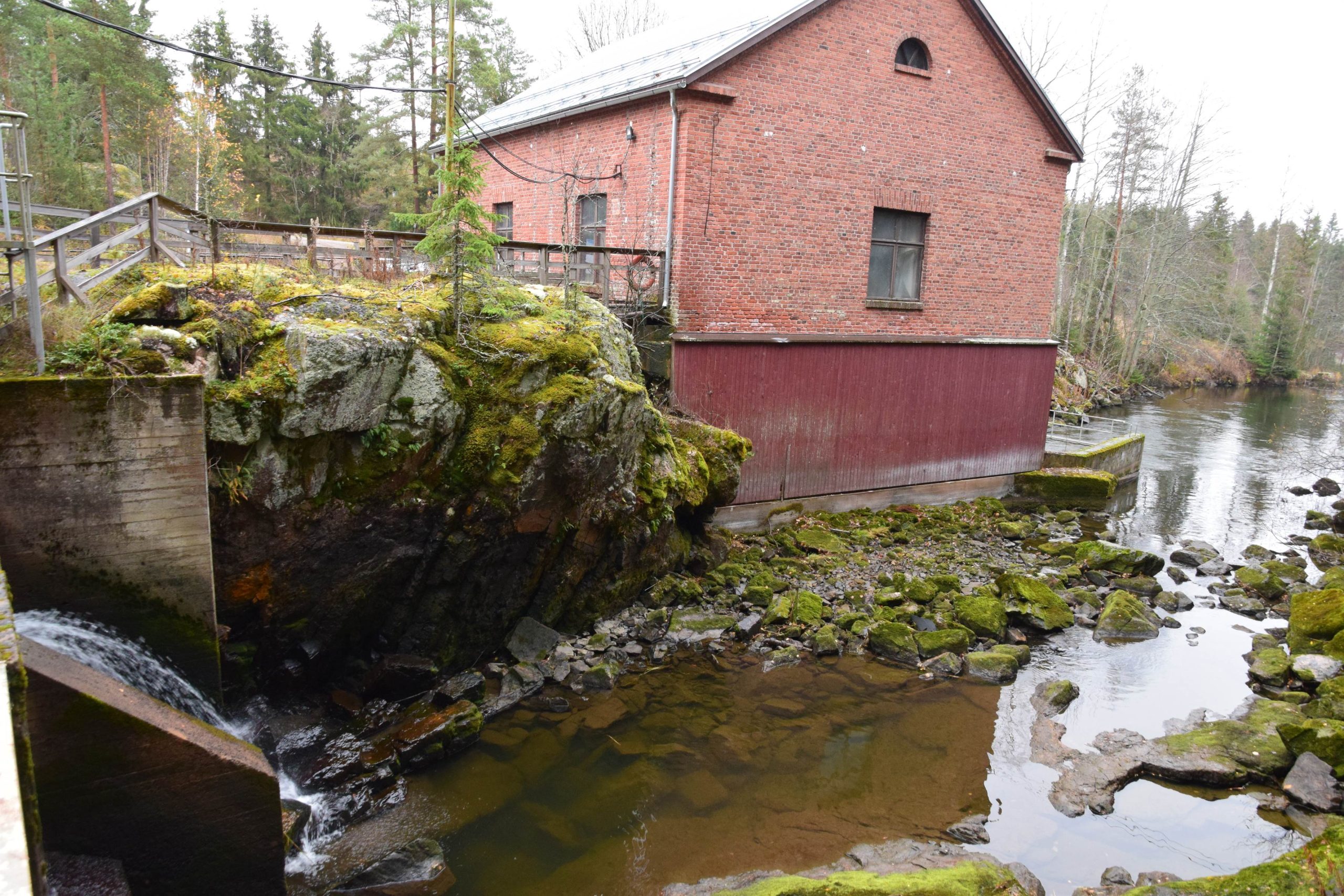 Ritakoski (the uppermost most dam) will be removed in the summer of 2023. After that, the river Hiitolanjoki will run free all the way from Lake Ladoga in Russia to the spawning grounds in Finland that were unaccessible for the past 100 years.

We are all very curious and excited to see how the land-locked salmon population will re-bounce and to which extent!