River Vejle is one of the best rivers in Denmark with clean water, high biodiversity and a stunning river valley. But since the mid 1900s, the River Vejle has been heavily regulated due to the cultivation and drainage of adjacent meadows. Now, restoration works will give the river new life.

In the early 1900s, the construction of several fish farms in the main river stopped the water from flowing freely to the sea. Today, there is almost no agriculture left in the river valley, and there are only a few fish farms left in the main river. One of the fish farms is in Lihmskov in the upper part of the River Vejle. For nearly 50 years the barrier at Lihmskov fish farm has stopped the free migration of fish in the river – primarily for brown trout and sea trout. 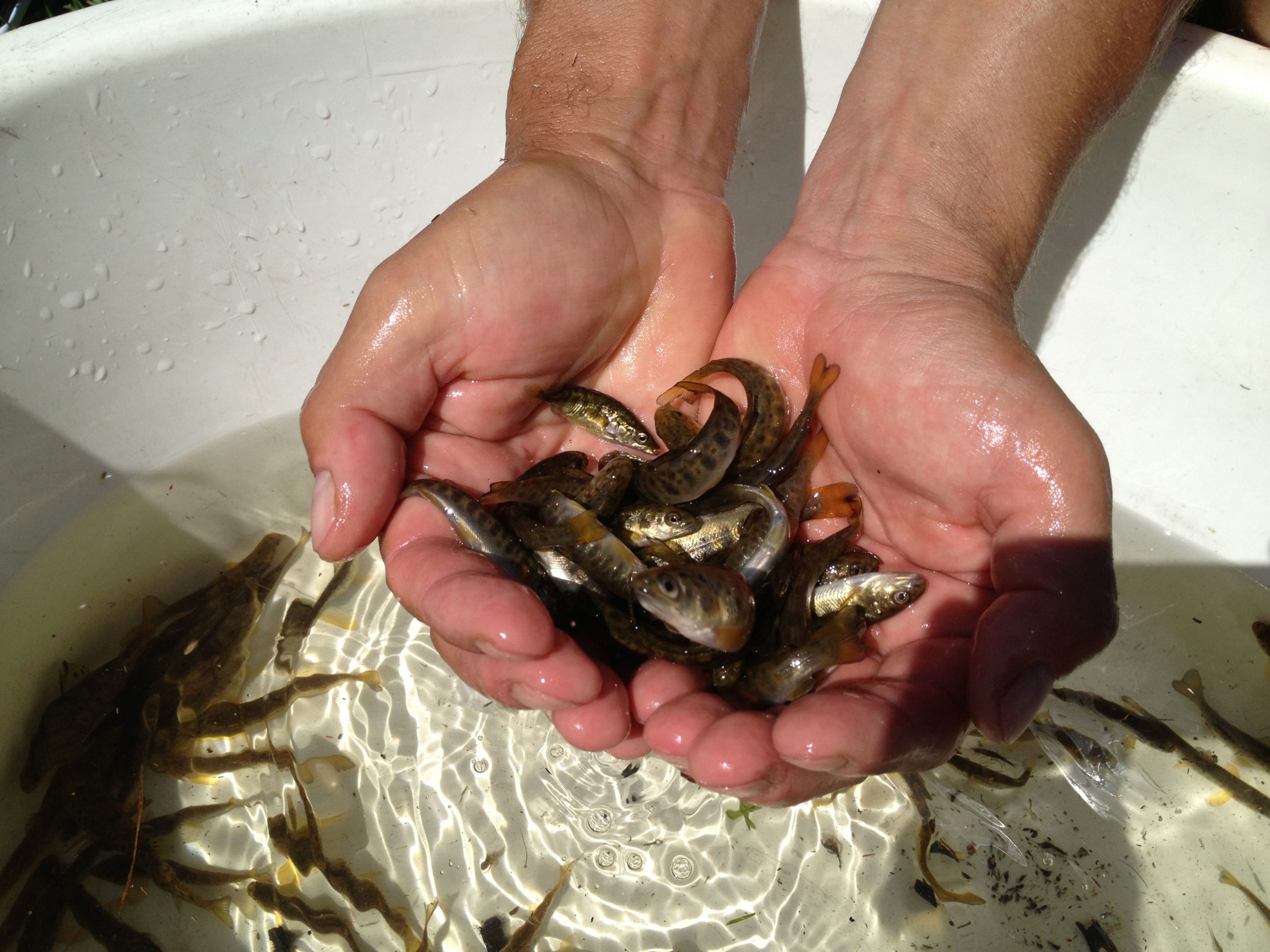 But in 2019 the Lihmskov fish farm was abandoned. Now, the Municipality of Vejle has a golden opportunity to free the river and restore and improve spawning and nursery habitats for the wild sea trout population.

The seatrout population has managed itself without restocking since 2008 thanks to a huge effort from the municipality and the local fishermen removing barriers and restoring spawning and nursery habitats in the main river and its tributaries. So the removal of the barrier at Lihmskov is another important step to ensure the continued growth of a healthy population of brown and sea trout in the River Vejle. Today around 5.000-10.000 seatrout enter the river every year from June to September. The biggest around 10-12 kilos! 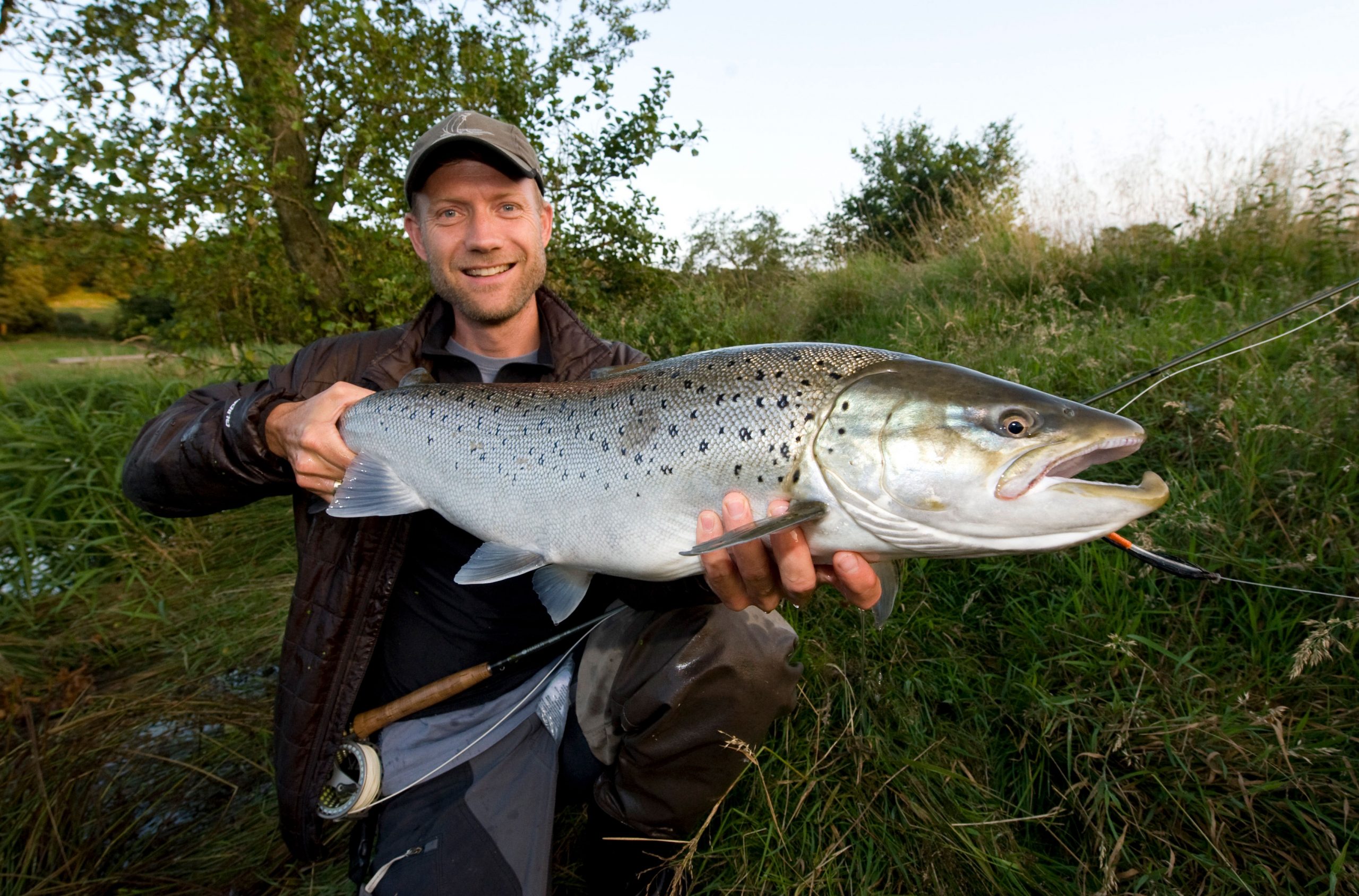 The project at Lihmskov secures the free migration of sea trout to the upper parts of the river, so that even more juvenile brown and sea trout can grow up, leave the River Vejle and enter as big, mature individuals in the years to come. 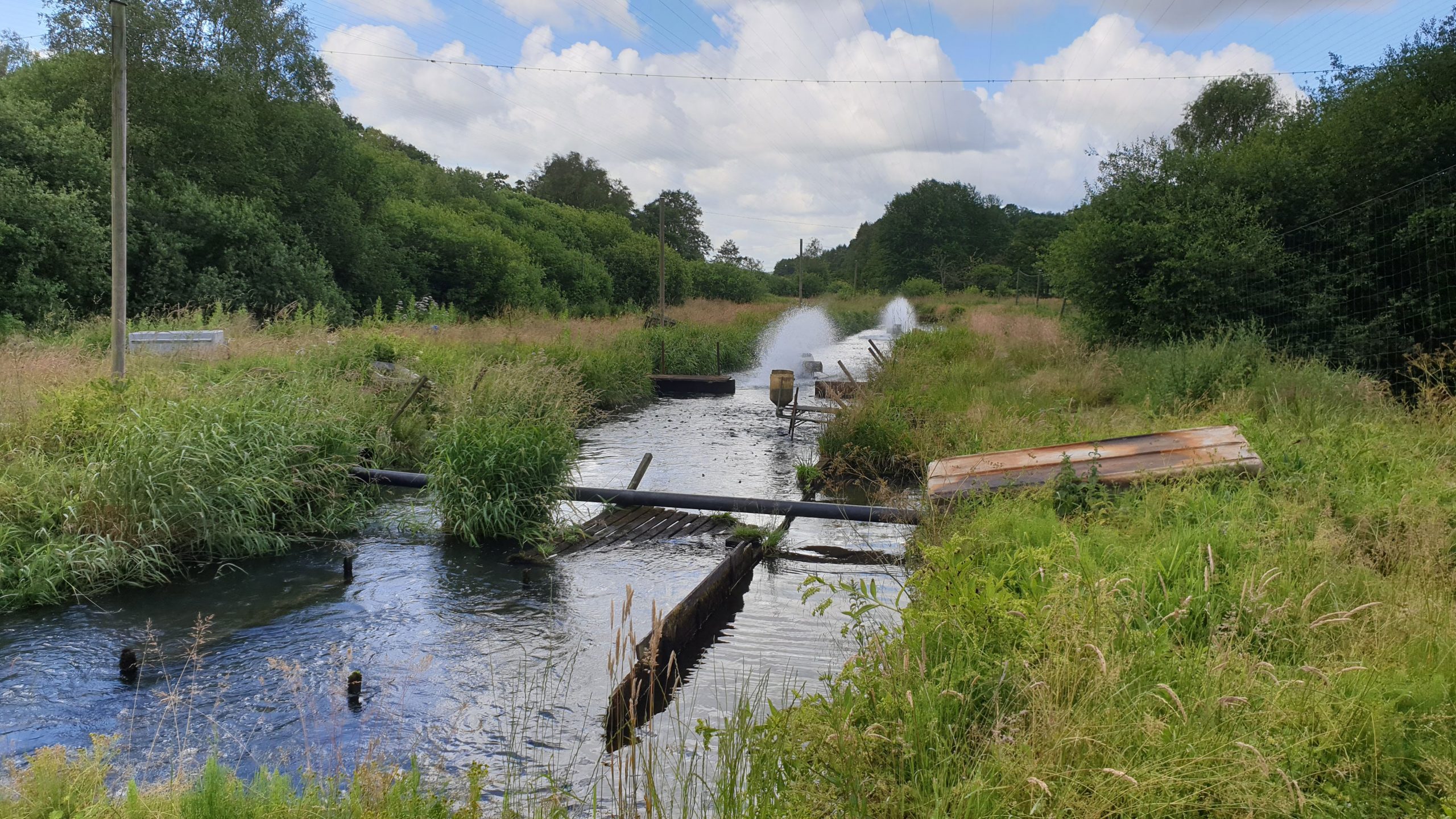 When we decreased the water level upstream the barrier it generated a massive flow/migration of sand, which has been deposited on the bottom upstream the barrier for many years. During this past winter we led most of the water through the old fish ponds, so that the migrating sand gets trapped in the ponds which is to be filled up later this year anyway. It saves us a lot effort filling the ponds, it saves the spawning grounds further downstream from an influx of sand, and it increases the survival of the new generation of trout fry.

In May, the Municipality of Vejle will start the removal of the barrier and the restoration of the spawning and nursery habitats. We also recreate one of the old meanders of the river. The project will be completed in early autumn 2020, and the total result will be 500 meters of optimal spawning and nursery habitats – and the recreation of natural hydrology in the river upstream the barrier, hopefully to the great pleasure of the fish, insects and other small river animals.

We are very much looking forward to the work.