In May 2021, during the conference “Dam Removal goes Alps 2021”, we discussed how to begin and carry out the process of dam removal. Four months later, in mid-September, the “Leucherhof” weir on the Baunach was removed! This is a great example of bringing theory and knowledge sharing into action. Learn more about this weir removal, and how it was inspired by practitioners around Europe through these resources:

In mid-September, WWF Germany, in cooperation with the Kronach Water Management Authority, removed the “Leucherhof” weir on the Baunach. It was formerly used for the irrigation and drainage of meadows but had long since lost its usefulness. The Baunach rises in a low mountain range in northern Bavaria and flows into the Main after 54 kilometres north of Bamberg. In some cases, it meanders untamed between meadows and forests. In sections it is designated as a Natura 2000 site. The river is home to brook mussels (Unio crassus) and small fish worthy of protection such as brook loner (Barbatula barbatula) and tailors (Alburnoides bipunctatus). Despite its partly unspoilt course, the Baunach suffers from sediment inputs from the surrounding fields and from dissection by transverse structures. 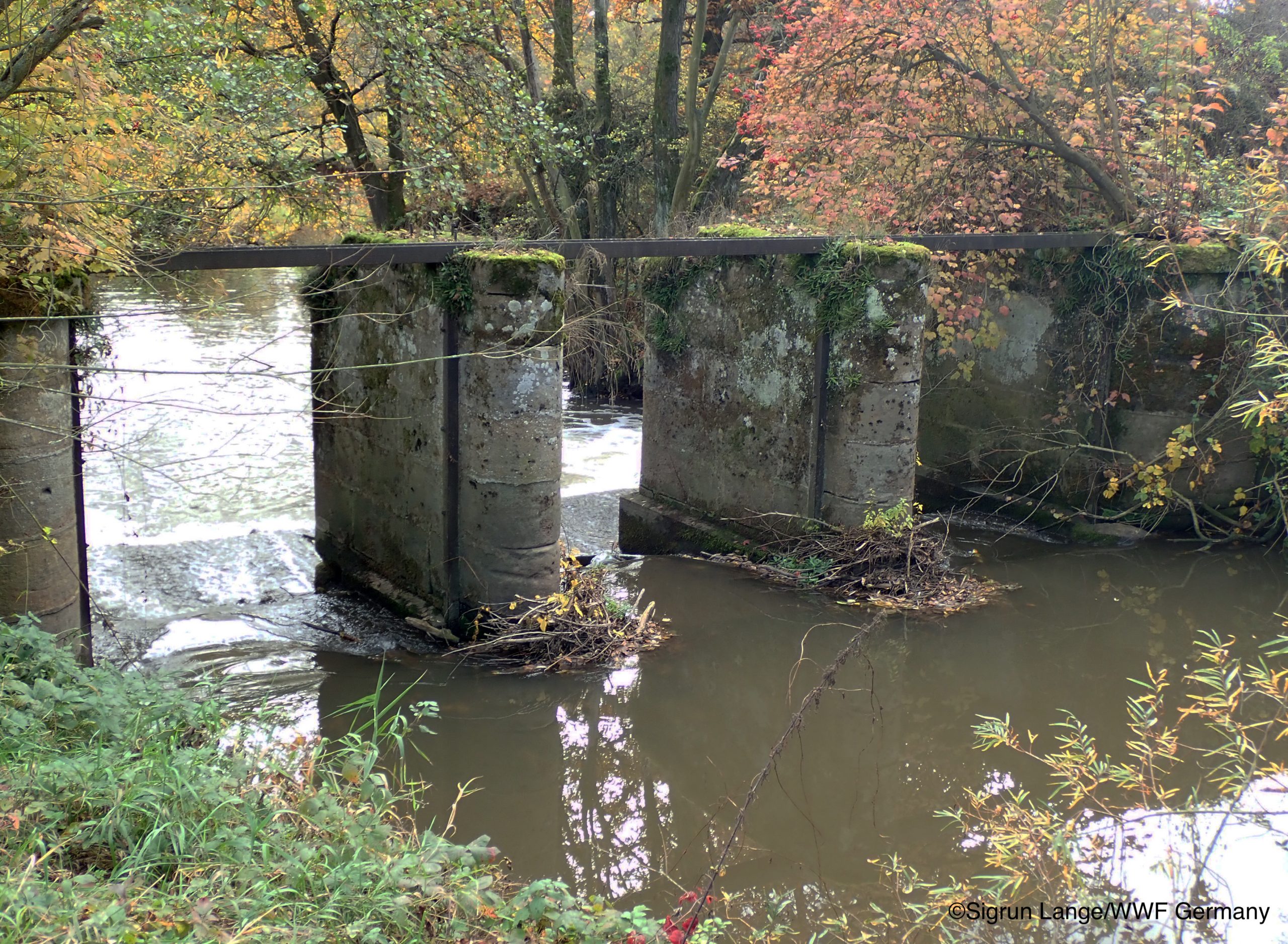 Only two months after a successful call for donations by WWF Germany, the excavators could be ordered, and the weir removed. In fact, the original owner of the weir, a cooperative, should have dismantled the obsolete weir. However, the cooperative existed only on paper, so nobody was responsible to intervene and give back a piece of freedom to nature.

After the dismantling, a flow route of more than six kilometres has been created — to the next weir, which still blocks the way of the fish into the Main. With the dismantling of the “Leucherhof” weir we have only begun, and more are to follow until the Baunach is again completely continuous and all aquatic organisms can migrate freely between the Main and the Baunach again. 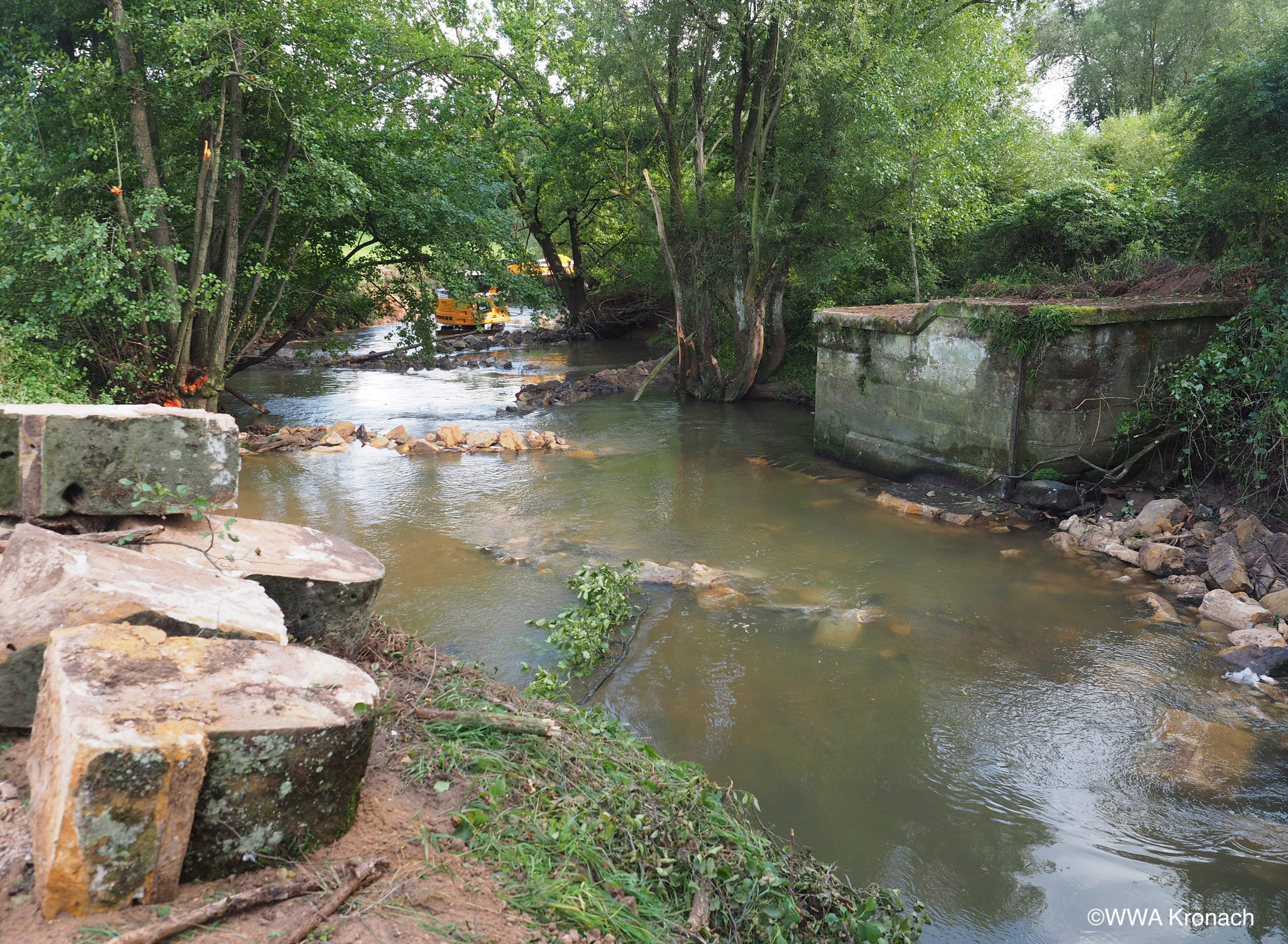