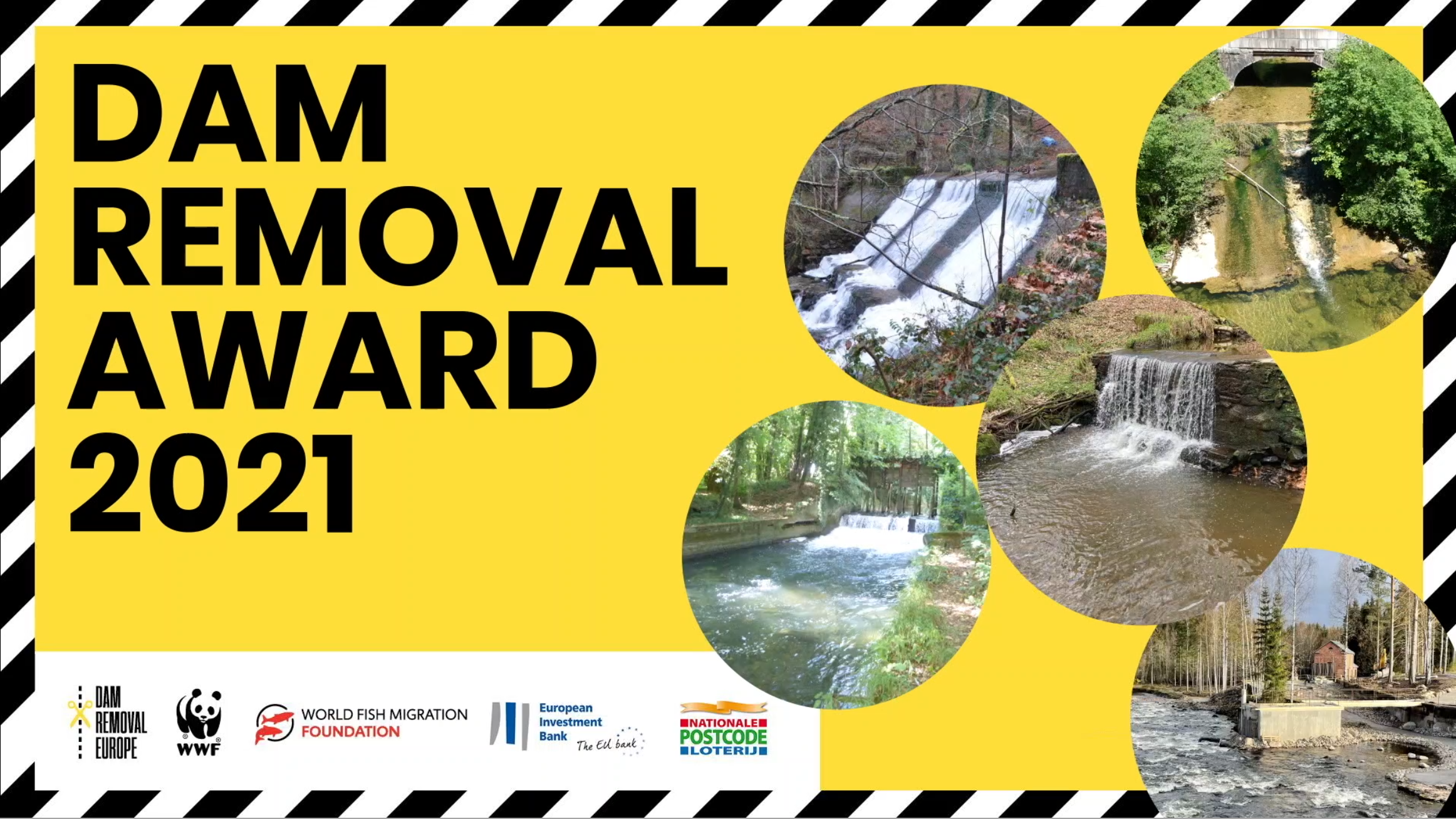 On Thursday May 19 at 1PM (local time) Dam Removal Award 2021 winner was announced in Lisbon during international seminar Connected rivers. The South Karelia Foundation for Recreation Areas impressed the Jury with their innovative and impactful dam removal. The Happy fish statue and 10.000 euro cheque will travel to Finland! 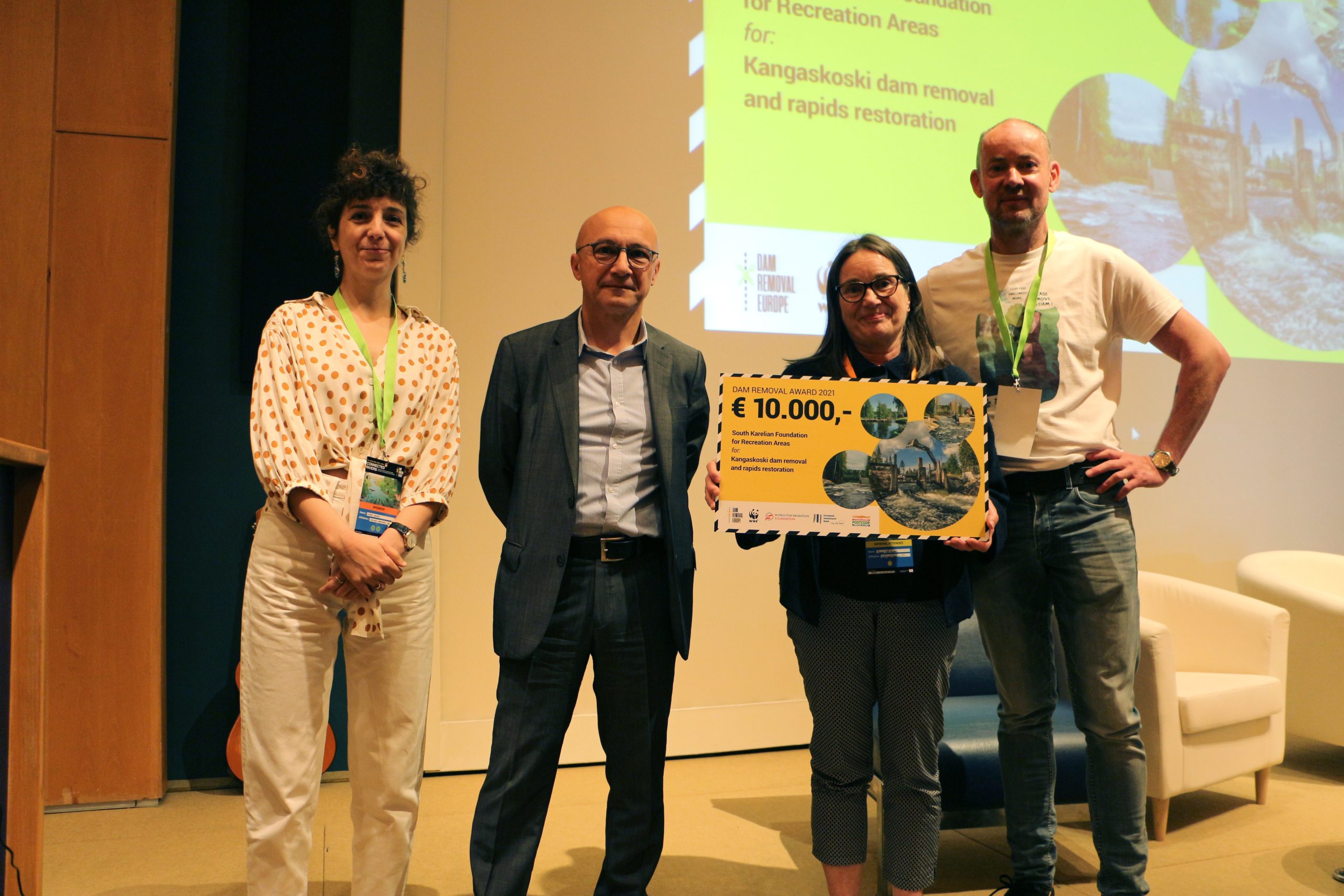 The first award of this kind in Europe at its first edition: a new way to celebrate the most innovative and inspiring barrier removals from European rivers.

After a selection of the top 5 projects out of the many submissions received, an independent jury of international experts with interdisciplinary backgrounds has finally announced the winner of this prized award.
This is the first award of this kind in Europe it’s a way to celebrate the most innovative and inspiring barrier removals from European rivers. The purpose is to make the civil society coalitions who complete successful removals proud of what they have achieved, encourage them to continue working in this field and to inspire others to follow this solution to restore rivers.
“Barrier removal projects are tangible and inspirational. They can bring people
together around a local cause and be the spark for change along an entire river. We want to help share the vision of free rivers and successful approaches.“ says Stephen Hart, Natural Capital Financing Facility, EIB.
The award is hosted by Dam Removal Europe, World Fish Migration Foundation, WWF and supported by the European Investment Bank.

Selecting the Top 5 among all the submissions has been a difficult work and even harder for the independent jury to select the final winner. Eventually the chosen project as most impactful and innovative it’s the removal of the Kangakoski dam in Eastern Finland. This is the first of 3 barriers that were all operating hydropower stations. The three hydropower plants have been purchased with the goal of removing their barriers and free the river for the benefit of endangered migratory species of fish and to restore an ecosystem lost for a century.
By fall 2023, when all dams will be gone, the endangered population of landlocked salmon will be able to spawn in sites that have been blocked by the dams. The most astonishing result is that five spawning nests have already been observed in Autumn 2021 right after the removal of Kangakoski dam!
“This project proved that what once unthinkable, is now possible. Removing hydropower dam to restore critically endangered landlocked salmon population will create new economic opportunities for the region,” says Fred Bloot, European Angling Alliance, member of the award jury.

”“There has been an enormous amount of work over a long period of time to liberate the river, and now is the time to celebrate,”

Hanna OllikainenCEO of the South Karelia Foundation for Recreation Area

”Kangakoski dam removal represents holistic approach to removing barriers; from partners consortium to stakeholder involvement and careful planning not only the removal works, but also restoration of the rapids. The project proved that once unthinkable – removing operational hydropower plant – is possible and can deliver positive shift for nature and people. The benefits of the removal were instant; newly opened river extends habitat and spawning grounds for endangered landlocked salmon population. First new spawning nests were observed soon after the removal and area is seeing increase in tourist visits, which shows the importance of Hiitolanjoki river restoration for not only migratory fish but also regional economy. 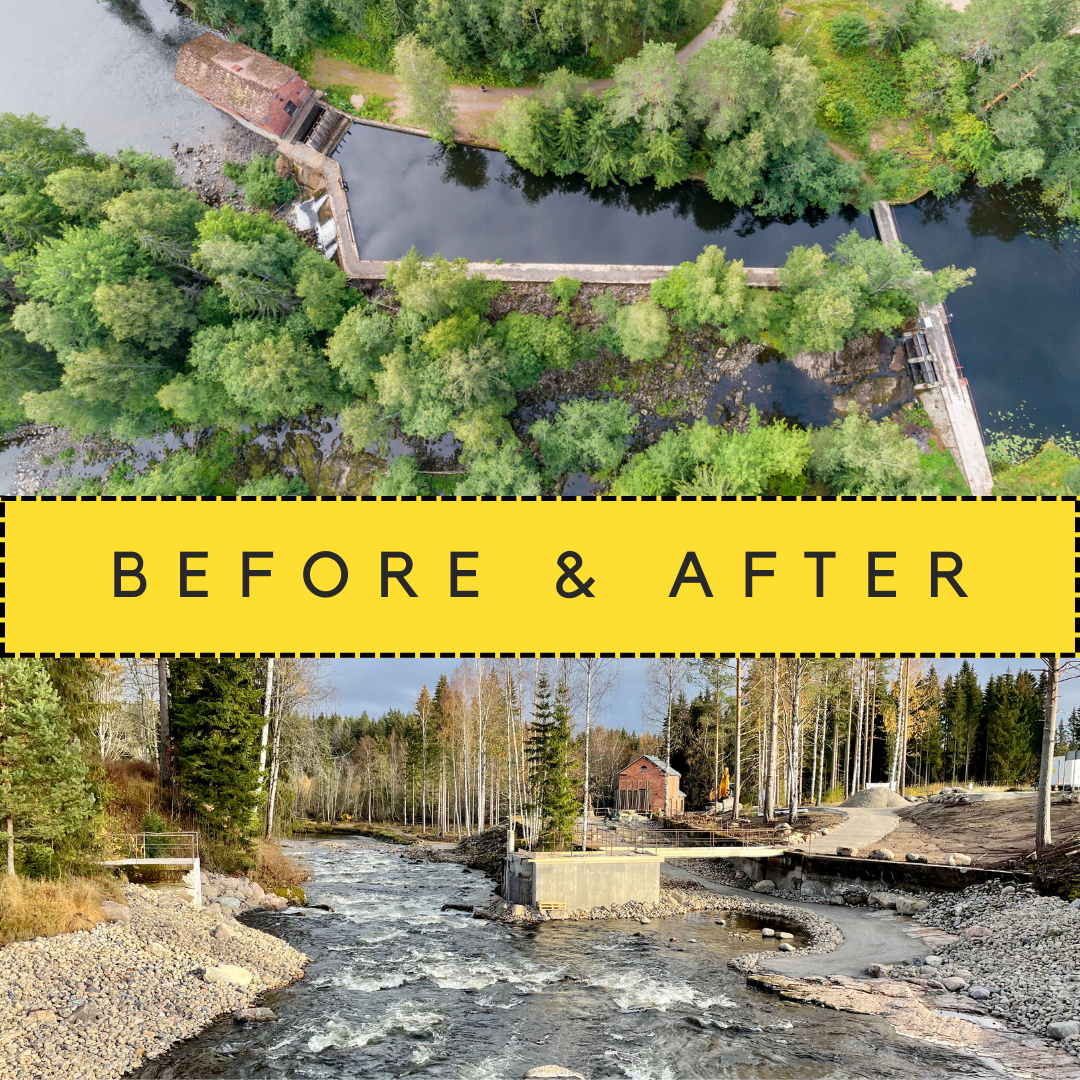 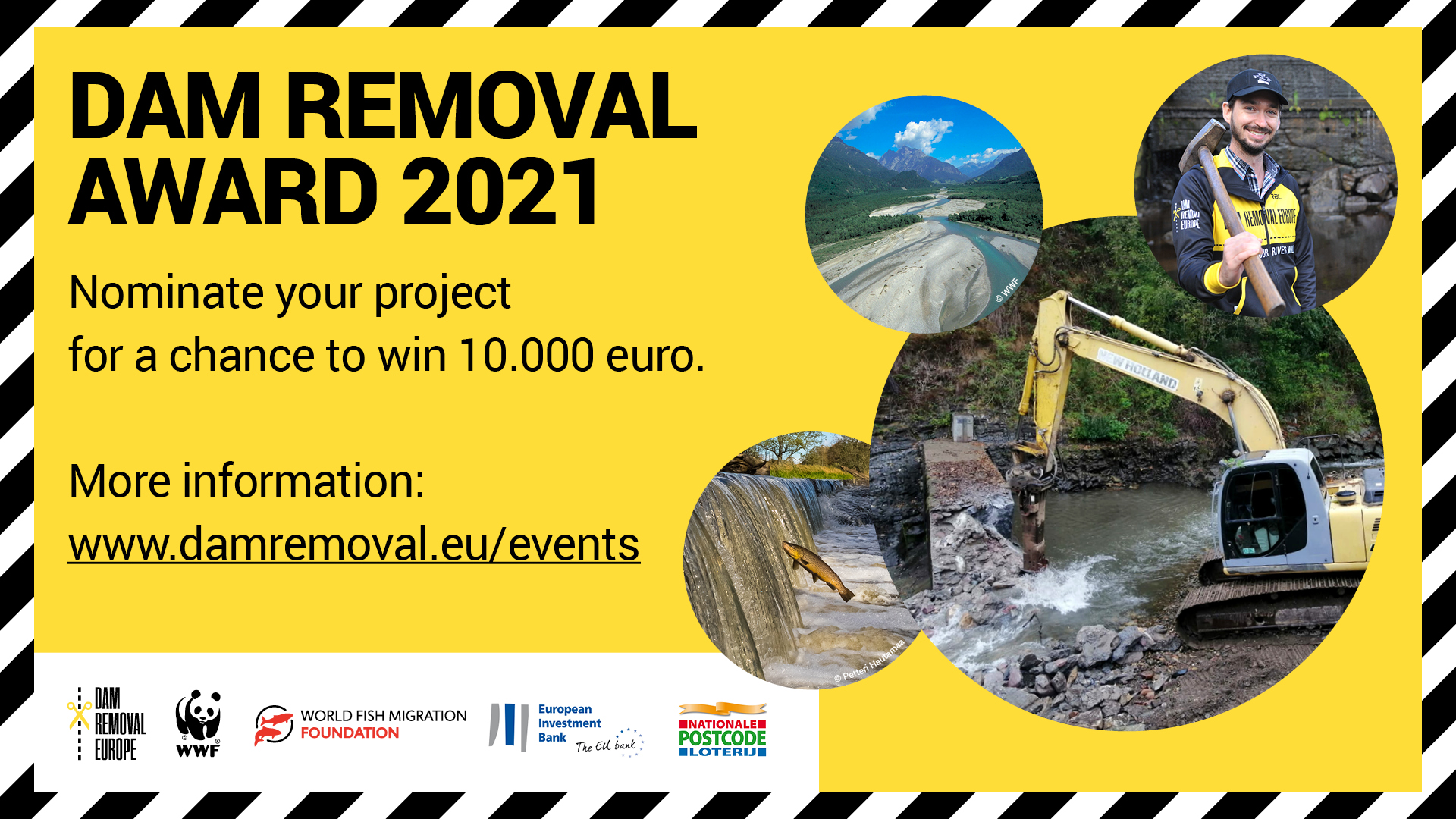